In a groundbreaking partnership with City College of San Francisco, SFMOMA hosts Diego Rivera’s monumental mural The Marriage of the Artistic Expression of the North and of the South on the Continent, more commonly known as Pan American Unity (June 28, 2021 – 2023) in the museum’s Roberts Family Gallery free space. The mural, originally painted in front of a live audience at the 1940 Golden Gate International Exposition on San Francisco’s Treasure Island, is comprised of 10 fresco panels and measures 22 feet high and 74 feet wide (nearly 1,800 square feet).

SFMOMA’s Pritzker Center for Photography, the largest space dedicated to the display and study of photography in any art museum in the United States, presents Diana Markosian: Santa Barbara (July 3 – December 12, 2021), a poignant documentary project at the intersection of photography and film. The unique photography series recreates the story of Markosian’s family’s journey from post-Soviet Russia to the United States in the 1990s. Tatiana Bilbao Estudio: Architecture from Outside In (July 17, 2021 – February 21, 2022), is a retrospective celebrating the Mexico City–based architect’s community-centered projects. Models, drawings and photographs illustrate Bilbao’s extensive research and proposals in response to how we live today, including a site model for San Francisco’s Hunters Point neighborhood.

NOTE: Dates are subject to change due to the COVID-19 pandemic. 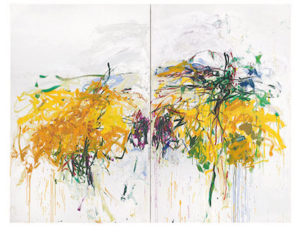 The painter Joan Mitchell has long been hailed as a formidable creative force. She first attained critical acclaim and success in the male-dominated art circles of 1950s New York, then spent nearly four decades in France creating distinctive, vibrant abstract paintings that draw on landscape, memory, poetry and music. With its world premiere at SFMOMA and co-organized with the Baltimore Museum of Art, Joan Mitchell will be a comprehensive retrospective featuring approximately 80 distinguished works. This exhibition will include rarely seen early paintings that established the artist’s career and colorful large-scale multi-panel masterpieces from her later years. With suites of major paintings, sketchbooks and drawings as well as an illuminating selection of the artist’s letters and photographs, the exhibition will open a new window into the richness and range of Mitchell’s practice. 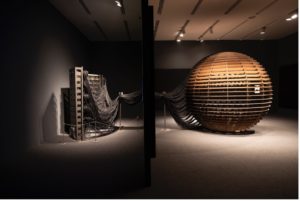 Rafael Lozano-Hemmer uses air and water, music and voices, text and light to create installations that are participatory and playful while raising questions about memory, poetry, and private and public spaces and environments. A media artist who works at the intersection of art, architecture, and performance, Lozano-Hemmer is driven by experimentation, bringing people, places and science together to expand the experiences of our interactions with each other and technology. This scaled-down version of the exhibition planned for last spring presents seven installations that reveal our agency within the “unstable presence” of data streams, atmospheric turbulence and voices of the past. 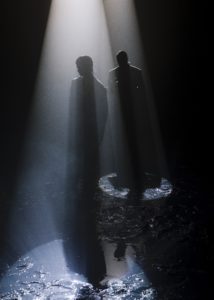 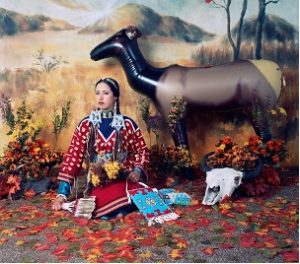 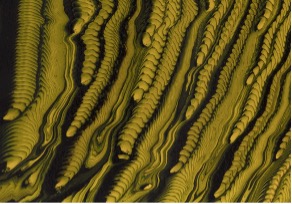 The San Francisco Museum of Modern Art is one of the largest museums of modern and contemporary art in the United States and a thriving cultural center for the Bay Area. Our remarkable collection of painting, sculpture, photography, architecture, design and media arts is housed in a LEED Gold-certified building designed by the global architects Snøhetta and Mario Botta. In addition to our seven gallery floors, SFMOMA offers 45,000 square feet of free, art-filled public space open to all.