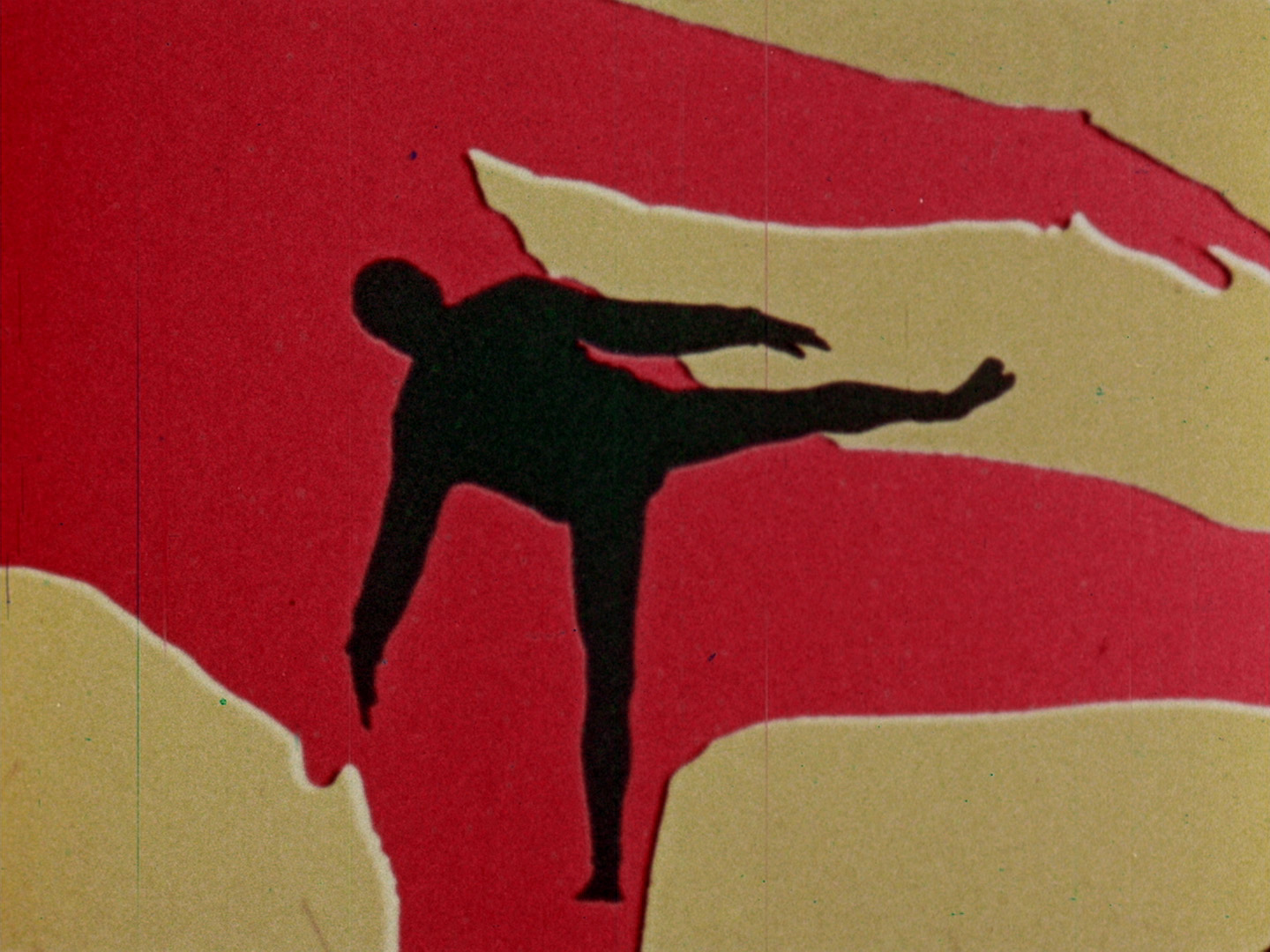 Filmed over several days in October and November 1968, Assemblage captures the spirit of late-1960s San Francisco with nine dancers outfitted in pastel sweats, mini dresses, and go-go boots performing choreography and “movements” featuring yoga and pedestrian actions such as falling or using stairs. Cunningham and his collaborators found inspiration in the sounds of the Bay Area, from its seascapes, flora, and fauna, to the human-made din of trains, crowds, and construction in the city’s redeveloping neighborhoods. Assemblage was designed with the film format in mind; production notes describe camera angles and superimposing of images in post-production, and foreshadows Cunningham’s full embrace of performance for camera in the 1970s.