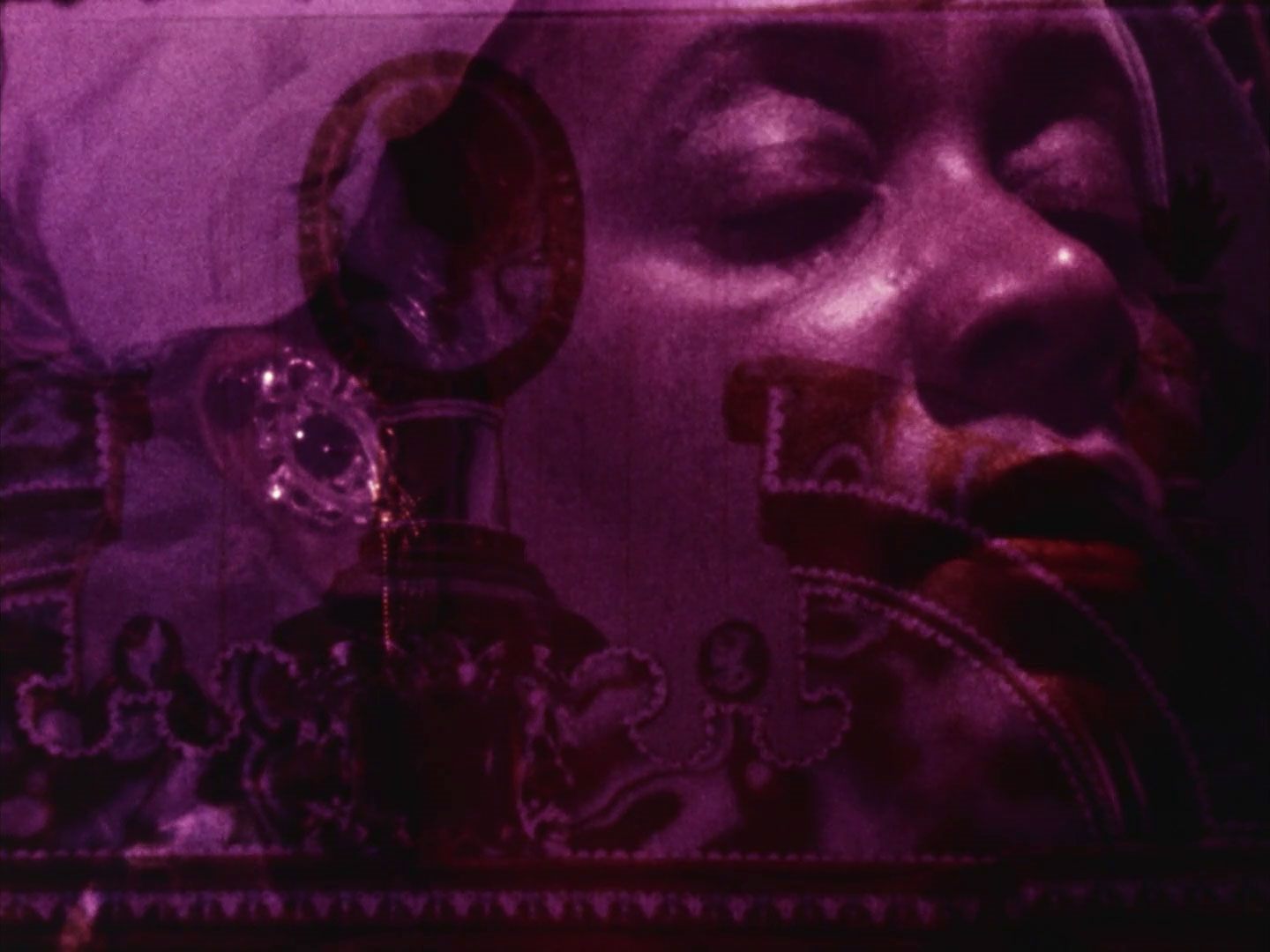 Edward Owens was a queer Black artist who worked in painting, sculpture, and 8mm film at the Art Institute of Chicago in the 1960s. He settled in New York and became part of a burgeoning late 1960s underground filmmaking scene. Although not a prolific filmmaker, Owens made several experimental films, largely portraits, and intimate studies of his own family and their circle. The achingly beautiful Private Imaginings and Narrative Facts is a silent work that fuses a baroque painterly style and photographic sensibility with experimental montage. Portraits of his mother adorned in fanciful costumes and striking regal poses are superimposed with other images to create a dreamlike world bridging realities of life with fantasy and desire.

The moving collage Remembrance: A Portrait Study, richly colored in warm tones and lighting and featuring a pop soundtrack, offers a follow-up portrait of Owens’s mother, Mildered, as she lounges with friends sharing drinks, cigarettes, and friendship.

This program screens in conjunction with Always Moving: African American Portraiture in Experimental Film, co-curated with and presented online by San Francisco Cinematheque. (This program was originally scheduled to screen in April 2020 but was canceled due to shelter-in-place requirements.)

Always Moving will be screened during the month of March, with an additional live presentation in April. Program details available at www.sfcinematheque.org.