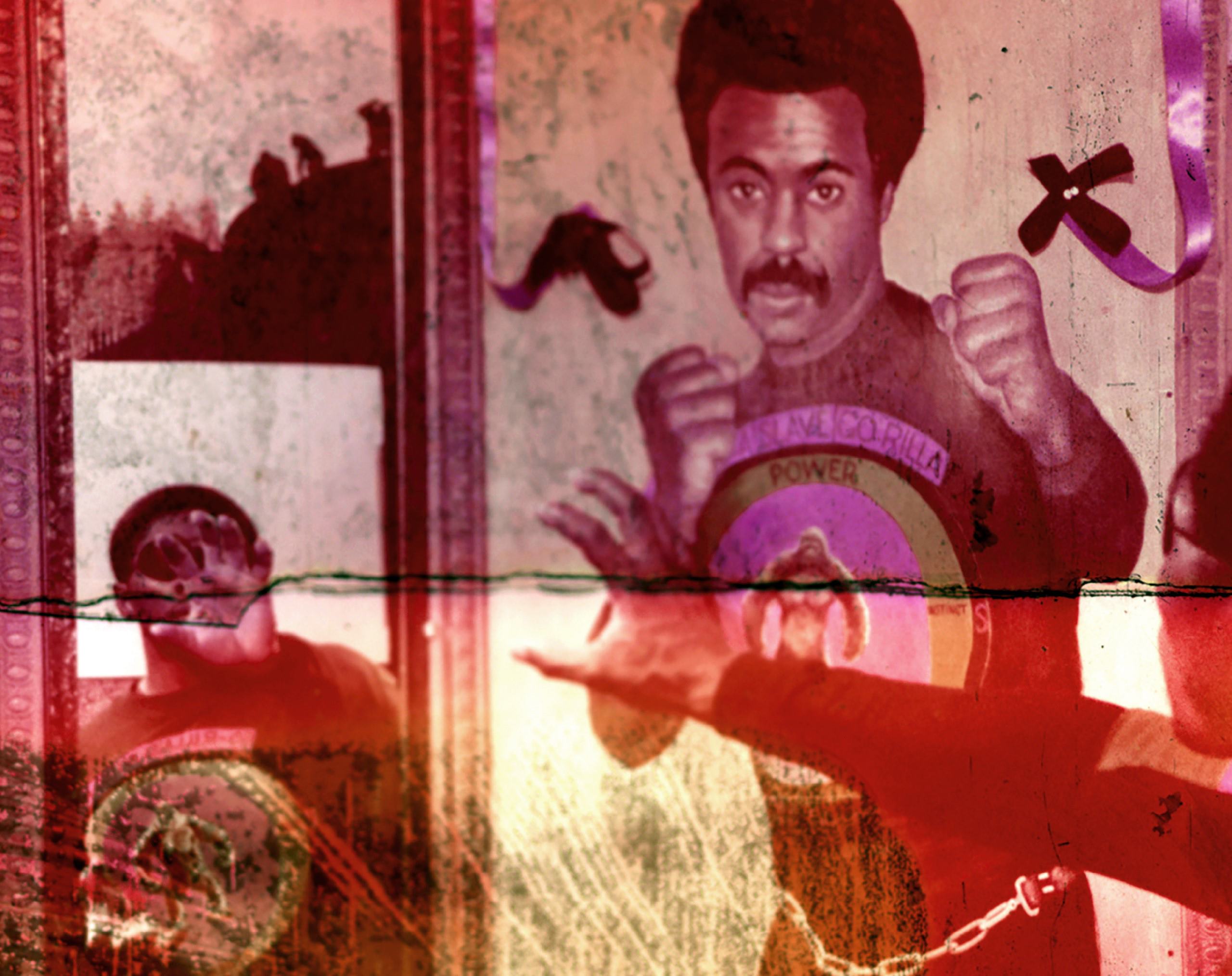 Throughout his career, artist and filmmaker Christopher Harris has used film and video to re-stage and explore Black American accounts of history. Using experimental film techniques, Harris brings disparate mediums into dialogue with one another to present multiple perspectives that speak to experiences of the African diaspora. In Reckless Eyeballing, the title taken from a Jim Crow–era prohibition against Black men looking at White women, Harris imagines encounters between characters from American films such as Birth of a Nation (1915) and the blaxploitation film Foxy Brown (1974) to explore “the gaze” from a Black cinematic context. Throughout the film he juxtaposes images of Civil Rights activist and Black Panther Angela Davis with those of Foxy Brown actress Pam Grier, mixing fantasy and reality and visually articulating how cinema’s cultural image bank conflates Black American women’s desirability with danger.

This screening marks the debut of the new 2K digitization supported by Canyon Cinema Foundation and the Academy Film Archive.

Film screens courtesy of the artist and Canyon Cinema.

Crystal Z Campbell is an artist, writer, and experimental filmmaker of Black, Filipino, and Chinese descent, and the founder of archiveacts.com. In 2010, while walking through the ruins of the abandoned Slave Theatre, once the center of Black culture and civil rights organizing in Brooklyn, New York, Campbell found a decaying 35mm film on the floor. She spent a year conducting archival research, manually scanning 20,000 frames of the film, which features Black men in various states of martial arts training among other imagery, and recording a soundtrack that merges fact and fiction. The result is a collaboration of sorts with the original filmmaker, who remains unknown to the artist. Campbell says, “Go-Rilla Means War, and its faded and discolored frames, are a metonym for Bedford-Stuyvesant’s deterioration by way of neglect, media demonization of Black bodies, and the War on Drugs, all of which formed a constellation leading to Bed-Stuy’s current gentrification.”