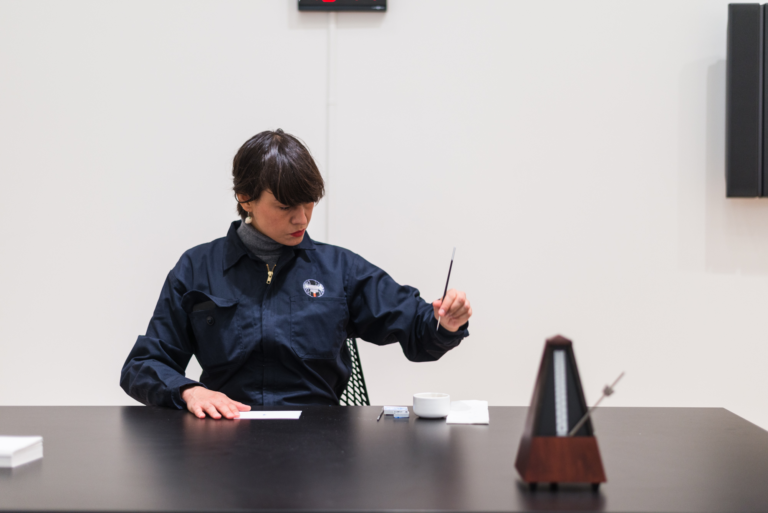 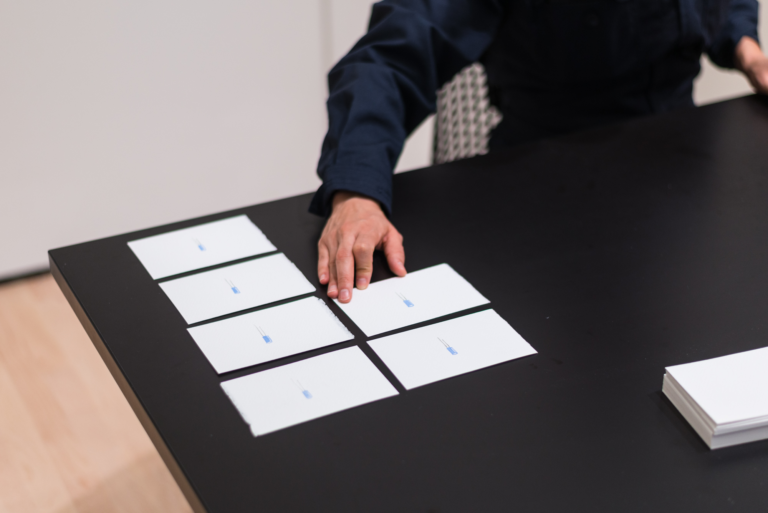 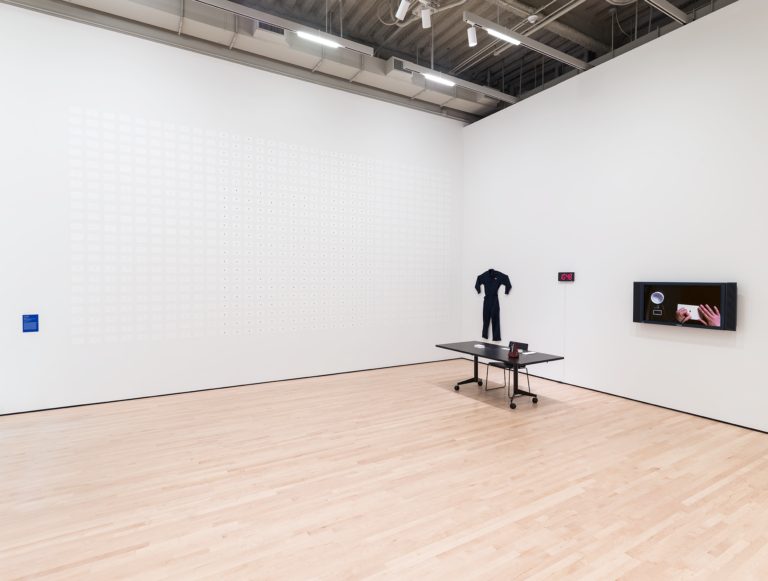 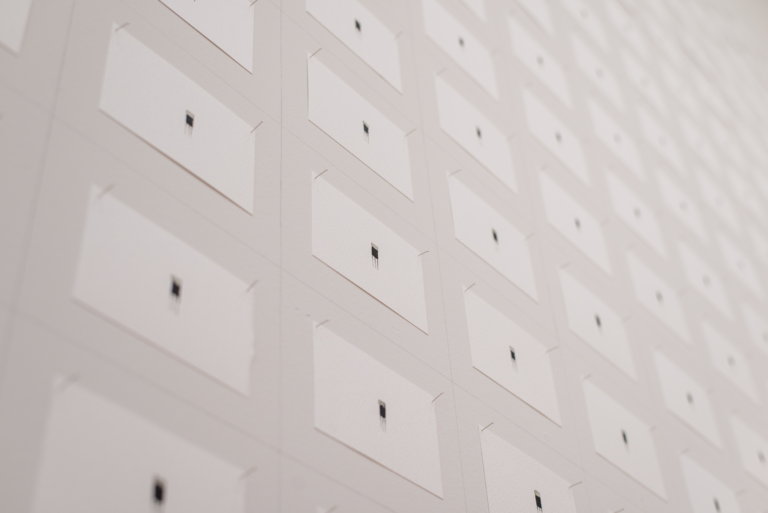 With Rhythmic Manufacture (2015/2017), Mexican artist Amor Muñoz stages a performance based on mechanical labor. In a striking reference to the factory assembly line, she translates the artistic act of drawing into the monotonous manual reproduction, on paper, of electronic components such as resistors and capacitators. Inspired by constructivist approaches to art and mass production, Muñoz also continues the tradition of body and durational performance, here synchronized to the steady rhythm of a metronome. In her own words, she performs “as a machine, conditioning the body and brain to a mechanical work, to a repetitive corporal pattern.”1 Minor variations in this laborious act of copying three-dimensional objects onto two-dimensional sheets of paper enhance the absurd juxtaposition of the artistic gesture with the industrial production of parts. Enacted live at SFMOMA during the opening days of Soundtracks and replayed on video for the remainder of the exhibition, the performance reflects the constant interaction between human labor, with all its imperfections and syncopations, and the near perfection of trained musicians, who skillfully follow but also consciously deviate from the regime of a preprogrammed rhythm.

The metaphorical underpinnings of this act of resistance to the urge of automation correspond to Muñoz’s practice of empowering people—particularly women—in marginalized communities by creating paid workshops for the production of artisanal textiles that double as electronic circuits. Her interest in indigenous textiles such as huipils—traditional embroidered garments woven and worn by Mayan women in Mexico and Central America—forms the basis of this work. The project Maquila Región 4 (2010–13) was inspired by the operations of factories along the Mexican-American border (maquilas) and the schematics of printed circuit boards (PCBs). In this mobile performative intervention, Muñoz employed a bike trailer carrying open-source technologies such as Arduino boards and electronic components used in phones and cameras to offer residents in economically disadvantaged areas of Mexico the chance to work for U.S. minimum wage, more than ten times the local minimum wage. The women who sought this job opportunity were tasked with sewing conductive thread into artisanal fabrics to create fully functioning circuit panels. Esquemáticos (2011) is a series of similar electronic textiles, hand embroidered based on Muñoz’s drawings. The resulting circuits generate sound in various ways when activated by viewing audiences.