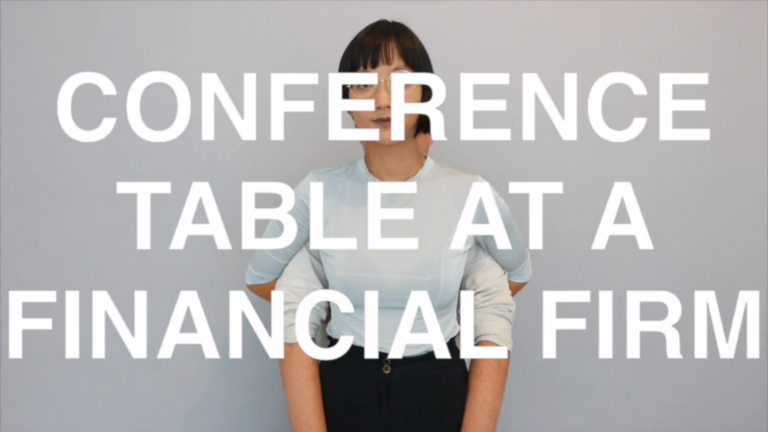 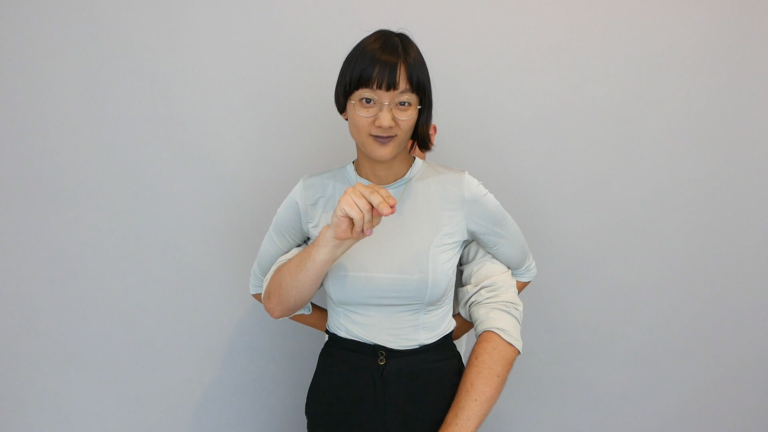 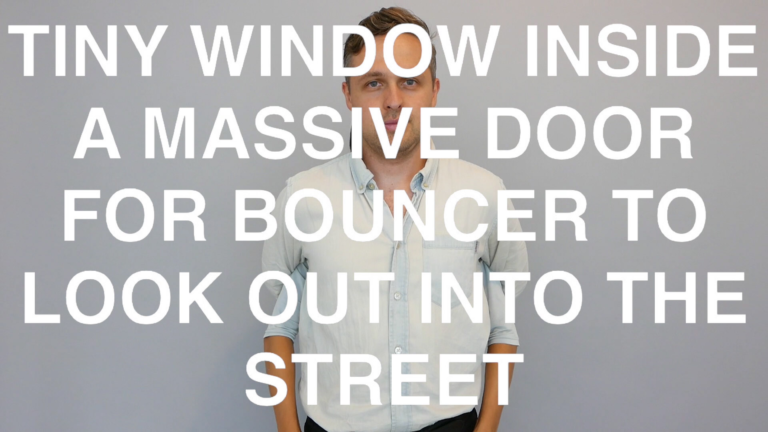 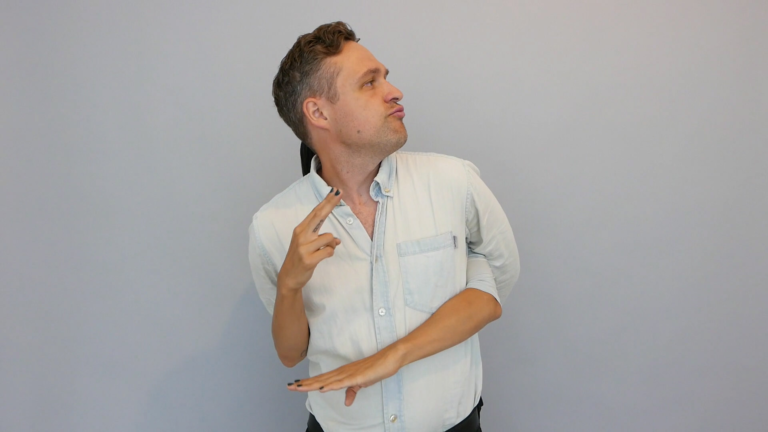 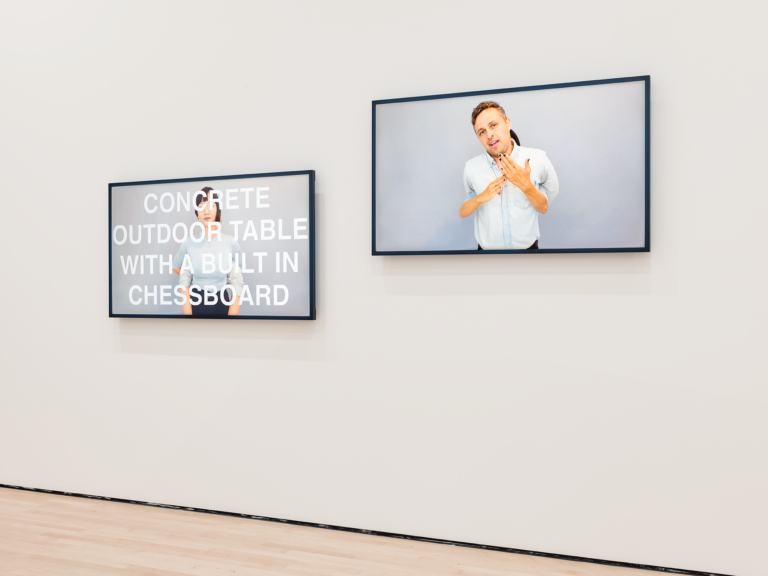 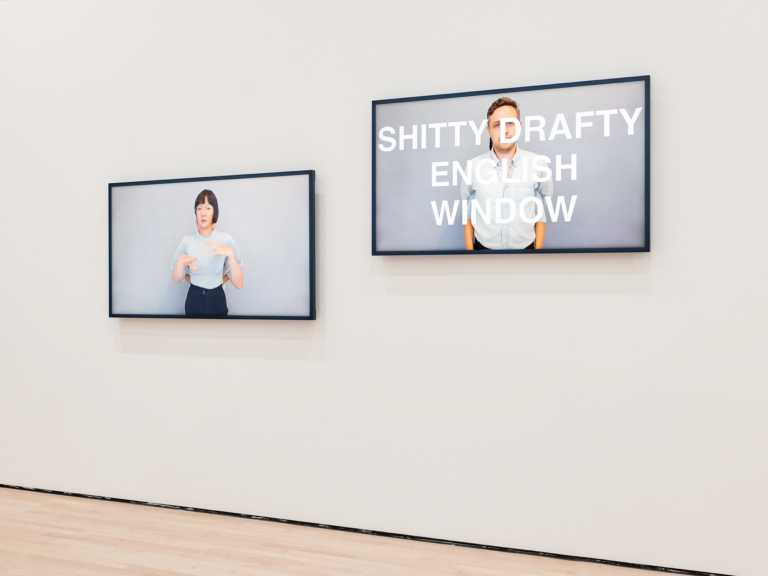 Christine Sun Kim and Thomas Mader’s Tables and Windows (2016) draws on sign language teacher Andreas Costrau’s observations that non-deaf students often struggle to describe rooms and objects within them in detail.1 In the two videos that make up this work, Kim and Mader combine facial expressions and hand gestures, adopting the format of the classic improv game known as “helping hands,” in which the arms of the “voice” player are hidden behind the back and replaced with those of the “arm” player. As they sign precise descriptions of various tables and windows, Kim and Mader alternate roles in the two videos, bringing different skill sets as a native American Sign Language (ASL) speaker and an ASL learner. More than half of ASL is conveyed through the face, rather than manual gestures. Hand signs act as “classifiers” to designate type, shape, and size, while face markers—such as eyebrow or lip movements—provide nuance that can alter or further contextualize the meaning. Native ASL speakers find it natural to describe both spatial and tactile qualities. For example, Kim’s moving face adds texture, position in space, and personality to Mader’s hand signs for “oversized round wooden table.”

In addition to ASL storytelling and improv, Tables and Windows refers to choreographer William Forsythe’s technique of “room writing.” In this method to build precision in improvised movement, dancers use specific body parts to trace an imaginary room and its furniture from memory, while keeping track of the invisible walls and objects as they navigate the space. The staggered height of the videos, whether shown on the wall or on suspended screens, echoes the typical spatial relationship between tabletops and windows in a room.

The two Berlin-based artists employ the same arm-game format in the video Classified Digits (2016) to humorously describe common awkward social scenarios. Kim has more broadly addressed behavioral expectations and norms in social situations, an attention informed by experiences of having read and learned “sound etiquette” from the reactions of hearing people. Becoming aware of the noises we unconsciously produce, and their potential to disturb others, has been a point of departure for other works. Through diverse media, Kim has explored multifaceted ways of comprehending sound and making noise perceivable visually, physically, or conceptually.

In their frequent collaborations and respective practices, Kim and Mader foreground different methods of communication. Kim utilizes various graphic and musical notations to expand on what each system can communicate. She has observed that “ASL is highly nuanced and functions almost like music, except that it does not have sound. There is even a ‘writing’ system for ASL that is similar to musical notation. In some of my projects, it feels like I employ music as a vehicle for ASL, like I do with sign language interpreters as a vehicle for my voice.”2 The collaborative effort wittily embodied in Tables and Windows reflects the way Kim often conducts performers or audience participants to lend a “voice” in her works, opening a space for exchanges that do not privilege audible communication.3