Between Art and Quarantine: Our Favorite SFMOMA Art Recreations

You may not be able to recreate the full museum experience at home, but a group of innovative art aficionados proved you can still find inspiration within a museum’s collection — even from a distance.

Joining hundreds of fellow art lovers, SFMOMA school guides and social media followers participated in the #BetweenArtandQuarantine viral campaign, which encouraged users to don costumes and root around their closets to recreate their favorite works of art. Started in late March by the Getty Museum in Los Angeles, the campaign now includes museums and fans across continents and has birthed scores of delightful, playful images.

Our favorite results, from the impressive to purposefully comical, use household wares like old shoes, cardboard boxes, and stuffed animals to recreate seminal works. Enjoy some examples below; you may be inspired to join in! 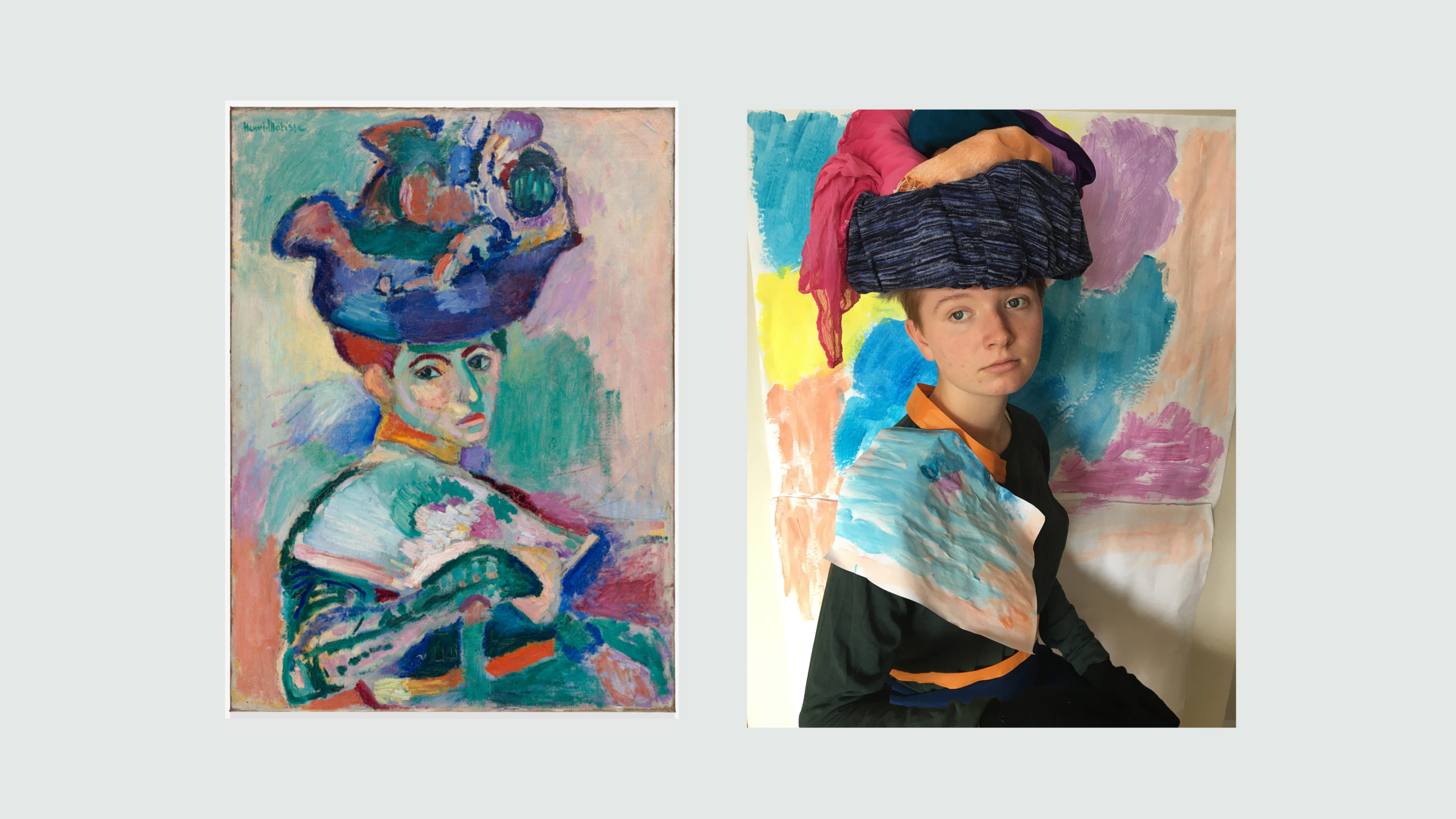 Natalie Campbell, an SFMOMA school guide, helped her daughter transform into Matisse’s vibrant portrait of his wife Amélie—one of SFMOMA’s most beloved artworks. With its expressive brushwork and non-naturalistic style, the original painting caused a stir when it was first exhibited in Paris in 1905 as part of an exhibition of painters critics called “les Fauves,” meaning “wild beasts.” Learn more about the painting and Fauvism in one of SFMOMA’s Artwork Guides. 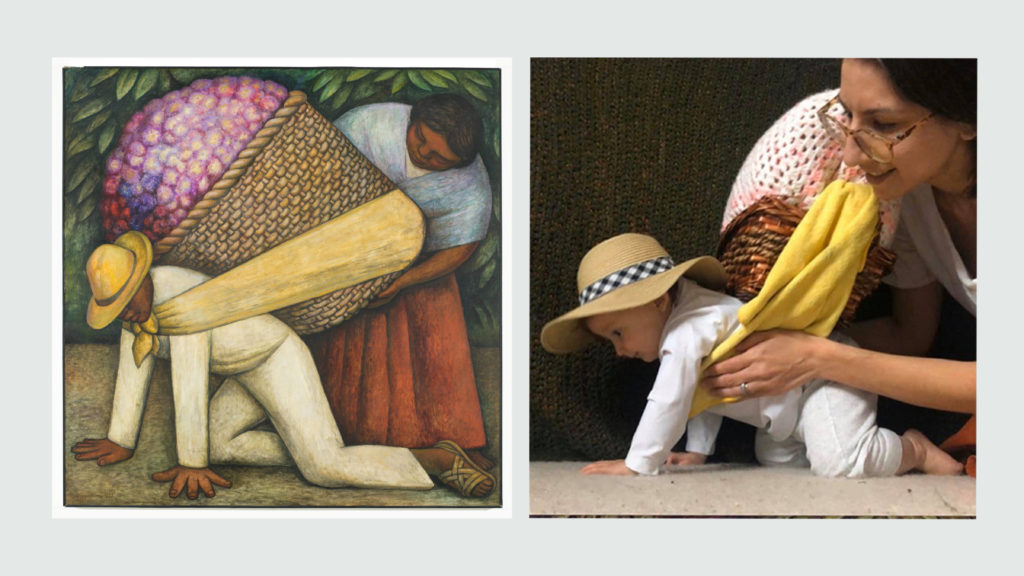 SFMOMA public guide Yvonne Cheng enlisted the help of her friends to put a delightful spin on Diego Rivera’s The Flower Carrier which is remarkable in part for its bold colors, geometric shapes, and stirring political message. Learn more about Rivera, and the meaning behind this work, in this American Masters episode from PBS. 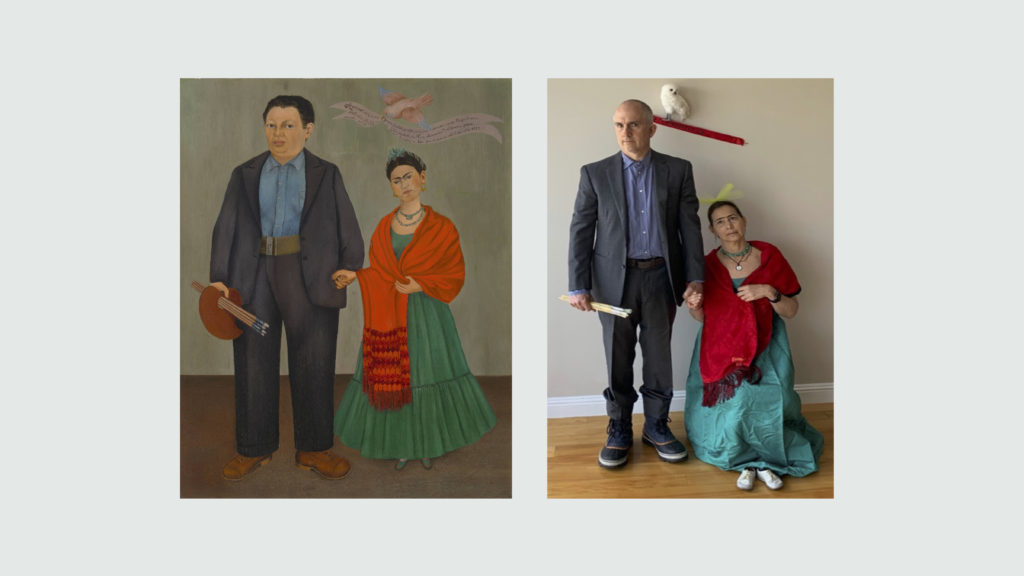 SFMOMA school guide Ally Sievers and her partner went to great lengths to recreate Frida Kahlo’s 1931 painting, made when the artist and her husband Diego Rivera were in San Francisco. The couple had been married for two years by the time Kahlo painted it, but it is widely regarded to be a wedding portrait. Learn more about Kahlo’s enduring legacy at the Frida Kahlo Museum website. 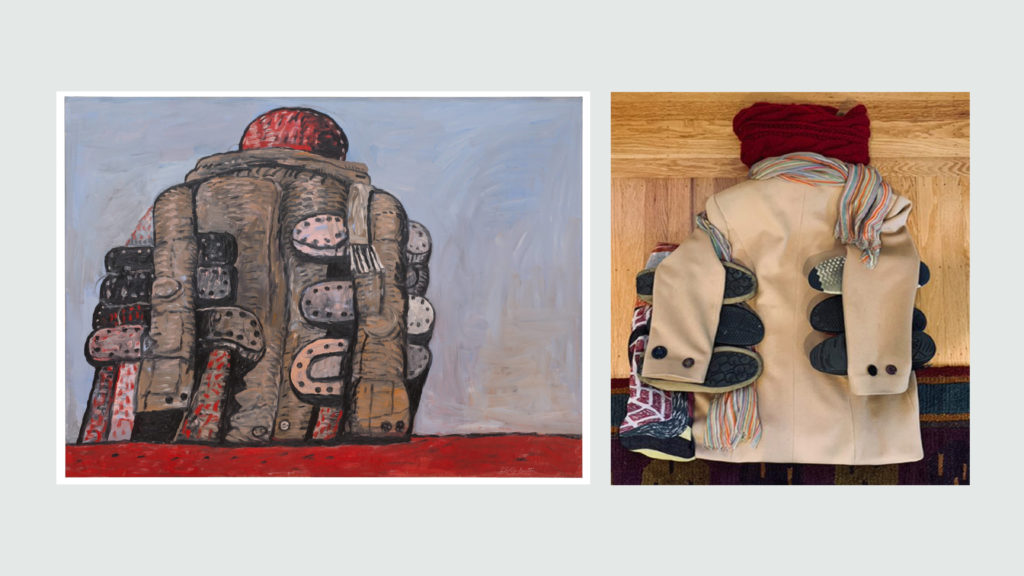 Philip Guston, Back View, 1977. Gift of the artist © The Estate of Philip Guston; recreation by Yvonne Cheng, SFMOMA guide

Philip Guston’s Back View, recreated here by SFMOMA guide Yvonne Cheng, marks a departure from his more abstract work. The artist once remarked that he initially intended to become a comic-strip artist or a cartoonist, an aspiration that is hinted at within this piece. Watch a video on Guston’s studio process in this video from our online collection. 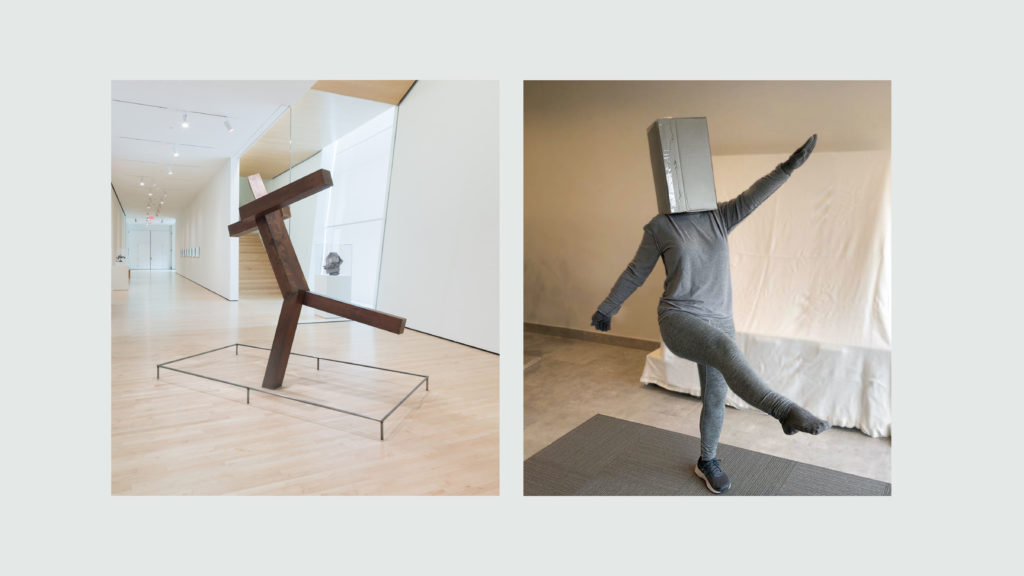 Joel Shapiro’s abstract human form remains wholly dynamic in this imitation from Instagram user @nerissassippi. Shapiro, who lives and works in New York City, has long created works that toy with gravity and the appearance of space and flight. Learn more about the artist and his practice on ArtNet.