“Cat. No. 286,” an inscription denoting the work’s catalogue number, was added in white chalk to the back of Collection when it was shown at the Tate Gallery, London, in 1964 as part of the group survey Painting and Sculpture of a Decade, 1954–1964. The exhibition marked Collection’s European debut and was one of a series of 1964 exhibitions that signaled a turning point in Rauschenberg’s career. The year began with a high-profile solo show at London’s Whitechapel Gallery, followed by a controversial victory at the Venice Biennale, where he won the Golden Lion, the top prize. Two more solo shows, both including Collection, followed: one at Museum Haus Lange in Krefeld, Germany, the other at Galerie Ileana Sonnabend in Paris. 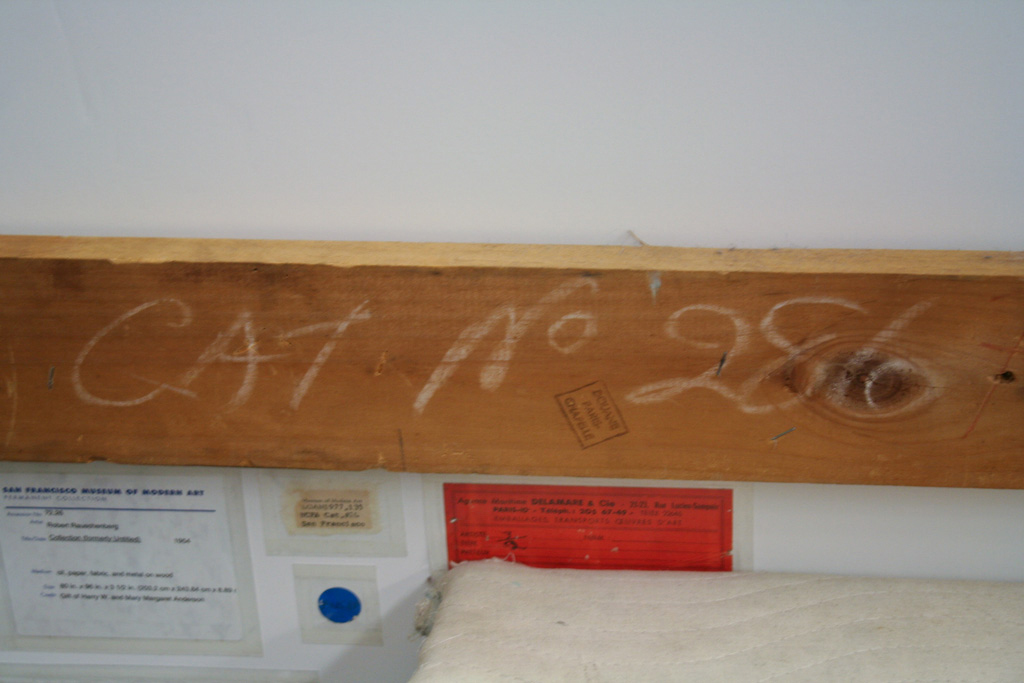