Since 1972, Collection has been on view nearly continuously in SFMOMA’s permanent collection galleries. Most recently, it has been a fixture in the Anderson Gallery, which houses artworks donated by Bay Area collectors and art patrons Harry W. and Mary Margaret Anderson. Occasionally, Collection has been given new contexts in special exhibitions such as Aesthetics of Graffiti, a 1978 show organized by Rolando Castellón that examined the parallel but sometimes conflicting aesthetics of street graffiti and graffiti-influenced fine art. Here Collection hangs second from the left, installed in the museum’s original building on Van Ness Avenue in San Francisco. 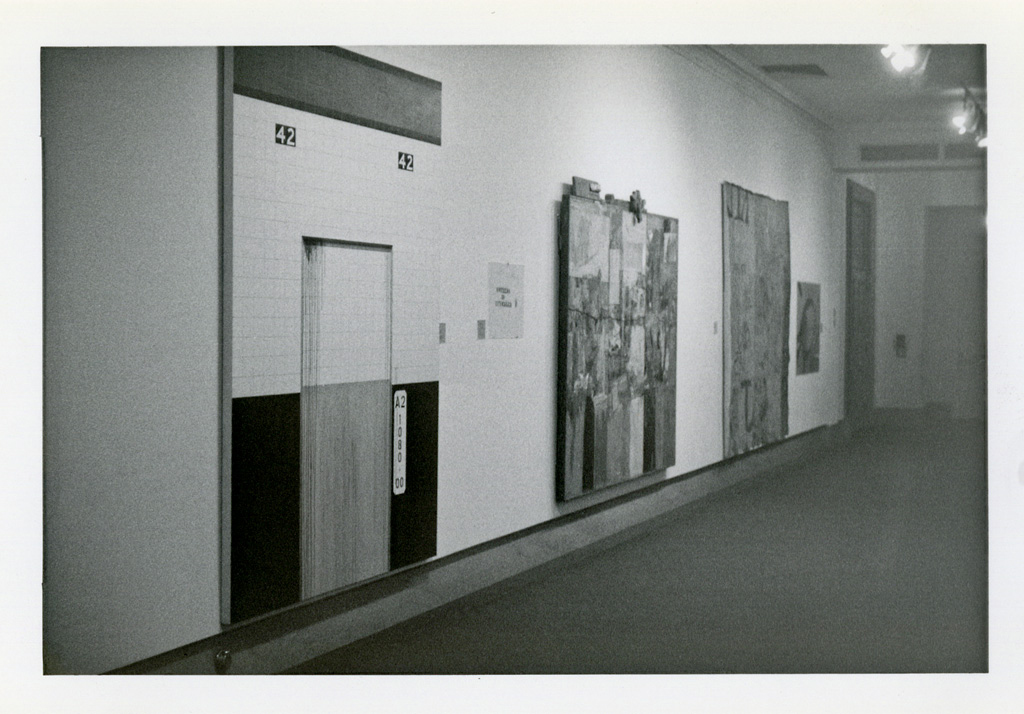