Branden W. Joseph considers Collection as evidence of Rauschenberg’s analytical engagement with the conventions of painting, particularly the heroic rhetoric of Abstract Expressionism and the strategies of the early twentieth-century Dada artists and Marcel Duchamp (1887–1968). Joseph’s essay was published on the occasion of a major exhibition of works from the private collection of Harry W. and Mary Margaret Anderson, organized by SFMOMA in 2000. The Andersons purchased Collection for SFMOMA in 1972.

Collection, as Walter Hopps observed, is probably the first of Rauschenberg’s works to evince all the characteristics of a Combine, that hybrid of painting and sculpture that the artist developed in the 1950s.1 Yet, despite the challenge to conventional categories posed by its collage and the addition of objects that transgress the limits of frame and picture plane, Collection stands primarily as a reflection on the contemporary status of painting.

In his White Paintings and Black Paintings (1951–53), Rauschenberg had avoided all aspects of composition and expression associated with painting defined either as a product of gesture (Abstract Expressionism) or as color combination (Josef Albers and Color field Painting). As Rauschenberg recounted, “I was very hesitant about arbitrarily designing forms and selecting colors that would achieve some predetermined result, because I didn’t have any ideas to support that kind of thing.”2 Even when “arbitrarily” choosing red for his third major series of works, he kept largely to the monochrome, entrusting color variation primarily (as he had in the Black Paintings) to the material interactions of paint with the collaged ground.3

By contrast, from its inception Collection confronted the issue of color combination directly. As reported by Hopps, the work began as three monochrome panels painted red, yellow, and blue.4 Although subsequently obscured by additions of paint, newspaper, cloth and other materials, the bottom third of each panel still reflects its original state: red on the left, bisected by blue; yellow in the center, bisected by red; and blue, similarly bisected by red, at the right. Yet, if this programmatic statement of multiple colors stood for Rauschenberg as the beginning of an engagement with painting, it also signaled the conclusion of painting as a modernist practice oriented to the progressive reduction toward an “essence” of color applied to a flat surface. For that was how Aleksandr Rodchenko had characterized the paradigmatic monochrome triptych he produced in 1921: “I reduced painting to its logical conclusion and exhibited three canvasses: red, blue and yellow. I affirmed: It’s all over. Basic colors. Every plane is a plane and there is to be no more representation.”5 Undoubtedly unaware of Rodchenko, Rauschenberg was too well acquainted with the similarly teleological and reductive thrust of Greenbergian formalism not to understand the eschatological implications of Collection’s starting point. Thus, more than simply about painting, Collection reflects on the possibility of painting after the end of (modernist) painting.

Rodchenko’s subsequent trajectory would lead him to documentary photography and the production of utilitarian objects, moving from the protection of the art gallery to the streets, stores, newspapers and magazines of a newly revolutionary society. In the 1960s, a similar passage through the endpoint of modernist painting would be charted by Minimalism in the passage from pictorial to real space. Although he saw Rauschenberg’s Combines as a “preliminaries” to his own work and regarded their object-like dimensionality and inclusion of found objects as “radical,” Donald Judd could only see Rauschenberg’s continued interest in painting as “conservative” and too closely tied to traditional representation.6 From Judd’s perspective, Rauschenberg failed to understand fully the monochrome’s pronouncement of the end of painting—an end that, when read in conjunction with Marcel Duchamp’s readymade, authorized the move from painting to the three-dimensional realm of “Specific Objects.”

It is, however, precisely in its treatment of brushwork and color that Collection reveals Rauschenberg at his most analytical. Collection marks perhaps the earliest investigation of what Rauschenberg called “pedestrian color,” a strategy inspired by the way that different colors of clothing interacted in a crowded street or room: “Someone might be wearing a very bright tie or green shoes,” he explained, “but somehow it was all absorbed because all of these things, even though they were individually brilliant, were accepted in a content [sic] that made them both independent and neutral.”7 Such independence and neutrality are foregrounded in the prominent brushstrokes that occur at the top of Collection’s three panels: the light blue-green scumble at the left, the compact blue paint stroke in the center, and the mixture of blue and white at the far right. While enacting the gestural origin of Action painting (especially at the left and right, where Rauschenberg applied pigment to a swath of blank canvas), they simultaneously deflate the heroic rhetoric of Abstract Expressionism. The isolability of the brushstrokes from surrounding objects and colors gives them the appearance of quotations or allegorical appropriations of expressive gestures.

Although somewhat less emphatically, all of Collection’s brushstrokes display similar characteristics. Nowhere does Rauschenberg precisely or purposely juxtapose colors in relations of complementarity or subordination. Each brushstroke remains discrete, recognizably distinct from others, even if its borders are not precisely defined or are partially obscured by other applications of paint or collage. The brushstrokes in Collection evince a certain iterability, as the same type is encountered repeatedly across its surface. Compare, for example, the horizontal, dripping stroke of brown paint overlapping the bottom edge of blank cloth at the top of the first panel and its reiteration in white at an analogous spot in panel two. A similar iterability is displayed by Collection’s colors. With rare exception (e.g., the blue/white stroke at the top of panel three), Rauschenberg refuses to mix his colors into various tones or hues. Red, pink, orange, yellow, white…each color issues directly from the can or tube and remains recognizable as such at every occurrence. Even when colors do encounter one another (like the pink and yellow over red near the bottom of the left panel), they retain their separability. The colors in Collection do not mix so much as they “mingle,” like the pedestrian crowds after which they were patterned.

The effect of Rauschenberg’s paint handling is to render his colors equivalent to the surrounding collage. (Notice the torn newspaper strip at the left of the first panel, which echoes the red paint stroke directly below it.) Far from ignoring the lessons of Duchamp, such a treatment of paint was derived from an understanding of his predecessor’s artistic strategies, to which Rauschenberg had his first in-depth exposure in the spring of 1953 at Sidney Janis’s exhibition, Dada 1916–1923.8 Throughout that year, he explored various precedents set by the older artist. Rauschenberg’s Dirt Painting (for John Cage) (1953), for instance, by framing and exhibiting soil, foregrounds the conventional determination of “artworks” in a manner akin to Duchamp’s readymades. Rauschenberg’s Automobile Tire Print (1953) reprises two strategies from Duchamp’s Tu m’ (1918: the indexical mark and the designation of a second party to perform the mark-making task, Cage’s driving of the car recalling Duchamp’s use of a commercial sign painter to render the pointing hand at the center of Tu m’.9

More important to Collection was the “pictorial nominalism” signaled by Tu m’s trompe l’œil succession of color samples. As Thierry de Duve has shown, much of Duchamp’s work—including his abandonment of painting—followed from the recognition that the can or tube of paint had long been a readymade, industrially produced commodity like any other.10 As Duchamp remarked in 1961, specifically addressing Rauschenberg among others: “Since the tubes of paint used by the artist are manufactured and readymade products, we must conclude that all the paintings in the world are ‘Readymades aided’—and also works of assemblage.”11 This by no means obvious connection (such “explanations” by Duchamp would come only in the 1960s) was emphasized not only by Collection’s heavily collaged sections but also along the bottom, where painted colors are shown as interchangeable with those of industrially produced cloth. (This sequence of color rectangles recalls the progression of colors in Tu m’ and the line of actual color samples running along the center of Rauschenberg’s Rebus [1955].) “Painters,” Rauschenberg declared, paraphrasing Duchamp, “use colors that are also manufactured.”12

Such a realization fundamentally alters the conception of pictorial representation. Coming to the artist already manufactured, paint is in a relation of pre-existence and exteriority akin to that of language. And like language, over which no individual has complete or autonomous control, painting—now seen as the manipulation of readymade materials—is a semiotic or symbolic operation.13 In foregrounding this situation as proposed by Duchamp, Collection records the cultural turn from Abstract Expressionism to Pop Art, and from modernism to post-modernism.

Like Judd, Rauschenberg drew on the legacies of both Rodchenko and Duchamp, but rather than thinking them together, in Collection he mobilized one against the other. Rauschenberg rejected the “logical conclusion” of painting figured by the tricolor monochrome triptych as untenable, in part because the primary colors at which it arrived could not be considered any more “basic” than any other industrially produced commodity. “A pair of socks,” as Rauschenberg maintained, “is no less suitable to make a painting with than wood, nails, turpentine, oil and fabric.”14 No less suitable, but no more suitable either. For Rauschenberg would not hail the readymade as a transgressive force by which to accomplish the negation of painting. Like Judd’s Minimalist objects, Rauschenberg’s Combines would undertake the passage from pictorial to real (three-dimensional) space, but they would do so only while foregrounding the mediated and commodified state of the “real” in postwarsociety. Like Duchamp, Rodchenko and Judd, Rauschenberg would eventually abandon painting (for a time, after 1964, to devote himself to performance and a direct [and utopian] engagement with technology). He would do so, however, only after a decade of investigating painting as a signifying practice and a symbolic form.

10. Thierry de Duve, Pictorial Nominalism: On Marcel Duchamp’s Passage from Painting to the Readymade (Minneapolis: University of Minnesota Press, 1991). The term, “pictorial nominalism,” is found in a 1914 note by Duchamp.

13. de Duve, Pictorial Nominalism. The term “symbolic” is used by de Duve in analogy with the psychoanalytical writings of Jacques Lacan. 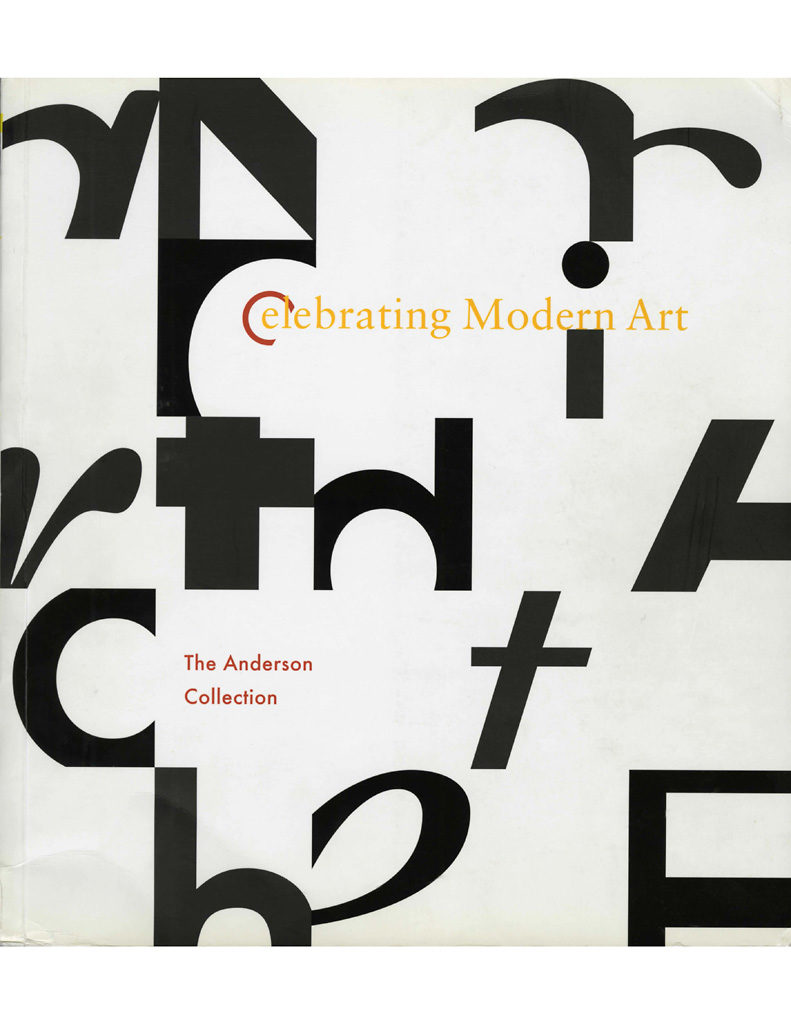