SFMOMA archivist Maryse Posenaer wrote to Rauschenberg’s longtime art dealer Ileana Sonnabend in September 1983 to inquire about the provenance of Collection and its early exhibition history at Galerie Ileana Sonnabend, Paris. In letters sent during the following two months, Ms. Sonnabend recounts the ownership history of the work as it passed from Rauschenberg to his friend, writer David Myers, and on to Sonnabend before finally entering the SFMOMA collection. She also recalls various exhibitions in which the work appeared, including two held in 1964 (one at her Paris gallery and another in London) and a 1971 show in Nuremberg, Germany. Recent research confirms that Collection was shown in Paris and London in 1964, as Sonnabend indicated, but in exhibitions other than those she mentions. See full exhibition and ownership history on the artwork’s Overview page. 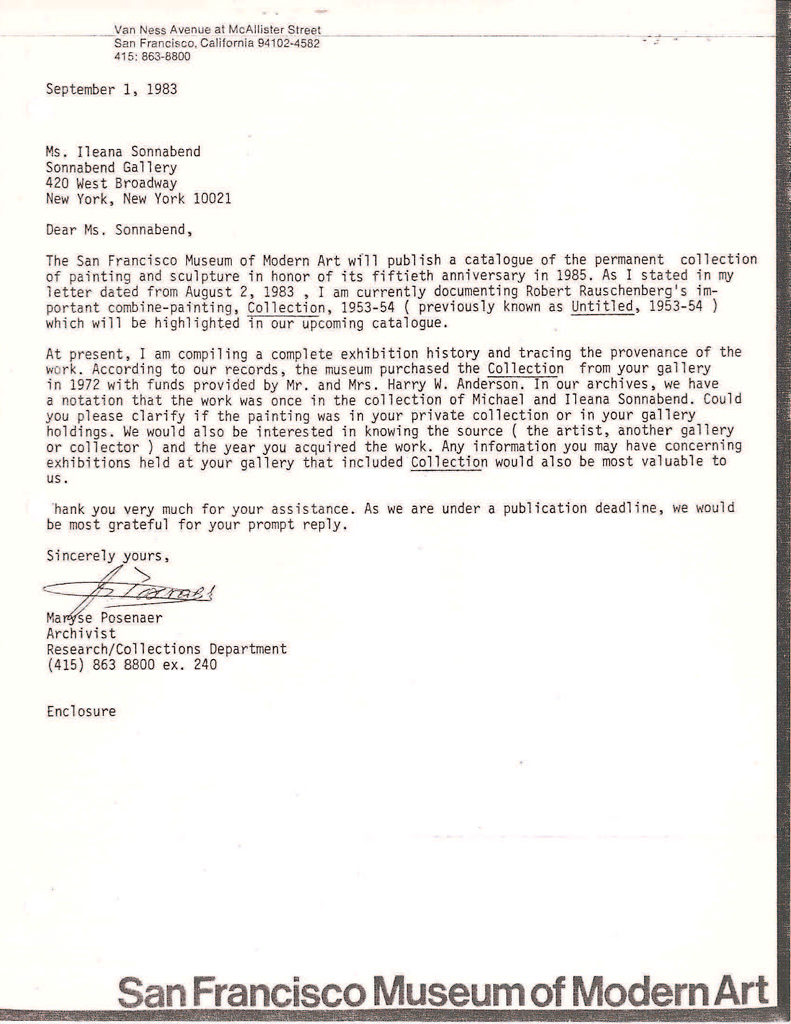