Cy + Roman Steps (I–V) is a single artwork comprising a sequence of five photographs, each of which is individually signed, inscribed, and numbered. In the inscription seen here, the roman numeral III in parentheses following the title indicates that this is the third of the five images that make up the artwork. The “#4” following the date denotes that this image is part of the fourth set printed in a planned edition of 50. There are five known sets of Cy + Roman Steps (I–V); all of them were printed after 1981. SFMOMA’s set is believed to have been made in 1997 for exhibition in the artist’s retrospective later that year. Notably, Cy Twombly’s shadow is not visible in this photograph, suggesting that Rauschenberg’s camera position caused his subject’s shadow to disappear into the vertical banks of the staircase of the Basilica di Santa Maria in Aracoeli, which includes intermittent wide landings. The appearance and disappearance of the shadow from photograph to photograph in Cy + Roman Steps (I–V) creates a destabilizing rhythm within the sequence and lends the work an enigmatic quality. 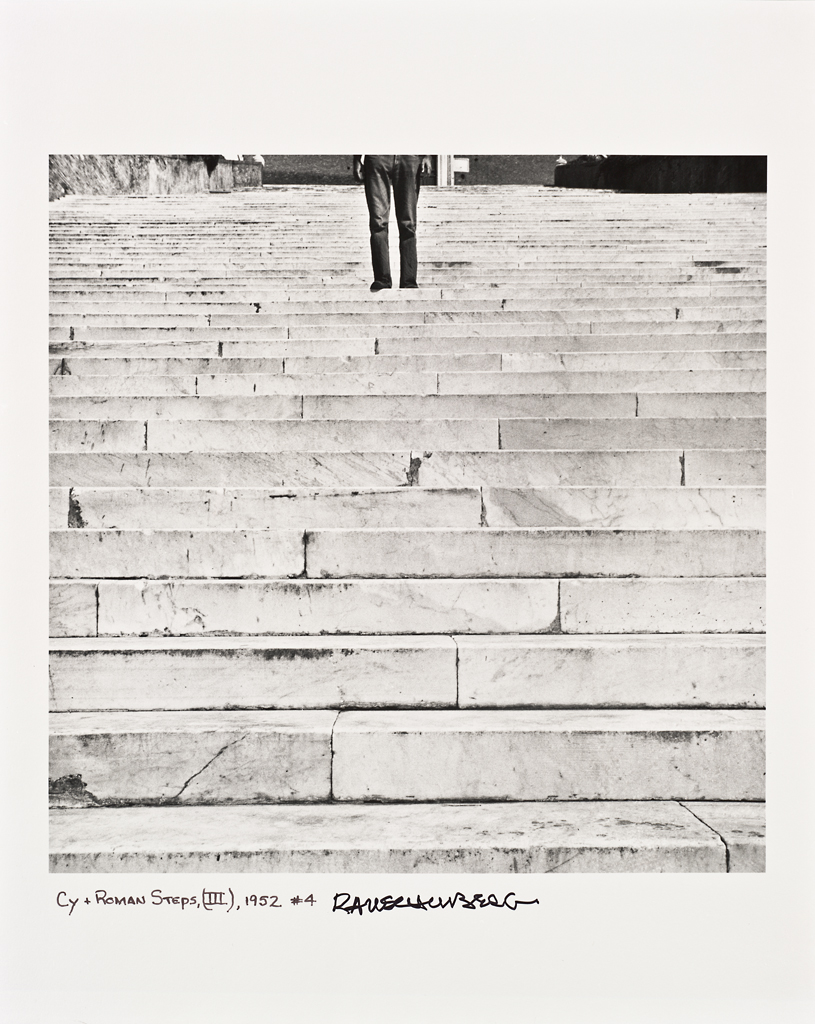