Fred McDarrah took this picture in Rauschenberg’s Front Street studio in January 1961. Here Rauschenberg and McDarrah’s wife, Gloria, look at an array of small works hung on the studio wall, including Erased de Kooning Drawing, which hangs in the top row at far left. Willem de Kooning’s Untitled (ca. 1947–49) is in the same row, two works over. Throughout his life and in each of his studios, Rauschenberg maintained what he referred to as “muse walls,” spaces he filled with works of his own, pieces by his friends, and collections of photographs, posters, art reproductions, and odds and ends he picked up during his travels. A map of Rauschenberg’s New York studios is available on the Related Information page. 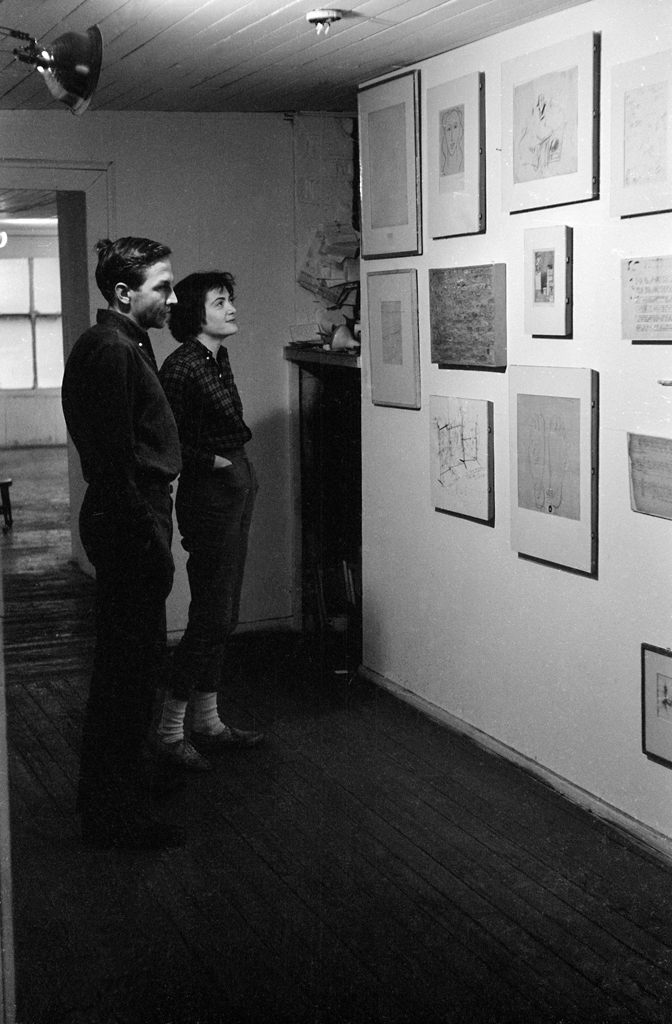