In this photo taken in Rauschenberg’s Broadway studio in New York, Untitled (Elemental Sculpture) [steel flange and stone] hangs off the top of the cabinet in the background. Although it is difficult to make out the installation details, it appears that the sculpture is anchored by its bolt to a large block of wood or concrete that rests on the cabinet. This configuration is documented in a number of photos taken in the studio by friends and professional photographers in the mid-1960s. The only other existing photographs of the sculpture were taken in the early 1990s, so it is possible that this orientation was related to an earlier state of the work, or the artist may have intended it as a temporary method of display within his studio. In either case, the installation technique demonstrates a noteworthy openness to multiple ways of presenting this sculpture. 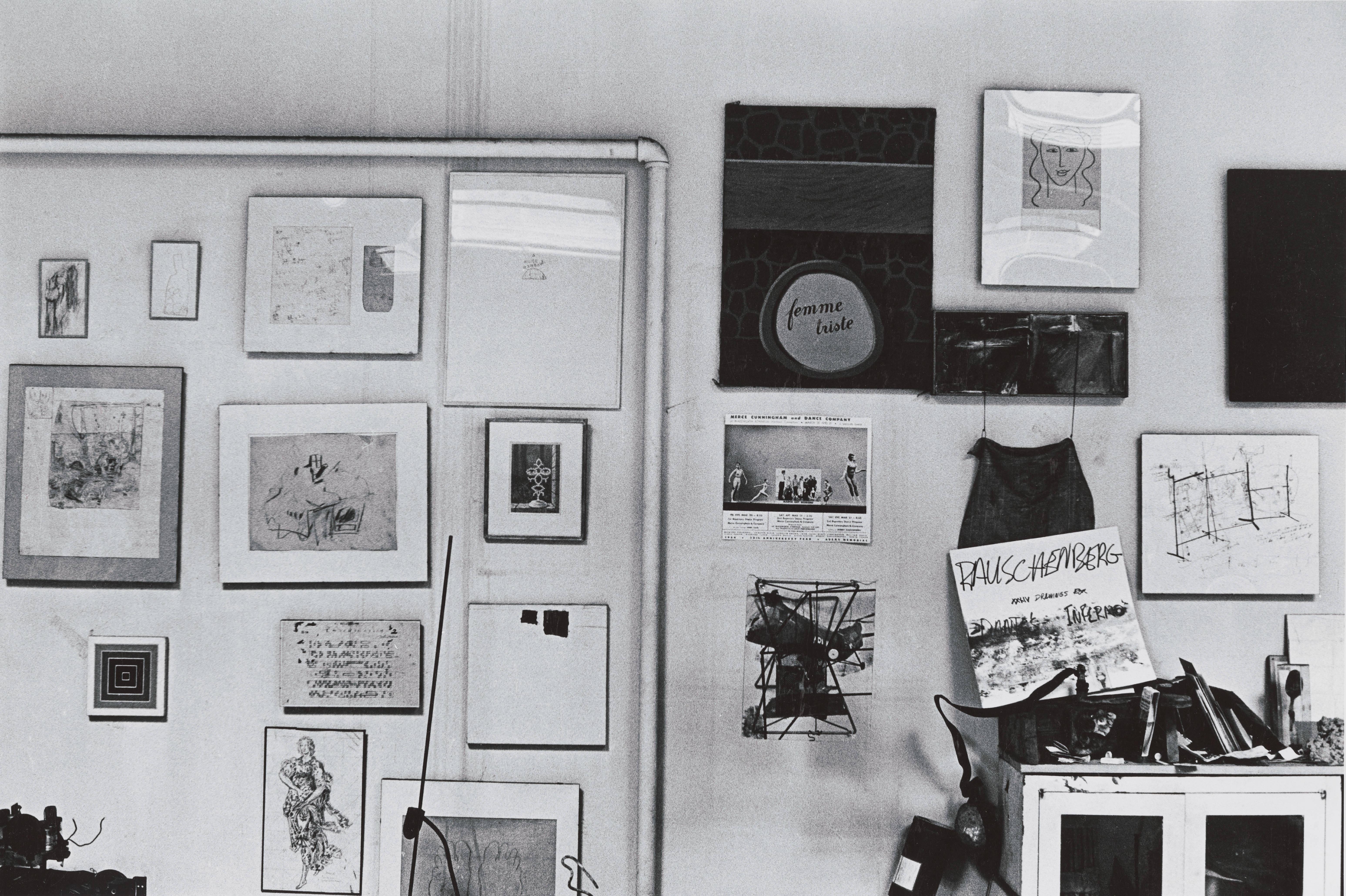