In 1953, Rauschenberg photographed Merce Cunningham (1919–2009) dancing alone, as part of a duo, and in a group at Cunningham’s 224 West Fourth Street studio in New York. Cunningham had officially established his dance company during the summer of 1953, and he found this studio space later that year, upon his return to New York from Black Mountain College in North Carolina. Rauschenberg captures five solo views of Cunningham, exhibiting his strength, grace, and flexibility. Other company dancers seen in the group photographs include Viola Farber (1931–1988) and Remy Charlip (1929–2012). 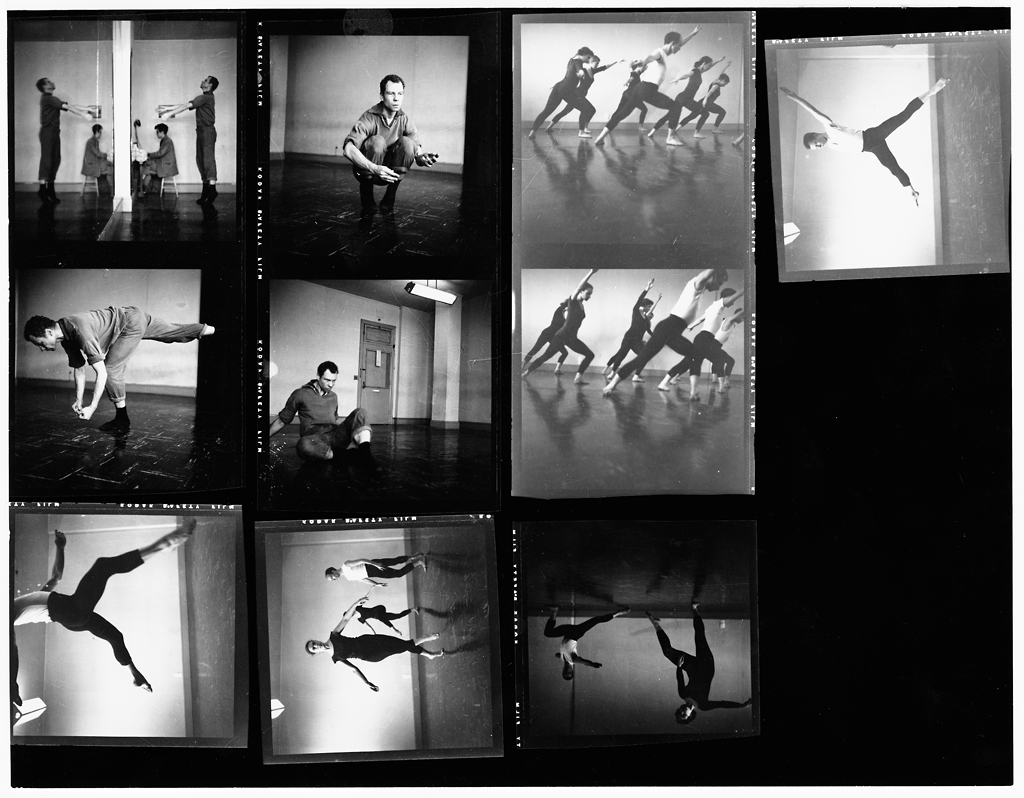