Rauschenberg used maps from at least two different Rand McNally & Company road atlases in Mother of God. Here we see a map of the Boston metropolitan area overlapping a map of Saint Louis. Because the lettering used to identify Boston’s Logan Airport did not appear until the 1949 edition of the road atlas, and the completed painting was shown at the Betty Parsons Gallery in May 1951, the work has been assigned a date of ca. 1950. 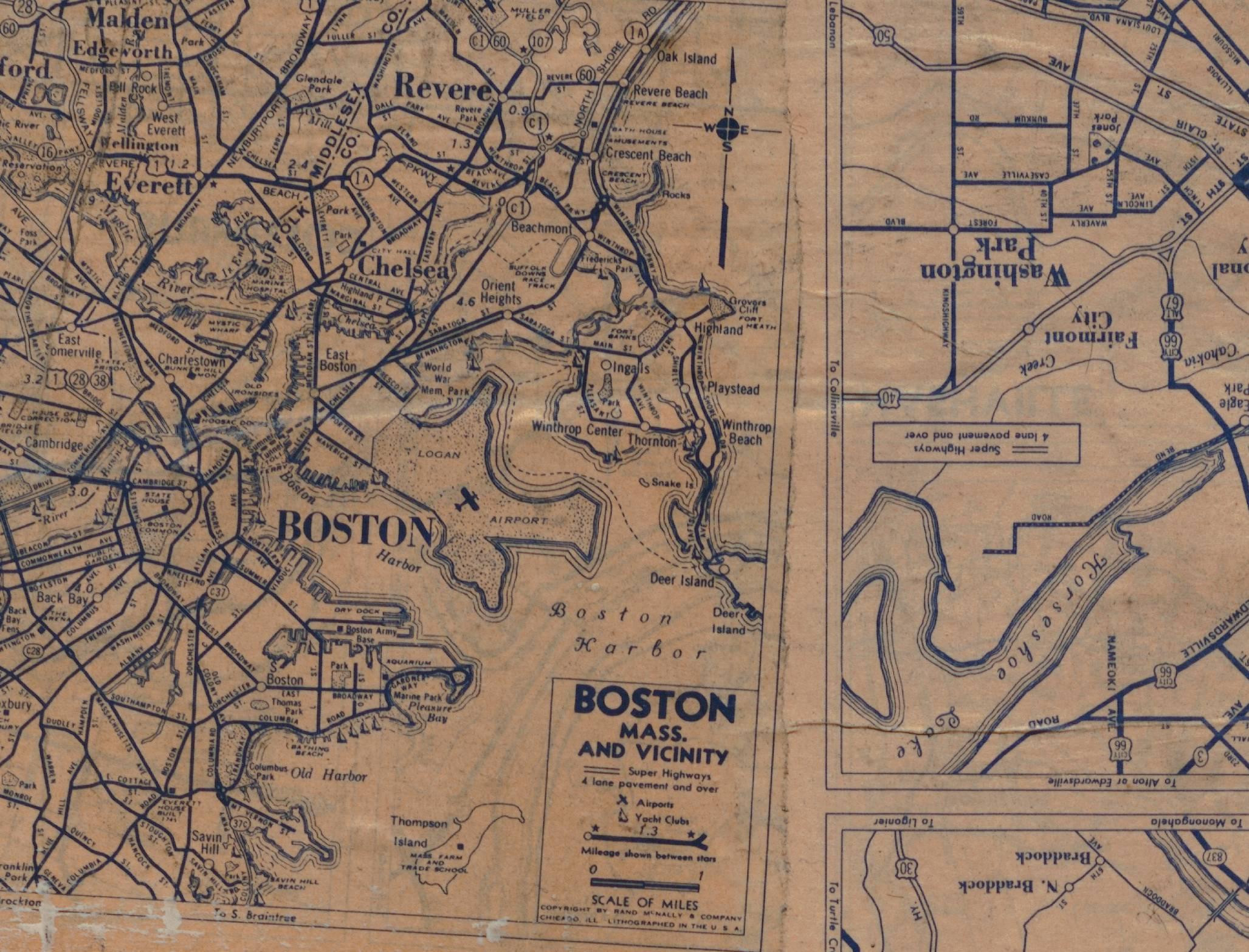