Children (Tribute 21) honors actress and humanitarian Audrey Hepburn (1929–1993). A screen legend, Hepburn is one of only eleven people to have won Academy, Emmy, Grammy, and Tony Awards. Later in her life she appeared in fewer films, devoting her time to working closely with the United Nations Children’s Fund (UNICEF) in Africa, South America, and Asia. In late 1992 she was awarded the Presidential Medal of Freedom in recognition of her work as a UNICEF Goodwill Ambassador. The brochure joins Rauschenberg’s print with a quote by Hepburn that reads: “To save a child is a blessing; to save a million is a God-given opportunity.” 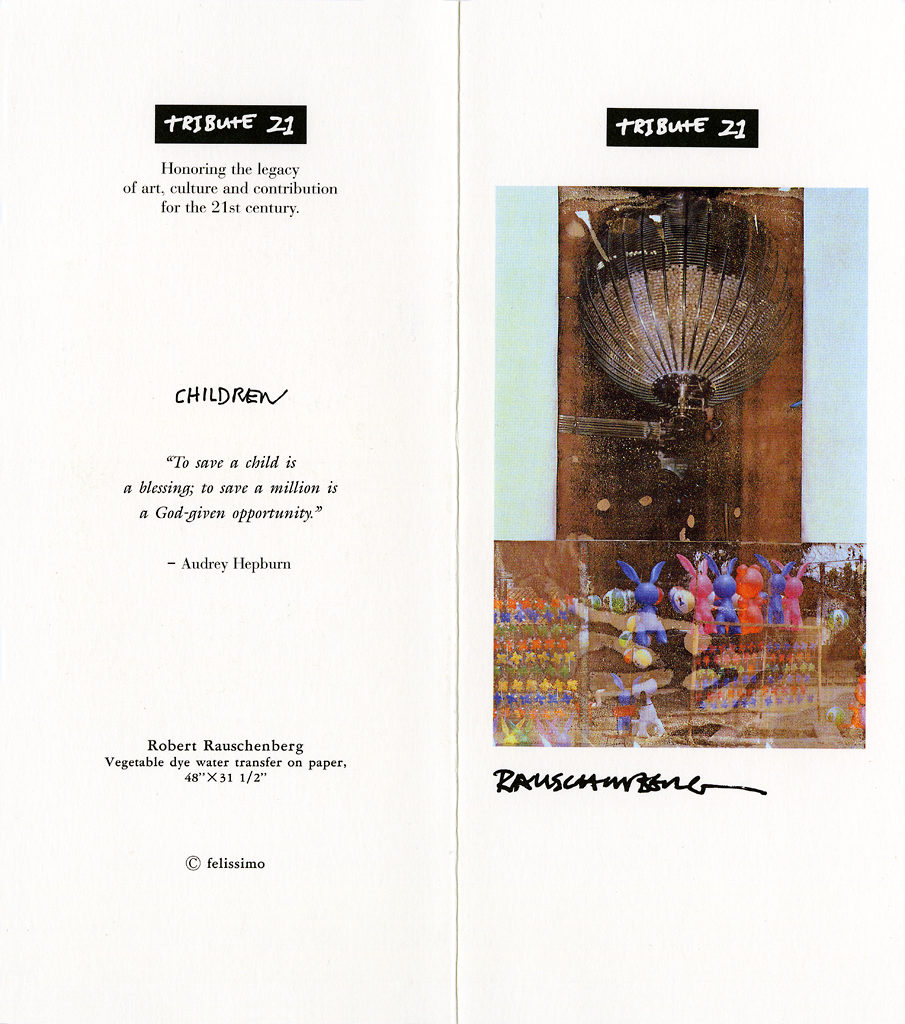