The uniformly white surface of White Painting [three panel] is meant to be activated by light and shadow. Rauschenberg hoped that one might be able to tell the time of day simply by observing the way changes in the surrounding light affected the painting. The interaction seen here between White Painting [three panel] and the purple glow cast by Dan Flavin’s The Diagonal of May 25, 1963 (1963), positioned out of frame to the right, offers a striking example of the painting’s responsiveness to its environment. Frank Stella’s Zambezi (1959) appears at left, and Jim Hodges’s No Betweens (1996) is visible in the next gallery. 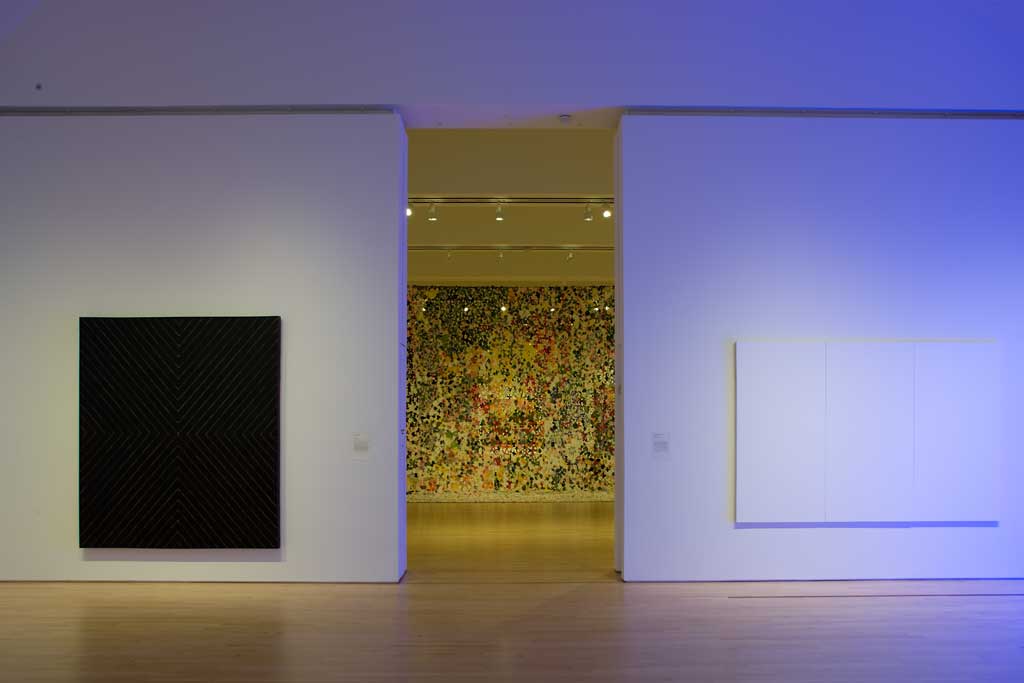