Rauschenberg added his signature and the following inscription to the tacking margin on the back of each panel in White Painting [three panel]: “WHT PAINTING 1951 ONE OF 3.” He followed each inscription with a roman numeral. Although the panels are numbered sequentially, they may be displayed in any order. The uniformity of the placement of the artist’s signature and inscriptions across all five White Paintings suggests that Rauschenberg added these marks at the same time, perhaps as he was preparing to show the works at Larry Gagosian Gallery, New York, in 1986, or in the traveling retrospective organized by the Solomon R. Guggenheim Museum, New York (September 19, 1997–March 7, 1999). 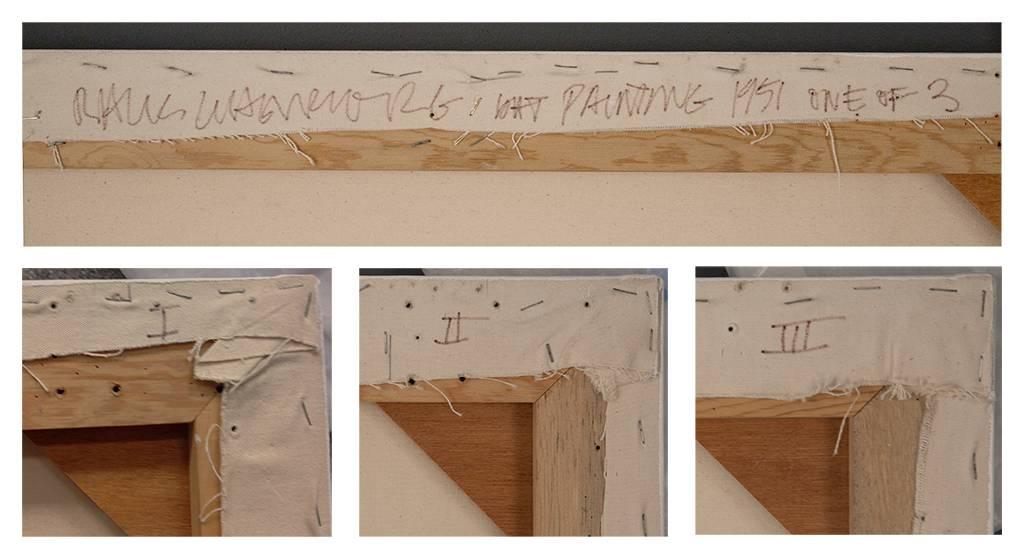