In addition to our regular free days and offering free admission every day for guests 18 and younger, SFMOMA offers 45,000 square feet of art-filled public spaces — no ticket required — whenever we’re open. There are a number of artworks on Floors 1 and 2 (and some surprises just outside) that offer a great introduction to the art of our time.

See what’s on view below, and sign up for our newsletter to be notified of upcoming free days, events, and activities. 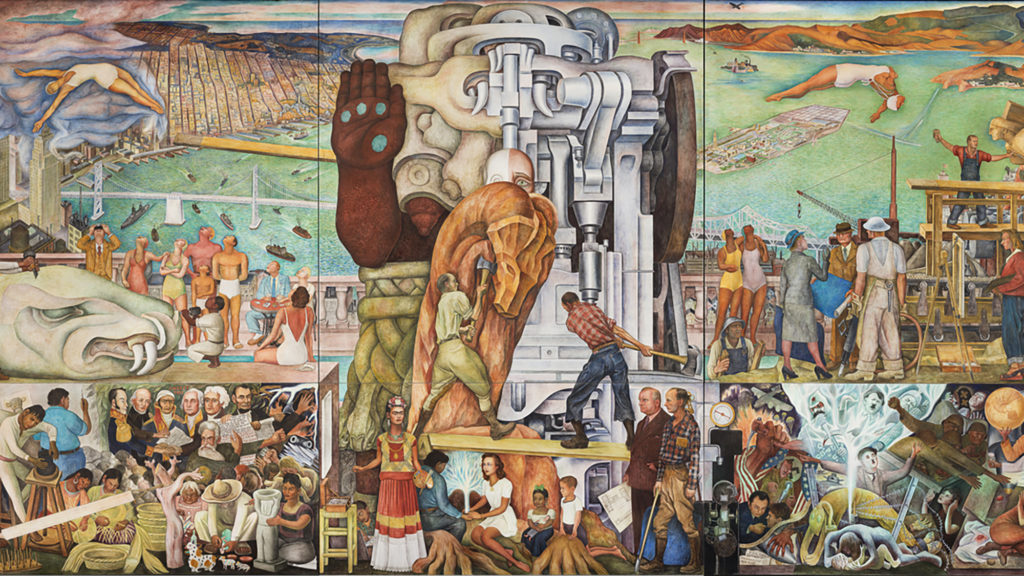 Rivera painted The Marriage of the Artistic Expression of the North and of the South on This Continent, commonly known as Pan American Unity, in 1940. Measuring twenty-two by seventy-four feet and weighing over sixty thousand pounds, the fresco celebrates the artists, artisans, architects, and inventors who use art and technology as tools to shape society.

Rivera painted the fresco not on a wall, but on ten steel-framed cement panels, making it the largest portable mural he ever created. More than half a century after its creation, local and international experts spent years planning its move: In partnership with CCSF, we present Rivera’s Pan American Unity in the museum’s free-to-the-public Roberts Family Gallery on Floor 1 through January 2024. 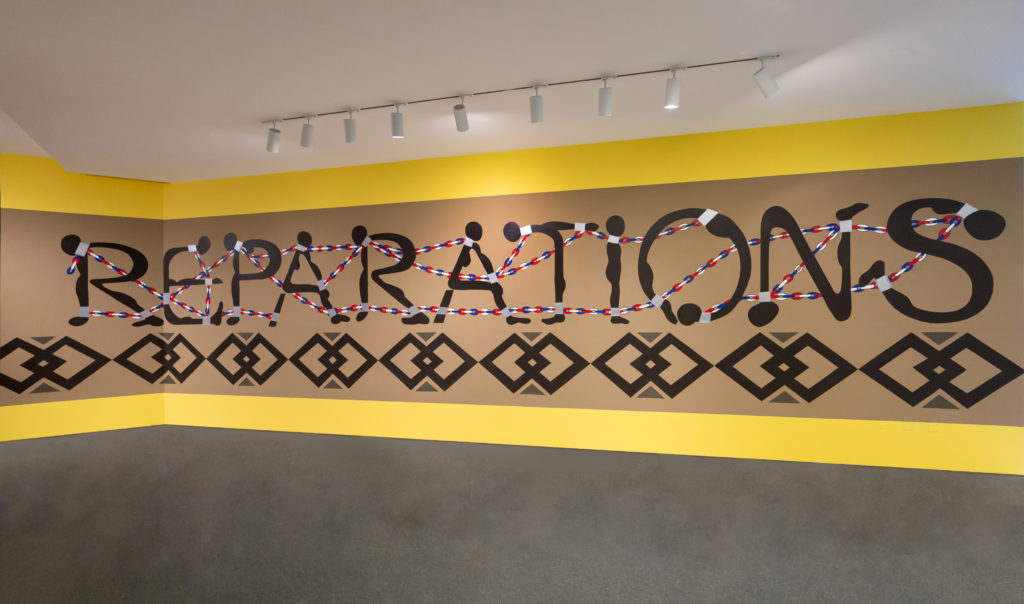 SFMOMA presents a series of commissions by local artists that actively engage with pressing issues of our time. Now ongoing, the program is designed to support local artists who are keenly attuned to our community and present moment. Current free-to-see commissions on Floor 2 include Emory Douglas’s REPARATIONS and Leah Rosenberg’s in-process Getting Better Everyday a Color. 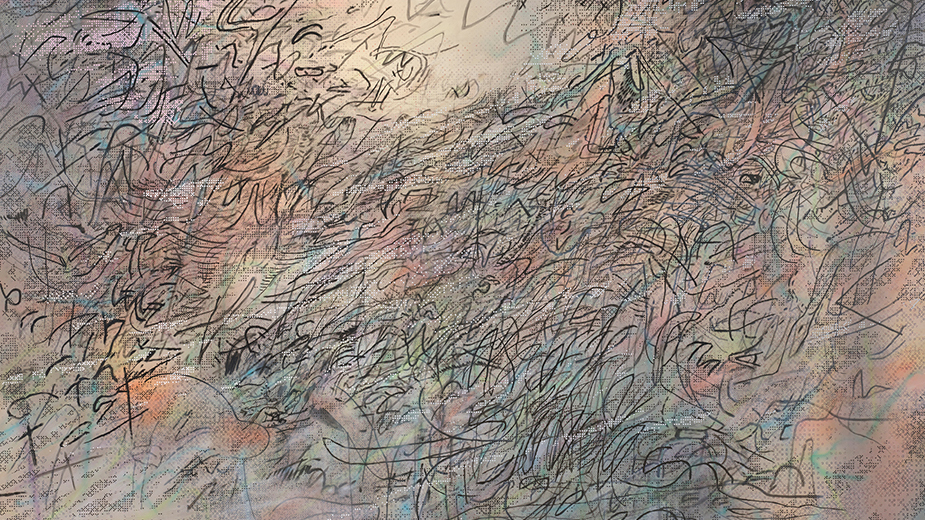 Julie Mehretu’s HOWL, eon (I, II) (2017) is an expansive exploration of the American West — its transcendent landscapes and violent colonial history. Created as part of SFMOMA’s new art commissioning program, this site-specific diptych’s two vast abstract canvases flank the main staircase in the soaring Haas, Jr. Atrium, which is freely accessible to the public.