This embossed ensignia, also called a chop mark or blindstamp, identifies this print as the product of Styria Studio, a printmaking studio in New York. Chow Bags is one of several print portfolios on which Rauschenberg collaborated with the master printers at Styria. The studio is named after the Austrian state of Styria, and their chop mark features the fire-breathing, lion-like animal found on the region’s coat of arms. 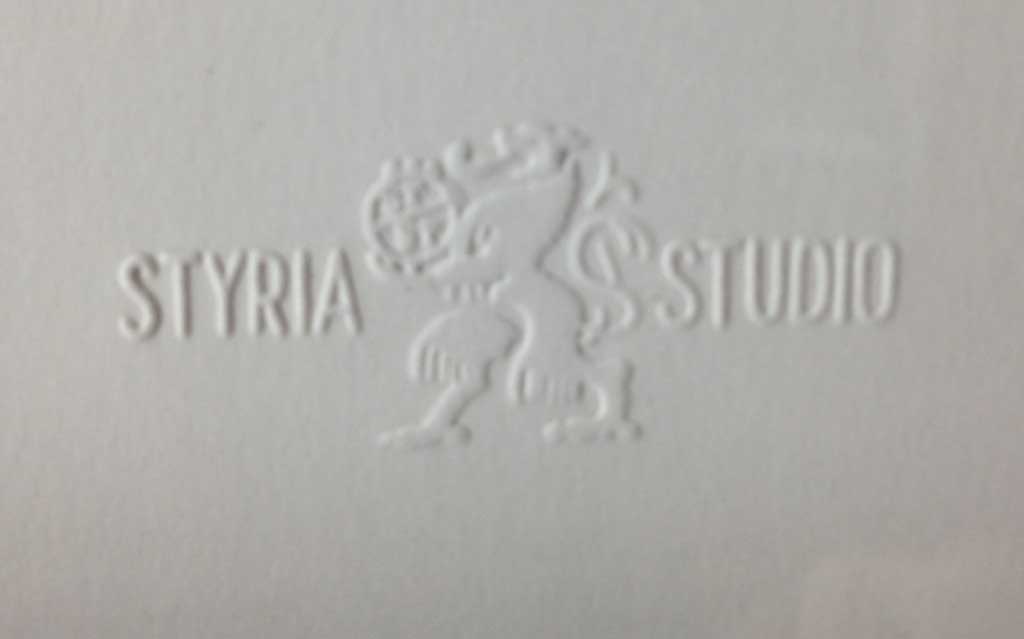