After a landmark 1998 acquisition of fourteen major works by the artist, SFMOMA mounted the exhibition Robert Rauschenberg (May 7–September 7, 1999). This show celebrated the newly acquired works and contextualized them with other works by Rauschenberg that the museum already owned, including Untitled (1973), seen at left, which was given to SFMOMA in 1981, and Pyramid Series (1974), on the right. 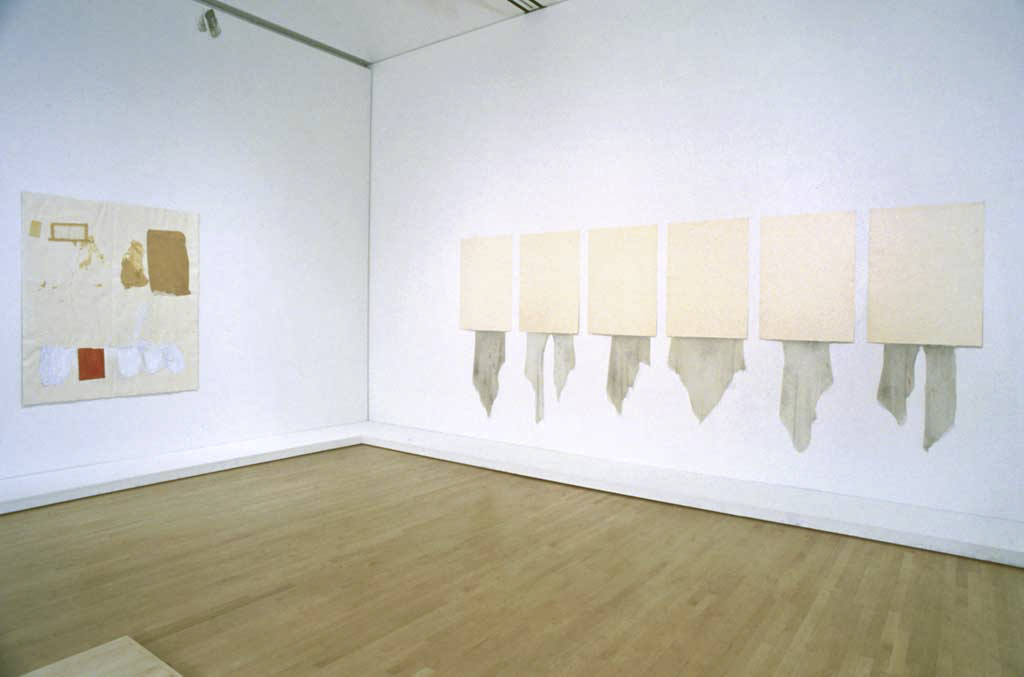