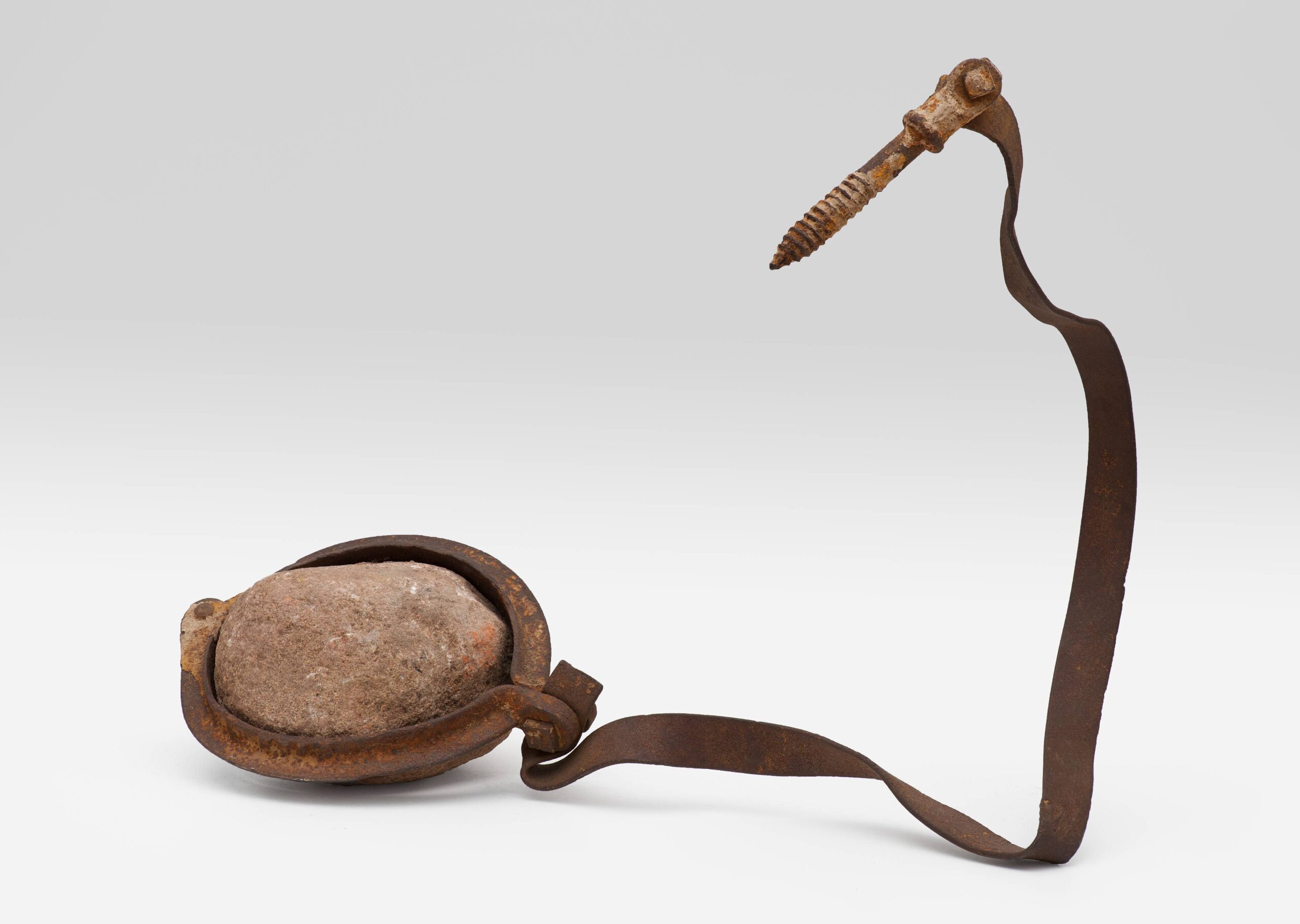 A hinged flange grips an ordinary round stone; from its clasp, a ribbon of rusted steel arcs upward, culminating with a loosely attached, crusty iron bolt. The components of Untitled (Elemental Sculpture) [steel flange and stone] (ca. 1953),1 like those of many of the works in Robert Rauschenberg’s series Elemental Sculptures, suggest on first glance that the piece might once have had a useful function. Perhaps the stone hung from the steel strap as a counterweight on some primitive machine, or maybe the two parts formed a sort of mallet or weapon?2 Upon closer inspection, however, it becomes clear that the mass of the stone outweighs the delicate counterpoise of the twisted strip of steel and the bolt that dangles from its outer tip. The parts do not add up, and we are left to try to understand this curious contraption as a work of art.

Rauschenberg’s Elemental Sculptures originally numbered nineteen works, only nine of which are extant. All but two of the sculptures in the series are untitled, and all are believed to have been created in 1953.3 The Elemental Sculptures debuted in mid-1953 when a selection of them was included in a two-person exhibition featuring Rauschenberg and Cy Twombly (1928–2011) at the Stable Gallery, New York.4 The series explores the basic formal aspects of sculpture (volume, line, mass, space) with found materials such as sisal twine, square-head nails, scrap metal, stones, and weathered wooden boxes and blocks of wood. Significantly, these materials are “elemental” in nature—rough-hewn and unrefined. Through their combination, Rauschenberg created very simple compositions that are almost Brancusi-like in their spare vocabulary of forms. 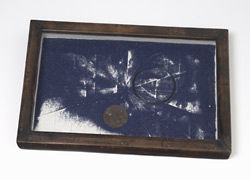 Beginning in the 1910s, a number of artists—Marcel Duchamp (1887–1968), Naum Gabo (1890–1977), Alexander Calder (1898–1976), and Joseph Cornell (1903–1972),5 among others—created sculptures with variable arrangements of forms that often incorporated movable components. Cornell’s Sand Boxes and Sand Trays, for example, consist of sealed boxes filled with colored sand and bits of metal and paper that slide around inside the boxes when they are moved (fig. 2). Many of the Elemental Sculptures expand on such models by allowing the viewer (or installer) to decide how to arrange the work’s movable elements. For instance, Untitled (Elemental Sculpture) [stone and box] (ca. 1953, Estate of Cy Twombly) can be shown with the stone inside or outside the box. Other works in the series offer the opportunity to reposition tethered stones, to rearrange small piles of pebbles,6 or to pick up a box and rattle around the loose stones inside.7

Variability of sculptural elements first appeared in Rauschenberg’s work in a group of fetishistic assemblages he created while traveling in Italy and North Africa in 1952. Called Scatole Personali, these works are boxed assortments of bones, insects, feathers, string, and other small miscellanea, some of which are loose inside the container or can be removed entirely (fig. 3). In both the Scatole Personali and the Elemental Sculptures, the variability most often resides in the viewer’s ability to move or reposition isolated elements in or around a fixed base, such as a box or plank.

The present sculpture pushes the idea of variability a step further by virtue of the fact that the entire piece can be reoriented: it has no base, top, or bottom. The angles of the three elements—stone, strap, and bolt—can be adjusted in relation to one another: the stone and flange connect to the bent metal strip via a movable hinged joint, and an eyehole in the head of the bolt permits it to swivel in relation to the steel strap. Likewise, the stone can rest in a number of stable orientations. The sculpture can thus be completely turned on its head (or side, or back) and have its components rearranged around it. At least eight secure configurations are possible, each of them suggesting different levels of tension, motion, and stasis (fig. 4). Though the sculpture has most frequently been shown and photographed as it appears here, any of the positions were acceptable to the artist.8

4.Jess Kreglow, a member of SFMOMA’s installations team, manipulates Untitled (Elemental Sculpture) [steel flange and stone] and demonstrates different orientations in which it can be displayed.

A Hans Namuth (1915–1990) photograph taken around 1964 in Rauschenberg’s Broadway studio shows an extreme variation on the usual orientation of this sculpture (fig. 5). The stone and flange are suspended off the end of a small cabinet, and the bolt appears to be sunk into a heavy block of wood or concrete that resembles the solid bases of other works in the Elemental Sculptures series. The photo is not detailed enough to allow us to decipher the material the block is made of, or to discern exactly how the work is anchored. It is clear, however, that the block is substantial enough to support the weight of the dangling stone. The photo may show a previous state of the sculpture, or it may simply capture a quirky decision Rauschenberg made (and later abandoned) about how to display the work. Either way, the choice to suspend the rock from the cabinet suggests that, from very early on, the artist was remarkably open to its many possible orientations. One further clue about the artist’s attitude toward the changeability of this sculpture appears on the commercially produced metal flange: the word “MALLEABLE” is cast into the metal, part of its labeling as an industrial product (fig. 6). Given Rauschenberg’s propensity for exploiting the potential of found words, it cannot be purely coincidental that he salvaged this particular piece for use in a sculpture with movable parts. By encouraging the manipulation and rearrangement of the works in the series, he relinquished control and mandated a connection between the sculptures and those who would encounter them in the future.

Rauschenberg’s decision to use raw, found materials in the Elemental Sculptures marks a turning point in his work. These sculptures do not share the reliquary qualities of the Scatole Personali, largely because their materials are rougher and treated with far less preciousness. While the Scatole Personali consist of romantic, nostalgic ephemera nestled in decorative boxes, the Elemental Sculptures present their materials as the artist found them. This straightforward, simple approach dignifies the sculptural elements; Rauschenberg once described the process as “renourishing something that’s been abandoned.”9 Indeed, the artist scavenged most of the materials for this series from construction sites in the neighborhood around his Fulton Street studio, noting, “The most interesting things on Fulton Street were the rocks that were dug up every day. So I made a series of rock sculptures.”10 This respect for and elevation of the humble, which became a signature emphasis of the Combines and recurred throughout Rauschenberg’s later works, first flourished in the Elemental Sculptures.

The artist’s handling of found objects in this series is no doubt indebted to surrealist and Dada precedents such as Duchamp’s assisted readymades À bruit secret (1916) and Why Not Sneeze Rose Sélavy (1921), and Rauschenberg himself has noted that he was thinking of Duchamp when he made Music Box (Elemental Sculpture) (1953).11 However, Rauschenberg inverts the Dada tactic of taking functional objects and rendering them bizarrely unusable,12 instead combining useless scraps into objects that seem somehow functional. The similarity to Dada was not lost on James Fitzsimmons, an art critic who reviewed the Stable Gallery exhibition in which the Elemental Sculptures debuted. He complained of “how dull they seem 25 years after Dada, how much less amusing than Duchamp’s objets trouvés and Man Ray’s objets inutiles.”13 Fitzsimmons read the series as a direct extension of Dada, missing a crucial turn taken by Rauschenberg. Indeed, Rauschenberg does play with the same variables as Duchamp—found materials, the precepts of art and aesthetics, the boundaries of taste—but he rearranges these variables into a new equation. Duchamp’s objects trouvés are a profoundly anti-art endeavor, offering up aesthetically unseemly, everyday objects in order to undermine the definition of art. By comparison, the Elemental Sculptures are pro-art, rehabilitating similarly unaesthetic materials and sincerely asking us to notice their lowly beauty. 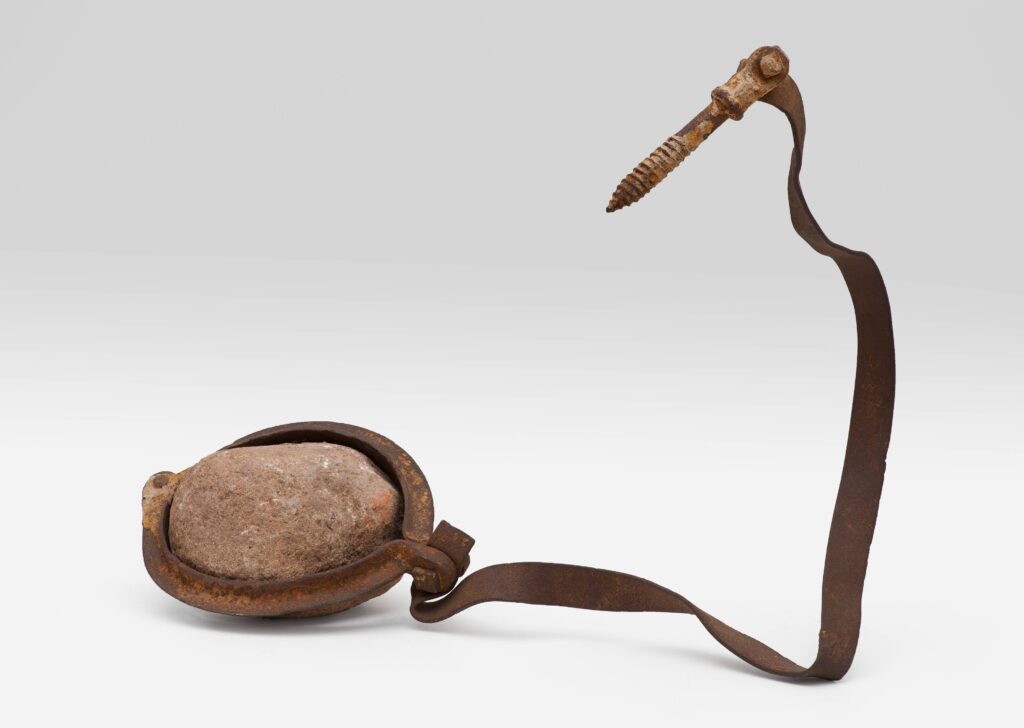