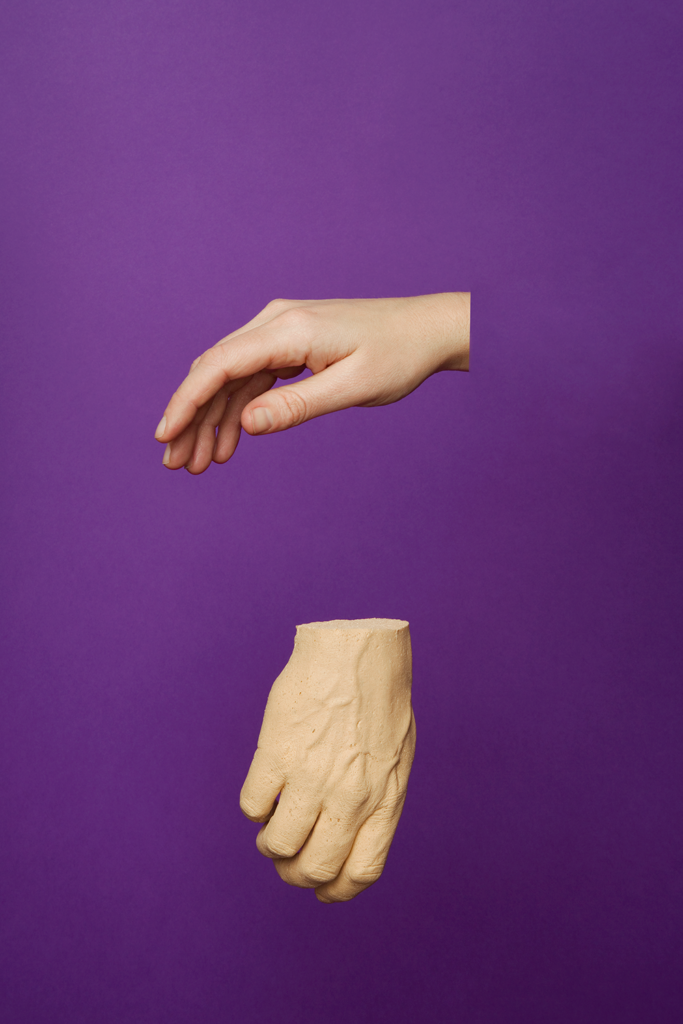 With a dry wit and a love of stand-up comedy, Lindsey White is heir to a lineage of California artists who, since the 1960s and 1970s, have imported the humor and playfulness of vernacular photography into the realm of fine art. Members of that earlier generation, including William Wegman, Ed Ruscha, Robert Cumming, Marcia Resnick, and Ilene Segalove, riffed on the sight gags, wagging tongues, pet tricks, and other forms of amusement common to the American snapshot tradition, as well as the style and subject matter of banal commercial images. Although White is less concerned with the forms and conventions of everyday photography than were her predecessors, she shares their abiding conviction that art can be simultaneously serious and seriously funny.

As White and her forebears can attest, humor is mostly given short shrift in the art world, and it has long been so. In the hierarchy of painting genres established in the Renaissance, weighty subjects, such as important events from history, were ranked at the top, whereas lighthearted themes, including scenes from everyday life, were considered lower forms of expression. While contemporary artists don’t necessarily hew to that fusty framework, the preference for soberness over comedy stubbornly persists. The continuation of this bias can be seen in how quickly viewers and critics dismiss humorous works as “too easy” or “one-liners,” glossing over the potential for meaning beneath the surface. The problem is compounded when the artist is female, as women have historically been considered less funny than men and have long struggled to be taken seriously in the art world. 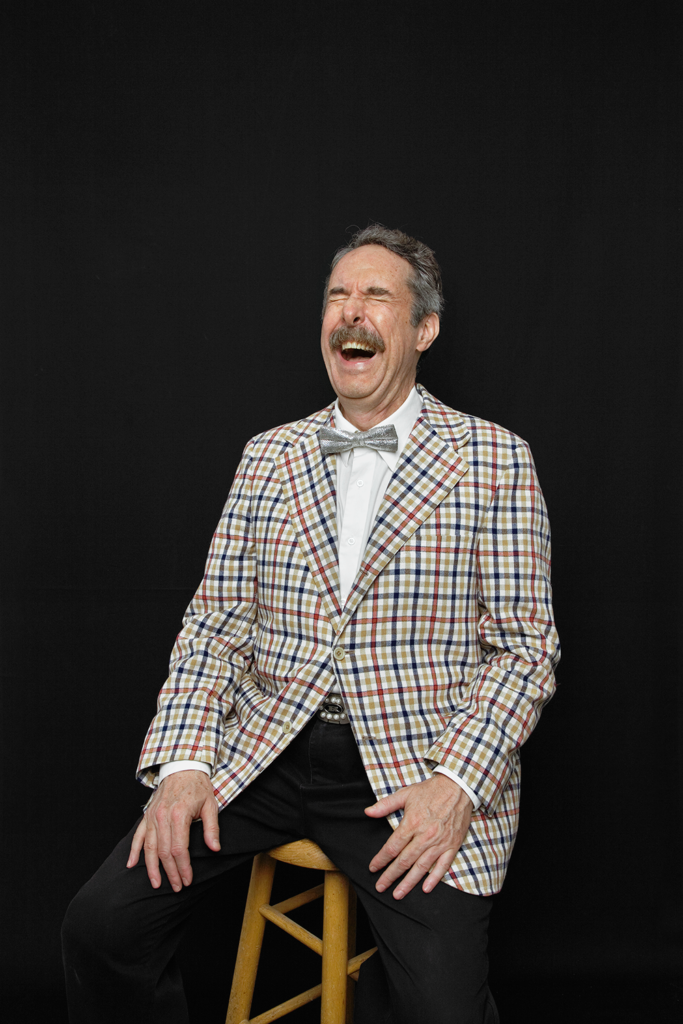 White has not been deterred. In her most recent body of work, which includes photography, sculpture, and video, she explores the aesthetics of stand-up comedy and the related field of magic. Trained as a photographer, White sees comedians and magicians as kindred spirits—similarly sensitive people who notice things that others might overlook and call them to our attention. Photographs, jokes, and magic tricks alike can help us see the familiar in a new light, altering the way we look at the world. There is also, of course, a bit of the conjurer’s art in the making of a photograph, in how a blank piece of paper is transformed in the darkroom into an illusionary object. And much like the art world, comedy and magic are arenas traditionally dominated by men—boys’ clubs that are notoriously difficult for women to break into.

In her photographs White frequently employs the flat, even lighting common to the stage, rendering her subjects as graphic semaphores in shallow space. The backgrounds are often arresting fields of solid color: royal purple, tangerine orange, coal black. In Often Imitated, Never Equaled, for instance, two disembodied hands are posed in a gesture much like that of a magician in the middle of a trick. 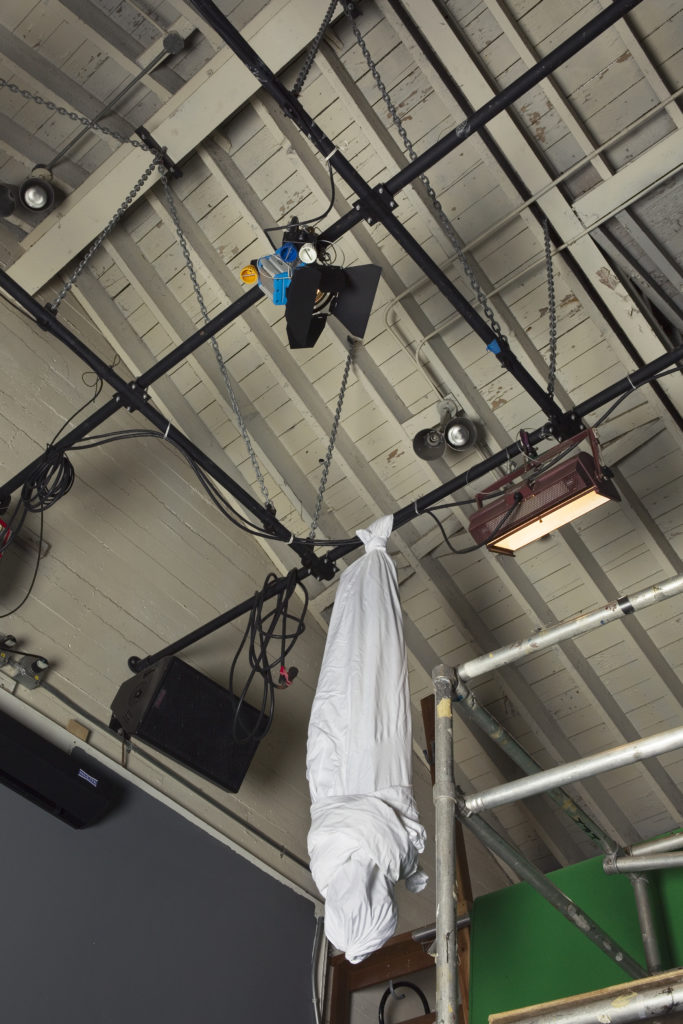 Everything has been stripped from the composition except the suggestion of some sort of sleight of hand. Similarly mysterious is her portrait of the comedian Ron Lynch laughing maniacally. Wearing a boldly patterned sport coat and bowtie, he looks like a ventriloquist’s dummy come to life. The picture is at once comical and slightly menacing—a viewer might spontaneously crack up at the sight of Lynch and, at the same time, detect something threatening in the extremity of his mirth and the utter darkness behind him. Such ambiguity is also present in photographs with more detailed settings. A sense of unease is especially palpable in Studio 8, in which a large, unidentified object wrapped in fabric hangs from the rafters of a theater. Is it a dead body in a tarpaulin? A giant caterpillar in its pupal stage? A magician about to perform an escape act, à la Harry Houdini? White does not tell us what it is or how to think about it. As with her other photographs, she leaves us to wonder, to interpret the visual cues for ourselves.

Also included in White’s installation at SFMOMA are sculptural works inspired by everyday items—a novelty potholder, a handmade sign from a thrift store, a plastic piggy bank—which, when remade and decontextualized, become strange or dark. These “props,” as White characterizes them, are often emblazoned with kitschy phrases such as “Don’t Expect Miracles” and hung from the ceiling, lending them the theatrical quality both inherent to her photographs and enhanced by their modes of display. The portrait of Ron Lynch, for example, is printed on a giant sheet of aluminum like a street sign or a glossy advertisement for a comedy venue. Four photographs are arrayed in a structure similar to those that hold subway advertisements. To heighten the drama, a lighted marquee of the kind typically seen in the lobby of a cinema encases Studio 8. It serves as a macabre teaser, perhaps, for a performance “coming soon” to a theater near you.