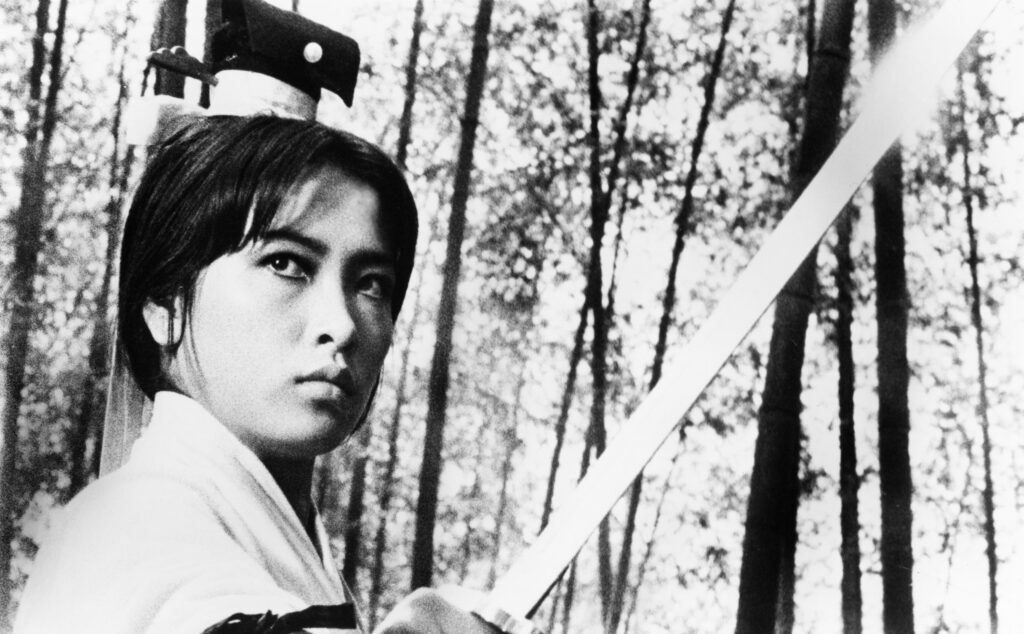 “‘Visionary’ barely begins to describe this masterpiece of Chinese cinema and martial arts moviemaking. A Touch of Zen (Xia nu) by King Hu depicts the journey of Yang, a fugitive noblewoman in disguise who seeks refuge in a remote, and allegedly haunted, village. The sanctuary she and her three companions find with a shy scholar is shattered when a nefarious swordsman uncovers her identity, pitting the five against legions of blade-wielding opponents. At once a wuxia film, the tale of a spiritual quest, and a study in human nature, A Touch of Zen is an unparalleled work in Hu’s formidable career and an epic of the highest order, characterized by breathtaking action choreography, stunning widescreen landscapes, and innovative editing.” (The Criterion Collection)