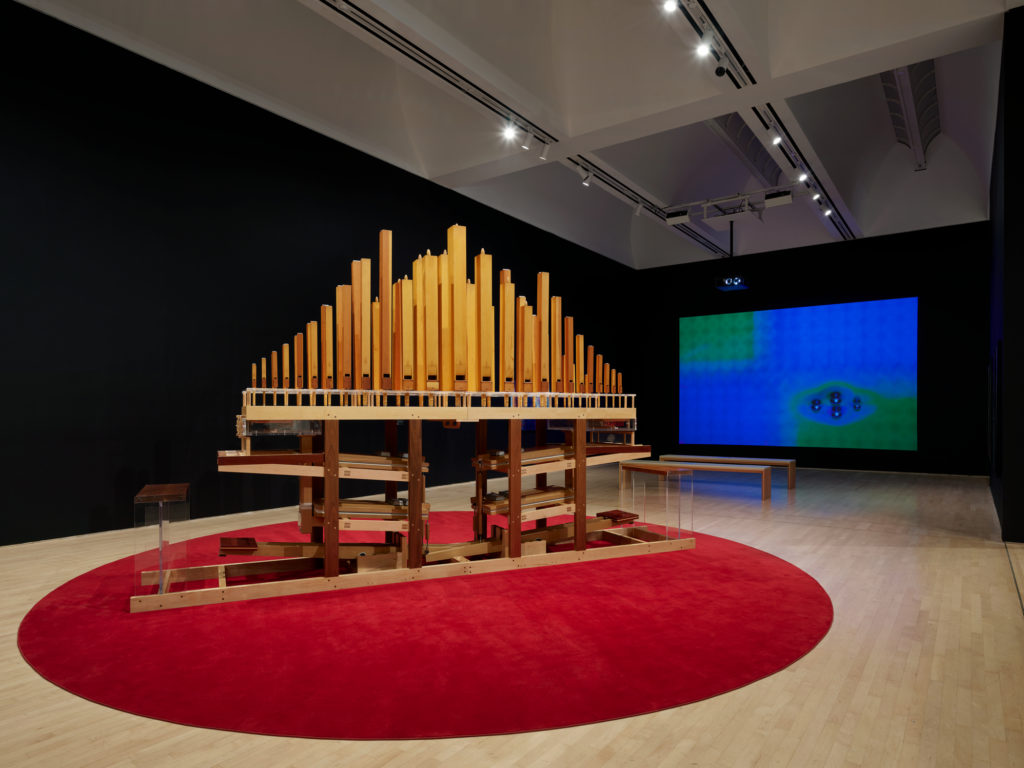 Free with museum admission.
Capacity is limited at this in-gallery event. There is no RSVP needed for this performance; admission is on a first-come, first-served basis.

Join us for a final evening of performances on and in relation to the Auerglass Organ, a two-person collaborative pump organ conceived by Tauba Auerbach and musician Cameron Mesirow (known professionally as Glasser). The Auerglass, whose title combines the artists’ names, depends on trust and coordination to play and expands upon key interdisciplinary themes and concepts from the exhibition Tauba Auerbach — S v Z. The instrument cannot be played by a single person, as each player relies on the other to pump air into their pipes. The two sides of the instrument are just shy of symmetrical — a single keyboard is divided between them in alternating notes.

Students and alumni from Mills College, the San Francisco Conservatory of Music, and San Francisco State University will play original pieces that they have composed for the Auerglass Organ. They will be joined by Auerbach and Mesirow for this culminating event.