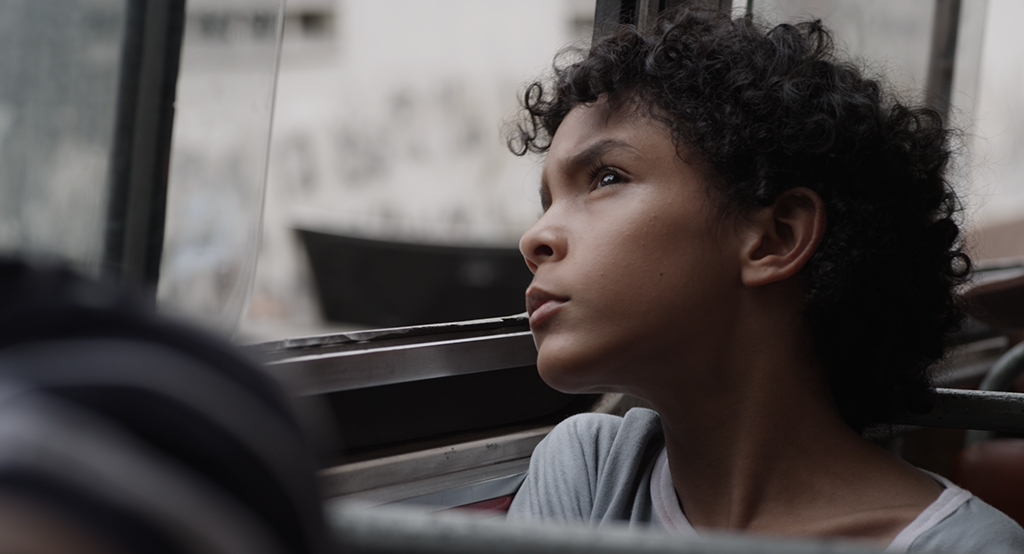 “In a Caracas tenement high-rise, Marta is raising two children alone, their father long gone and her security-job employment recently terminated. Broke and desperate, she focuses her frustrations on her 10-year-old elder son Junior’s curious new determination to straighten his frizzy interracial hair. He wants to look like the people he watches on T.V. — not actually be a beauty contestant or singer, but simply resemble one. It’s a harmless enough pursuit, one would think. But Marta worries it’s a sign of femininity that underscores her failings as a parent and provider. The resulting conflict between them shouldn’t turn serious — and yet somehow it keeps pressing all the wrong buttons until mother and son may not be able to repair the damage. Without ever spelling anything out, Mariana Rondón’s prize-winning feature addresses potent issues of economic pressure and homophobia within the family unit. She displays a fine understanding of the unspoken tensions that can create a divide — and the occasional words said in anger that can seal it.” — SFFILM