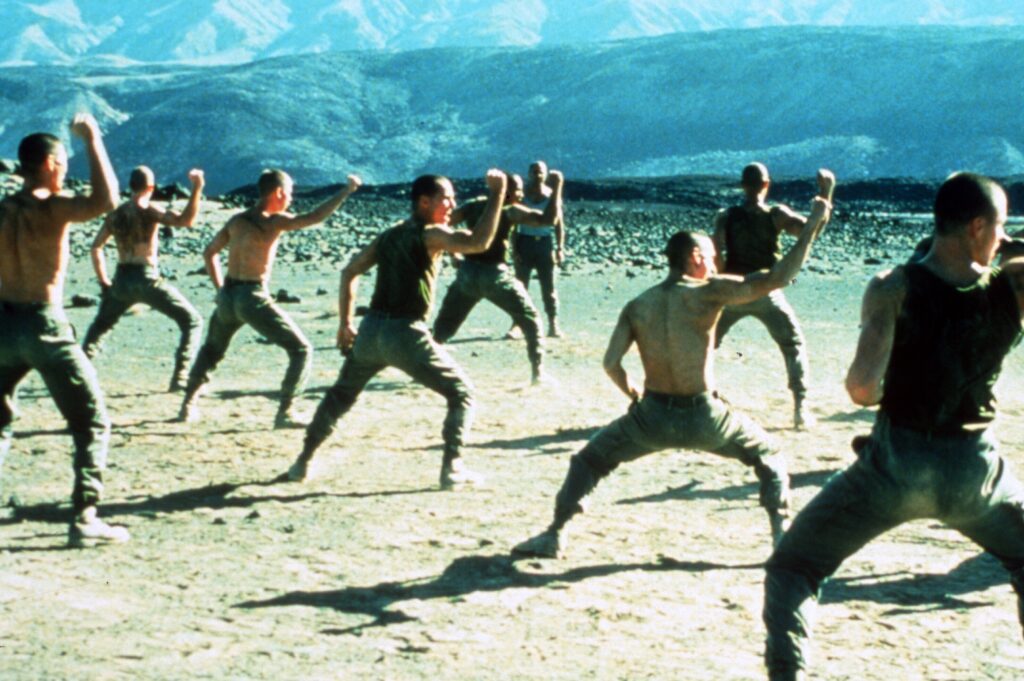 This event has been rescheduled and tickets are $5 for SFMOMA and SFFILM members.

“Denis adds a new visual dimension to her work with this lyrical adaptation of Herman Melville’s allegorical Billy Budd. On the African coast, in a nameless country of paradisiacal beauty and hellish poverty, a detachment of legionnaires punish themselves with drills and training rituals to fight boredom. Numbed by the pointless routine, Sergeant Galoup (Denis Lavant) conceives an irrational hatred for Sentain (Grégoire Colin), a new recruit whose innate goodness perversely strikes Galoup as an affront.”
— Dave Kehr, SFFILM Festival