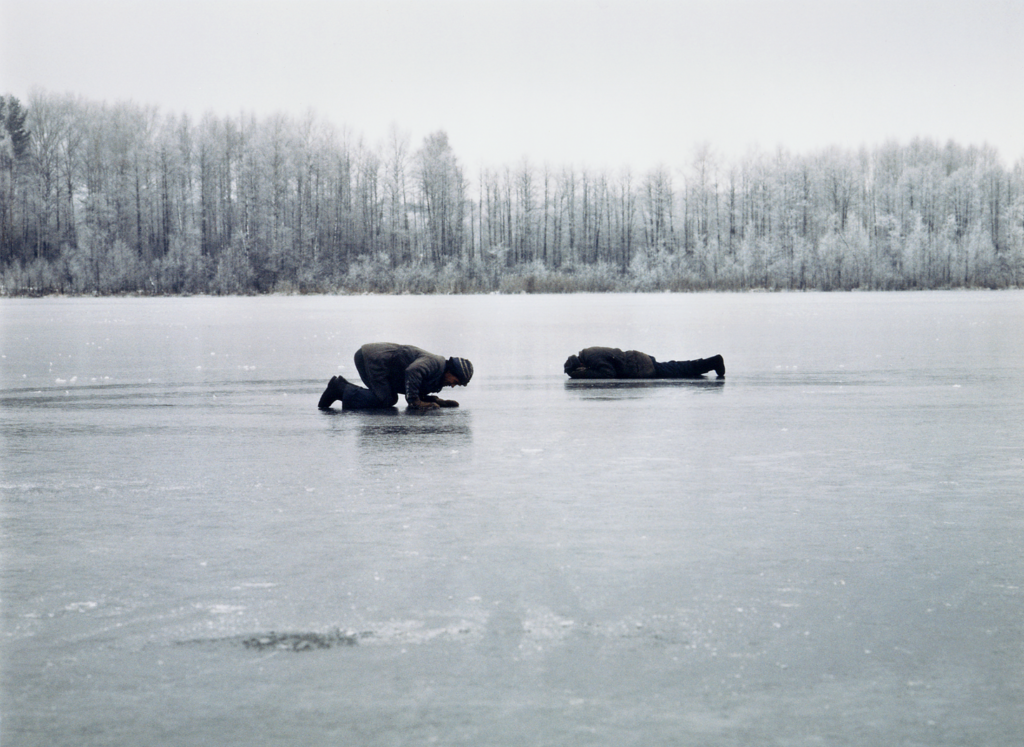 Bells from the Deep with Pilgrimage

“Herzog’s… film segregates itself from cinéma vérité and strives to find a higher form of fact and truth, an essentially poetic one. So the lines between fact and fiction are blurred… Herzog does not hide behind his made-up truth, he advertises it, as it serves a higher purpose: it tells an ecstatic truth.”
— Ioana-Lucia Demczuk,
Senses of Cinema

“I wanted to get shots of pilgrims crawling around on the ice trying to catch a glimpse of the lost city, but as there were no pilgrims around I hired two drunks from the next town and put them on the ice. One of them has his face right on the ice and looks like he is in very deep meditation. The accountant’s truth: He was completely drunk and fell asleep, and we had to wake him at the end of the take.” — Werner Herzog on Bells from the Deep

Bells from the Deep screens with Pilgrimage, a film about the deep spirituality, religious fervor, and profound human suffering of pilgrims, following pilgrimages to the Virgin of Guadalupe, the tomb of Saint Sergei in Zagorsk/Russia, and several other places around the world.

Bells from the Deep