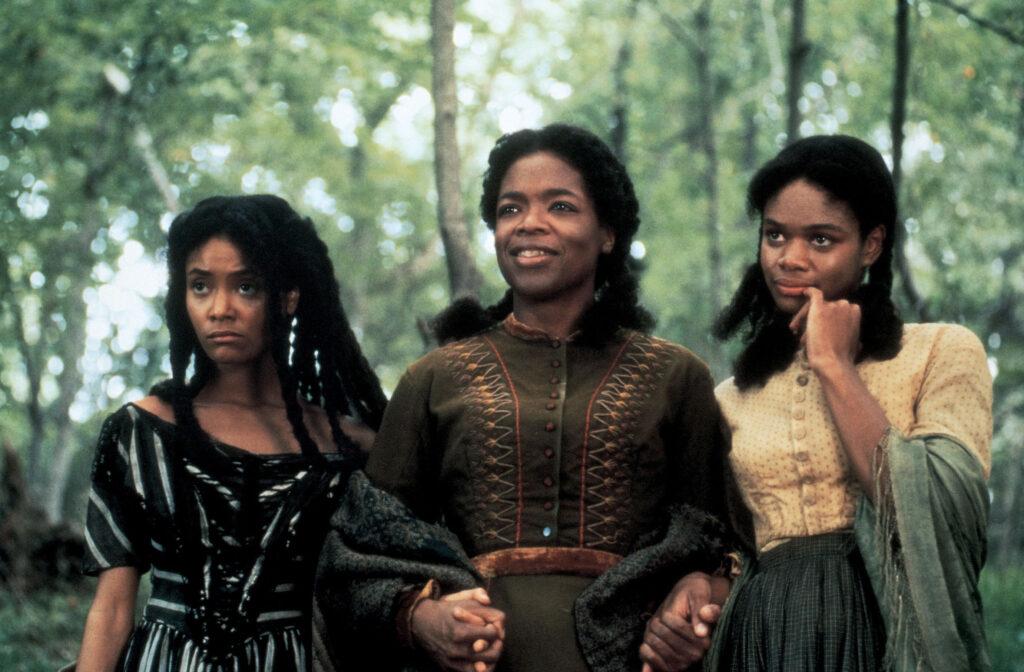 Beloved, based on Toni Morrison’s 1987 contemporary Southern Gothic novel, follows the harrowing, paranormal struggles of Sethe (Oprah Winfrey), a mother haunted by a poltergeist and the specters of slavery, her desperate fight for freedom, and the deep losses to gain it.