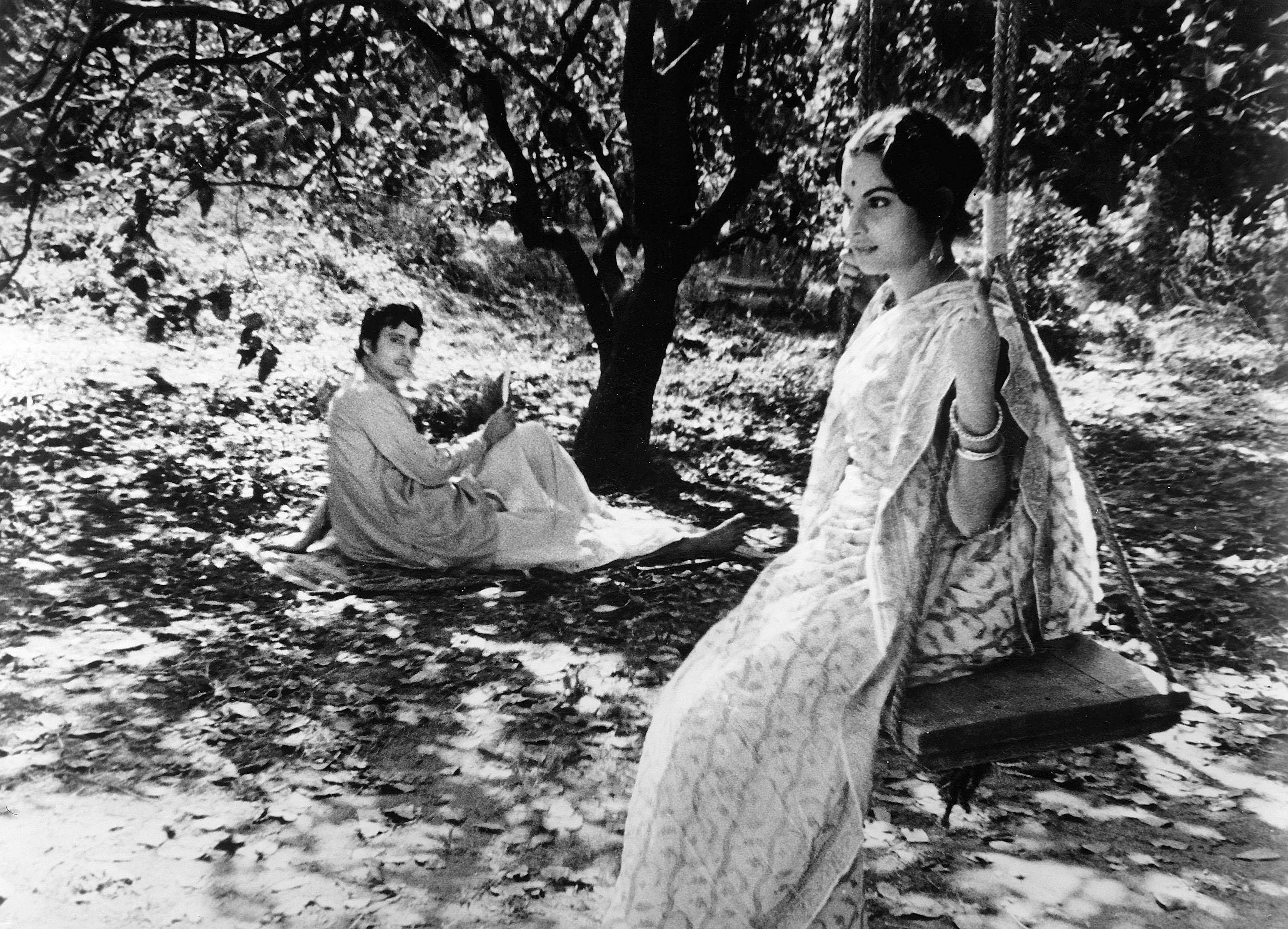 “Charulata, Satyajit Ray’s most nearly flawless film apart from his great Apu trilogy, is a flowing, opulent tale that seems to be lit from inside like a velvet-lined carriage with a lantern in it rocked by a hot monsoon wind. The film carries an exquisite period flavor of the 1870s in Bengal…Charulata is the heroine of the film which was adapted from a Rabindranath Tagore novel. Her husband is a bearded intellectual who runs an anti-British radical newspaper. To keep his bored wife amused, he sends for his young cousin Amal, who encourages her to write. A powerful sexual bond grows between them, though it is never acknowledged openly….Charulata is beautifully written, and sometimes very funny. Along with everything else, the picture is a fascinating fable about the bequest of Empire in India. The film is triumphant in its comprehension of a period.” — Penelope Gilliatt, The New Yorker