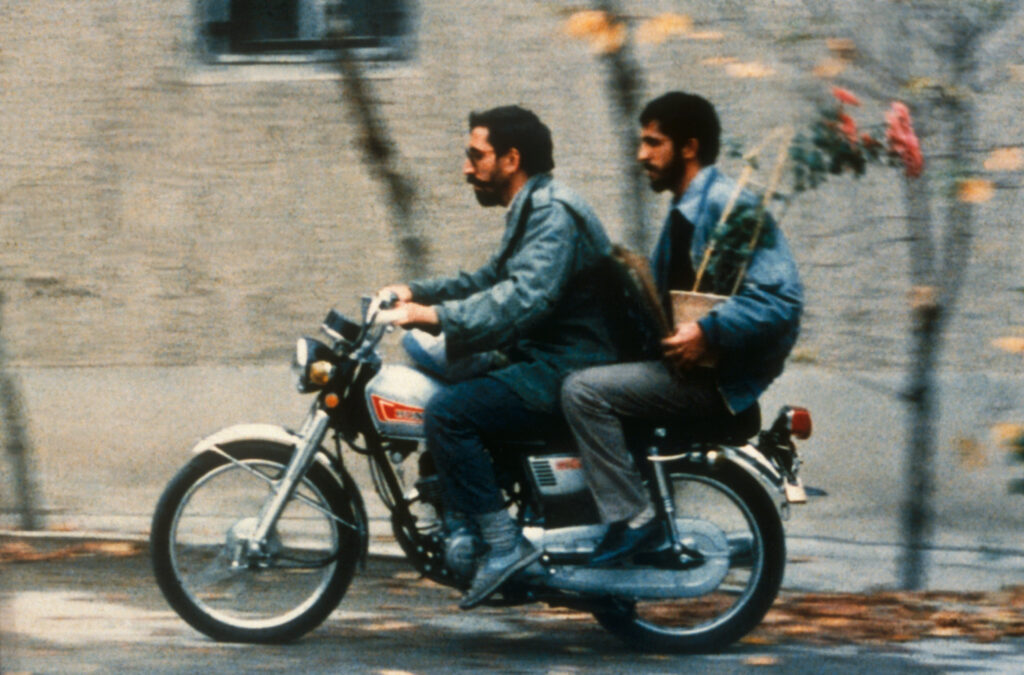 “Much stranger than fiction, Close-Up recounts the bizarre case of Hosein Sabzian, a frustrated film buff who pretended to be well-known director Mohsen Makhmalbaf. Under the guise of preparing a new project, the impostor became intimate with the Ahankhahs, a well-to-do but naive family. His ruse, however, was soon discovered, and an ambitious magazine reporter characterized Sabzian as a dangerous con man. Kiarostami obtained permission to film Sabzian’s trial and afterwards persuaded all involved (except the journalist) to recreate the events. Poignant, compelling, and frequently humorous, Close-Up…documents the vulnerable nature of the human ego, highlighting every person’s need for recognition and high self-esteem. Its mix of cinéma vérité and reenactment underscores the subjective nature of the “filmed truth.” Moreover, the issues of employment and poverty which emerge at Sabzian’s trial render the film a subtle societal critique. Ironically, Close-Up also fulfills the dreams of both Sabzian and the family he duped — allowing them to be in the movies at last.” — Alissa Simon, San Francisco International Film Festival

“No other film does more to interrogate certain aspects of the documentary form itself.” — Jonathan Rosenbaum, jonathanrosenbaum.net