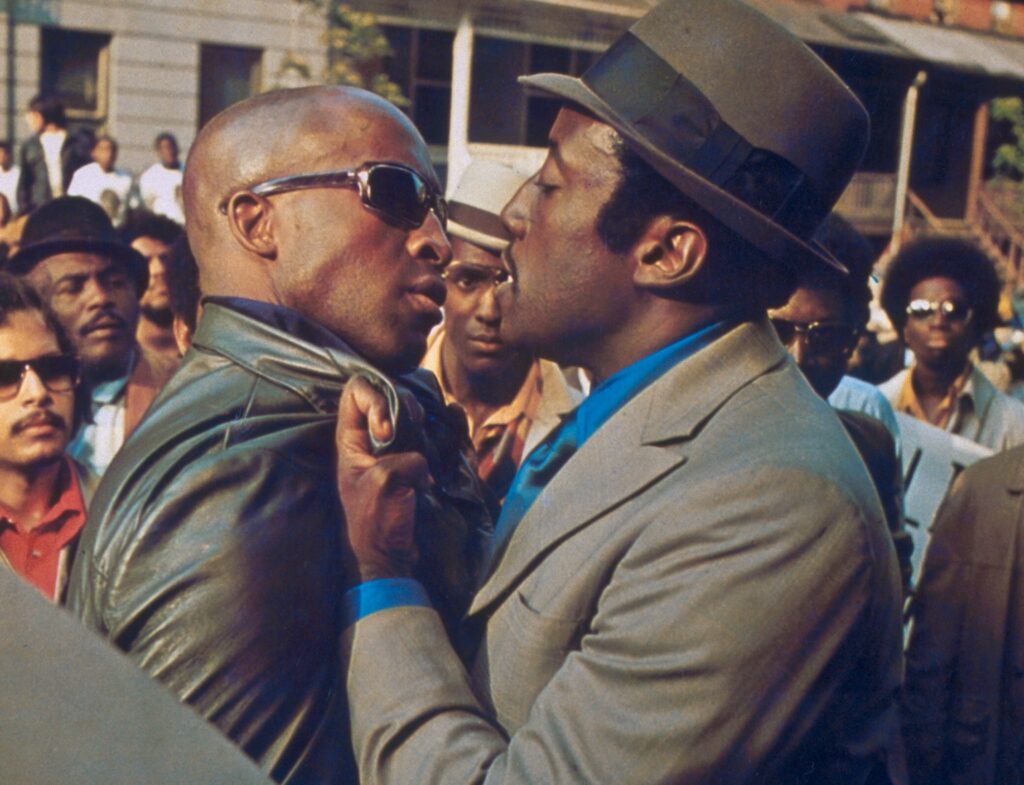 “Detectives ‘Gravedigger’ Jones (Godfrey Cambridge) and ‘Coffin Ed’ Johnson (Raymond St. Jacques) are on a case investigating a crooked Reverend (Calvin Lockhart) — a brother whose “Back to Africa” campaign is nothing more than a big scam. But when $87,000 of the Reverend’s laundered cash gets stashed in a bale of cotton, Gravedigger and Coffin find they’re not the only dudes suddenly interested in soaring cotton prices as they come up against the mafia, the police, Black militants, and street thugs in an all-out dash to nab $87,000 cash.”
— KinoLorber