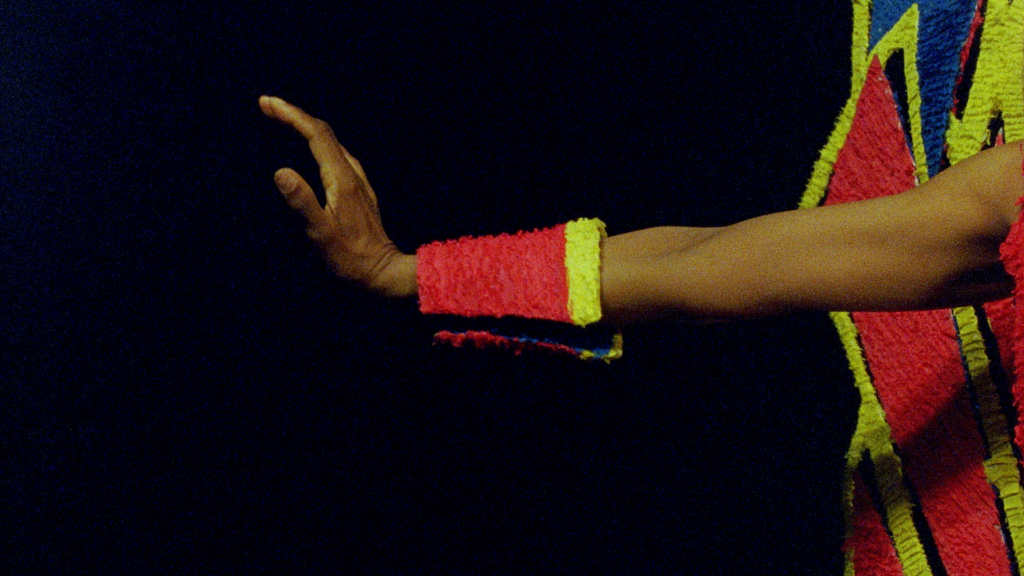 “Films of wander, drift, and encounter with the world give way to abstracted spaces and fragmentary envisionings of bodies. Self-portraiture gives way to other-portraiture, cinematic revisioning and enactment of feminist art actions. Experiences forgotten by the mind are carried by the body. Aches may linger. Is it uncommon to relive events in which your body played no part?”

Program 5: inside the machine (demolition of a
wall)

“It’s something pretending to be something else. It starts one brick at a time. The films in this program collide the abstract with the concrete and the mighty concrete crumbles. Astrology meets machinery. Alchemy meets astronomy and space noises bloom. Lines are drawn, erased, blurred, and drawn again.”

Inside the Machine (2016, projection performance) by Dianna Barrie and Richard Tuohy

At the Horizon (2018) by Manuel Knapp and Makino Takashi

“Shutter-induced visions confound, overreach, and dissipate. Films as overflowing boxes of coagulated speed, color, and contrast. Confusion in slow motion; eclipses and occlusions. The mechanisms of memory evoke the future. Time moves in all directions (and sometimes not at all). Program features an extended and extrapolated portrait of musician Thom AJ. MadsoN (Assajan Jakgawan). Live quad-projection (in 16mm) by Simon Liu + live sound by Warren Ng (This Invitation) ring in our CROSSROADS Saturday night.”

“Join us for films on diaspora, migration, exodus, resistance, the flows of traffic, bodies, air, water, and culture. The self-organizing motor traffic of the streets of Jakarta teems. Bahamian Junkanoo costumes and rhythms rake ‘n’ scrape. Voices and images of street art, poetics of resistance. The spirit of a dreaming Diana Ross enacts visions of Mahogany while Sly the Family Stone hit the tarmac.”

Olly Olly Oxen Free (2017) by Julia Dogra-Brazell; How Can I Ever Be Late (2017) by Kevin Jerome Everson and Claudrena N. Harold

Mahogany Too (2018) by Akosua Adoma Owusu