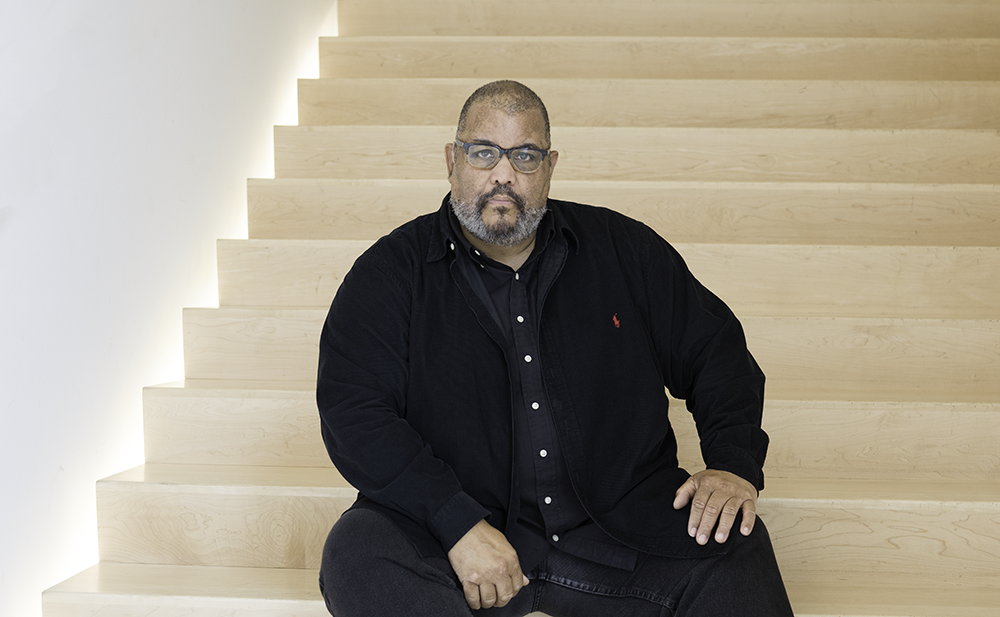 This event is at capacity. Rush tickets may be available 30 minutes prior to the start of the event on a first-come, first-served basis.

On the occasion of Dawoud Bey’s major retrospective Dawoud Bey: An American Project (opening February 15), the artist joins us for a conversation with Leigh Raiford, chair of UC Berkeley’s African American Studies program. Moderated by exhibition curator, Corey Keller, Bey and Raiford’s conversation will expand on the representation of blackness as an aesthetic and political act, and the role that photography plays in visualizing history.

Since the beginning of his career, Bey has used his camera to represent communities and histories that have largely remained underrepresented or even unseen. He has worked primarily in portraiture, making tender and direct portrayals of black subjects both on the street and in the studio. Bey sees making art as an act of personal expression and social and political responsibility, emphasizing the necessary work of artists and art institutions to break down obstacles to access, convene communities, and open dialogue.

Dawoud Bey began his career with the series Harlem, U.S.A., exhibited at his first solo show in 1979 at the Studio Museum in Harlem. His work has been featured in numerous exhibitions worldwide and he has created many participatory projects focused on making institutional museum spaces more accessible to their communities ― especially to young people. Bey is a recipient of the MacArthur Foundation Fellowship, also known as the Genius Grant, among other awards and honors. He holds a master of fine arts degree from Yale, and is currently a professor of art and a former Distinguished College Artist at Columbia College Chicago, where he has taught since 1998.

Leigh Raiford is an associate professor of African American Studies at UC Berkeley, where she teaches and researches about race, gender, justice, and visuality. Raiford is the author of Imprisoned in a Luminous Glare: Photography and the African American Freedom Struggle; co-editor with Heike Raphael-Hernandez of Migrating the Black Body: Visual Culture and the African Diaspora, and with Renee Romano of The Civil Rights Movement in American Memory. Raiford has written essays about the work of a number of contemporary black artists, including Dawoud Bey, Toyin Ojih Odutola, and Lava Thomas.

Corey Keller is curator of photography at SFMOMA. She has organized numerous exhibitions, including Brought to Light: Photography and the Invisible, 1840–1900 (2008); the traveling retrospective Francesca Woodman (2011); and About Time: Photography in a Moment of Change (2016), the inaugural presentation of the photography collection in SFMOMA’s new building. Most recently, she curated Signs and Wonders: The Photography of J.B. Greene. She has taught at Stanford, the San Francisco Art Institute, and the California College of the Arts.