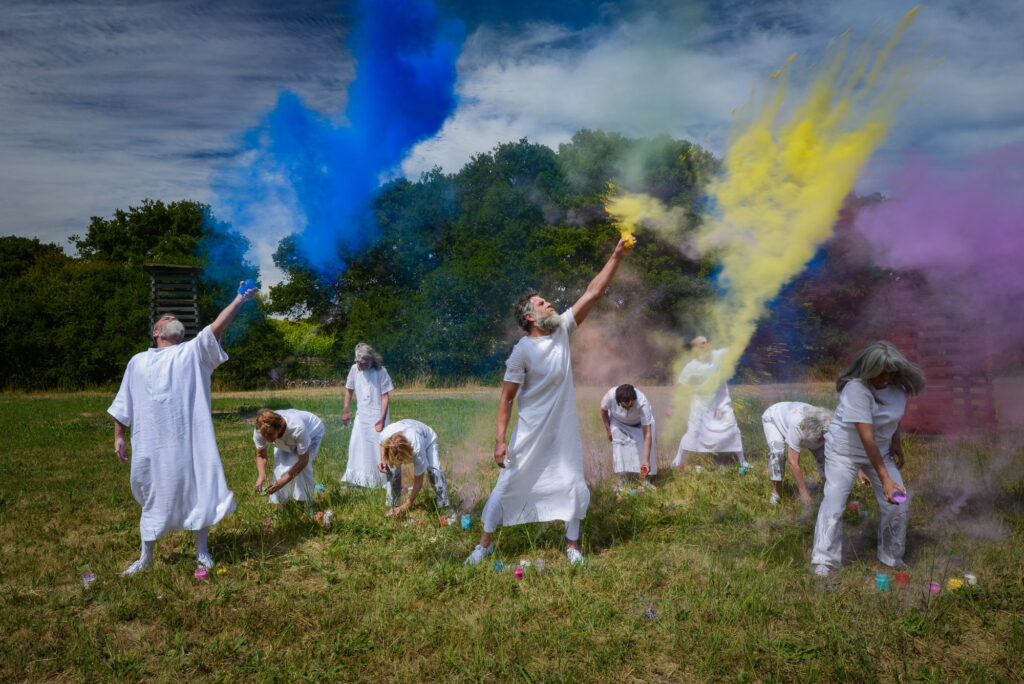 Join us as Oakland-based artist Desirée Holman unveils a new chapter of Sophont in Action, a processional performance and video piece exploring theosophy, E.T. sightings, New Age mysticism, and California utopias. Originally developed in 2013, Sophont in Action was performed at SFMOMA marking our temporary closure before we went On the Go. As part of the Performance in Progress series, Holman returns to SFMOMA with her cast of Time Travelers, Ecstatic Dancers, and Indigo Children for this special debut performance that invites visitors into the future.

Desirée Holman’s Sophont in Action follows esoteric beings — elder Time Travelers, adult Ecstatic Dancers, and young Indigo Children — as they enact rituals across generations. Invited as witnesses, we join Guides in an unfolding ceremonial space, throughout the expanded SFMOMA building. Our procession echoes the first Sophont performance on June 2, 2013, when Holman’s characters led audiences outside of the Mario Botta-designed SFMOMA building and asked those gathered to “Look Up. Imagine More.” At that time, the command seemed directed at the museum itself, invoking our current moment with its new architecture standing overhead. In this time, in this action, Sophont in Action’s inhabitants call to the future, one whose object might now be bigger, more personal, political, and as ever present-tense as before. Our movement together occurs in silence.

Desirée Holman’s Sophont in Action was commissioned by SFMOMA as a part of Performance in Progress.

Born in Alabama, Desirée Holman currently lives and works in Oakland, California. An interdisciplinary artist, she works across various media including public art, performance, video, and photography as well as painting and drawing. Her gallery-based work makes use of rehearsals, costumes, and props to present complex social groups, often in a state of change. Holman describes her work as attempting to “occupy British anthropologist Victor Turner’s notion of liminality, a transitional state of ritual wherein participants fully engaged in performance inhabit a series of new, hybrid identities.” Holman’s 2016 SFMOMA commission, Sophont in Action, captures these hybrid identities as they prepare for a utopian future from the esoteric knowledge and lived experiments of the past and present.

Benay Dara-Abrams is a sensory data scientist, practical visionary, technology pioneer, impromptu no tutu, and Witnessing Movement dancer. She has a PhD in computer science and has worked to improve the quality of life for those with an impaired sense of taste. Her current work builds the previous development of a sensor-enabled elder social support platform, supported by a technology transfer grant from the National Institute of Health.

Marcus Scott is a singer, songwriter, dancer, and poet who has been writing and performing since he was twelve years old. Scott has been playing in bands since 1980 and is currently the singer/songwriter for San Francisco-based band Bdubs and The Playas.

Dia Dear is a performance artist based in San Francisco. As a recipient of the Maroc Artist Meeting Residency — in collaboration with Marrakech Biennale 6: Not New Now Marrakech, Morocco (2016) — they are working on a series of experimental performances investigating tension.

Kevin CK Lo is a composer, choreographer, writer, and artist born in New Zealand and based in Oakland. His work utilizes instruments, digital sound processing, and generative programming environments to examine spatial and auditory sensitivities, topological structure, and audience kinesthesia. His work has been presented internationally, including at the Soundwave Biennial (Gray Area, San Francisco) and Real Future Fair (Oakland Museum of California).

Alisa Clayton began her formal training at the Academy of Ballet in San Francisco, under the guidance of Janet Sassoon. After being accepted into the Alvin Ailey American Dance Center in New York, she returned to dance with the Robert Henry Johnson Dance Company in San Francisco. Alisa has studied and performed many forms of dance including hula, samba, Afro-Haitian, salsa, West African, and hip hop, among others. Alisa now teaches ballet and cultural dances for the San Francisco Ballet Dance in Schools & Communities (DISC) program to hundreds of second and third graders.

Ayden Chacko is thirteen years old and an artist at heart. She is currently writing a book of poems that documents her journey through teenage life, which she hopes to publish at twenty. Charting her struggles, and how she navigated them, she hopes her book will be both an inspiration and comfort to teens. She has danced with Dance Mission Theater since 2013.

Micaela Hiatt-Ludovico is a native of San Francisco and currently a freshman at Galileo High School. She has a passion for dance and music and was part of the Dance Mission’s Jr. Grrrl Brigade for three years. Micaela has danced ballet, modern dance, and hip hop and is the youngest member of the dance group Funksters. Micaela is also an avid reader and loves volleyball.

Darrick Clayton began his formal acting training at the American Conservatory Theater. Following this, he received his master’s degree from the University of Washington, where he also co-founded the Washington Ensemble Theatre.

Anthony Discenza is a Bay Area-based artist whose work reveals an uneasy fascination with the manufactured representations of mass culture. Dicsenza is also interested in speculative literature and the problems of artistic production. His work has been exhibited at SFMOMA, the Cleveland Museum of Contemporary Art, the Galleria d’Arte Moderna e Contemporanea in Bergamo, the Aspen Art Museum, the Contemporary Jewish Museum, the Wattis Institute for Contemporary Arts, the Getty Center, the Whitney Museum of American Art, Ballroom Marfa, and Objectif Exhibitions.

Patricia Jiron is a native of San Francisco and began her career as a dancer at sixteen at what is now San Francisco School of the Arts. Her work has been inspired by the convergence of art, spirituality, social change, improvisation, and landscape. Jiron has received honorable mentions in the San Francisco Chronicle and the New York times for her idiosyncratic dance style and was nominated for an Isadora Duncan Award for Best Choreography in 2009. She is not a full-time yoga teacher and wellness instructor.

Jason Torres Hancock is a performance artist from the San Francisco Bay Area, with a background in acting, ballet, and modern dance. Since 2002, Hancock has created dance/theater works both as a solo artist and for his past performance collaborative, GROUP. His work has been presented in San Francisco, Boulder, Chicago, and New York City. Hancock holds a BA in Drama from U.C. Irvine and an MFA in Theater: Contemporary Performance from Naropa University. He also holds a MA in Mythological Studies from Pacifica Graduate Institute.

Assistant to the Artist 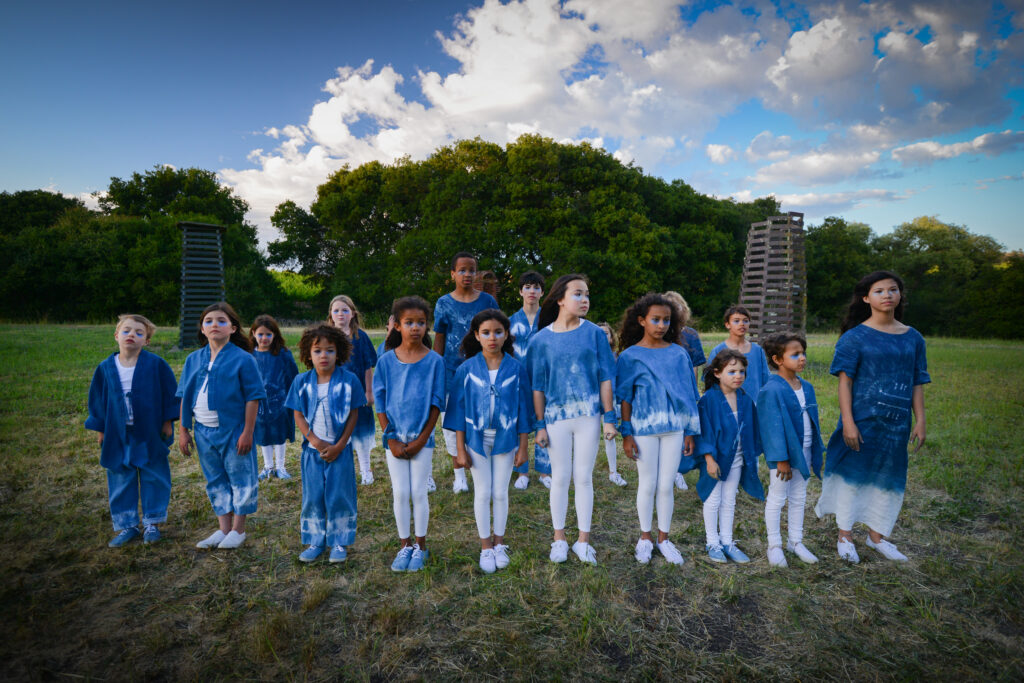 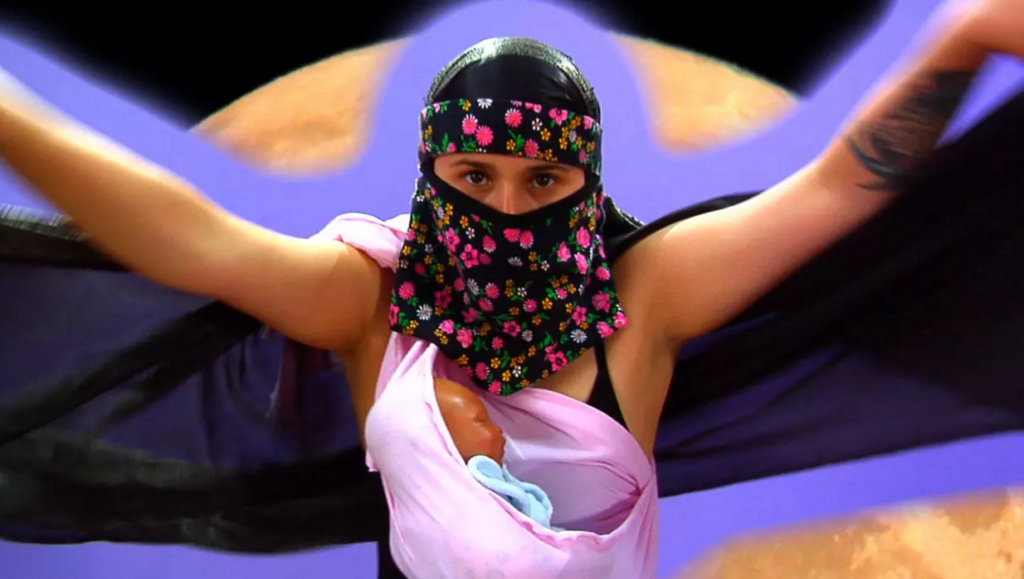 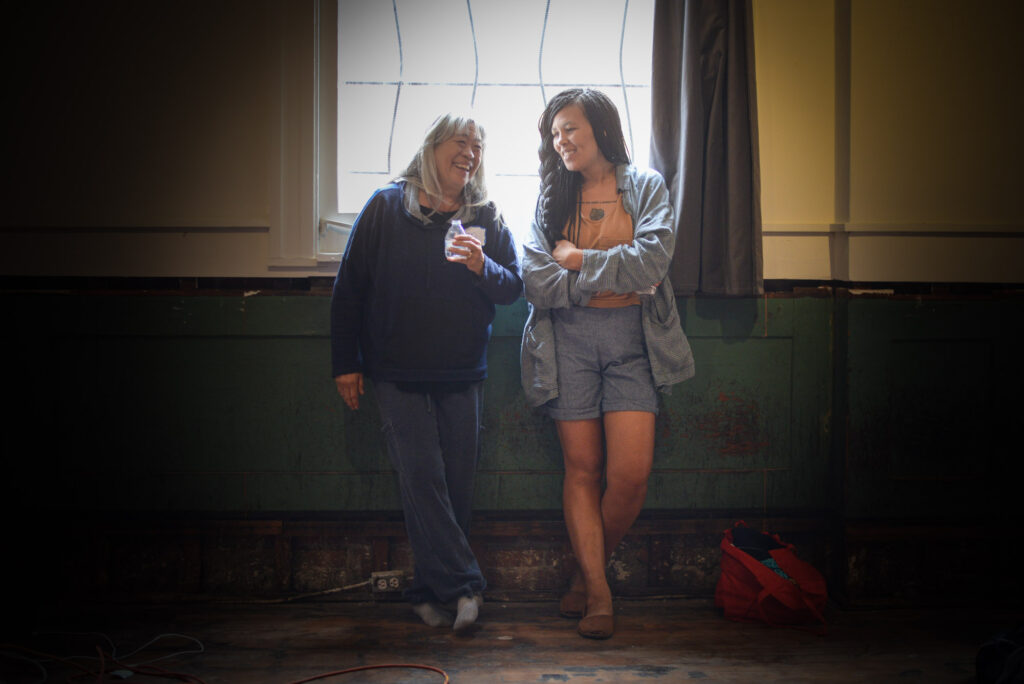