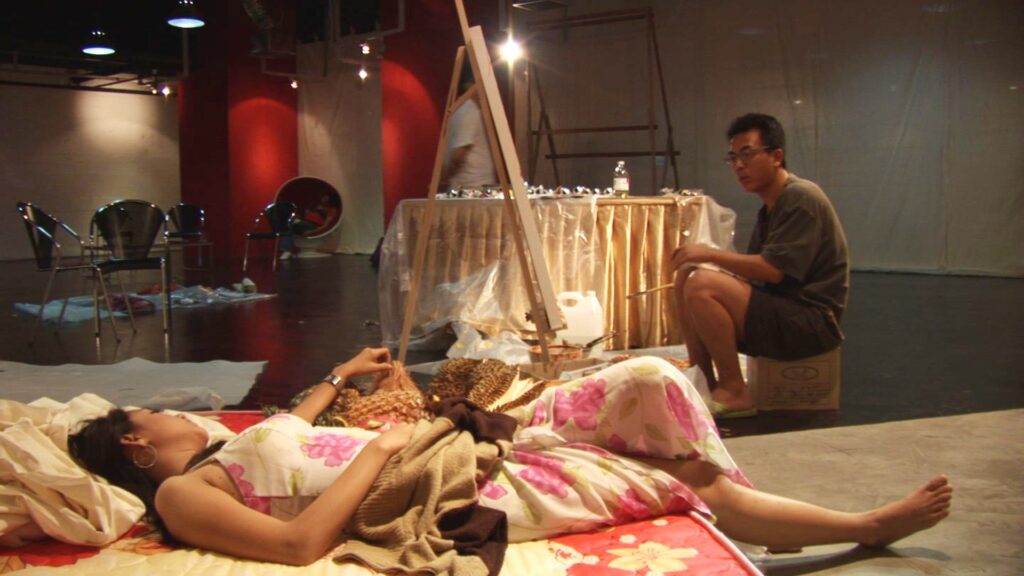 This film is free with RSVP.

“Jia Zhangke travels with acclaimed painter Liu Xiaodong from China to Thailand as they meet everyday workers in the throes of social turmoil.

Liu Xiaodong is well known for his monumental canvases, particularly those inspired by China’s Three Gorges Dam project. In Dong, Jia Zhangke visits Liu on the banks of Fengjie, a city about to be swallowed up by the Yangtze River. The area is in the process of being deconstructed by armies of shirtless male workers who form the subject of Liu’s paintings. Liu and Jia next travel to Bangkok, where Liu paints Thai sex workers languishing in brothels. The two sets of paintings are united in their subjects’ shared sense of malaise in the face of the dehumanizing labor afforded them.

Jia takes Liu’s work as a point of inspiration for his own cinematic innovation. Produced as a companion piece to Still Life (Golden Lion, Venice Film Festival), Dong stands on its own as an aesthetically provocative exploration of the documentary form. Blessed with the director’s signature compositional beauty and humanism, Jia’s vision of China is concrete and explosive (Jean-Pierre Rehm, Cahiers du Cinema). Dong exemplifies the cinematic mastery that has earned Jia the distinction of being ‘the planets most excitingly original filmmaker’ (Scott Foundas, LA Weekly).”

Liu Xiaodong’s work is on view in the exhibition Art and China After 1989: Theater of the World.