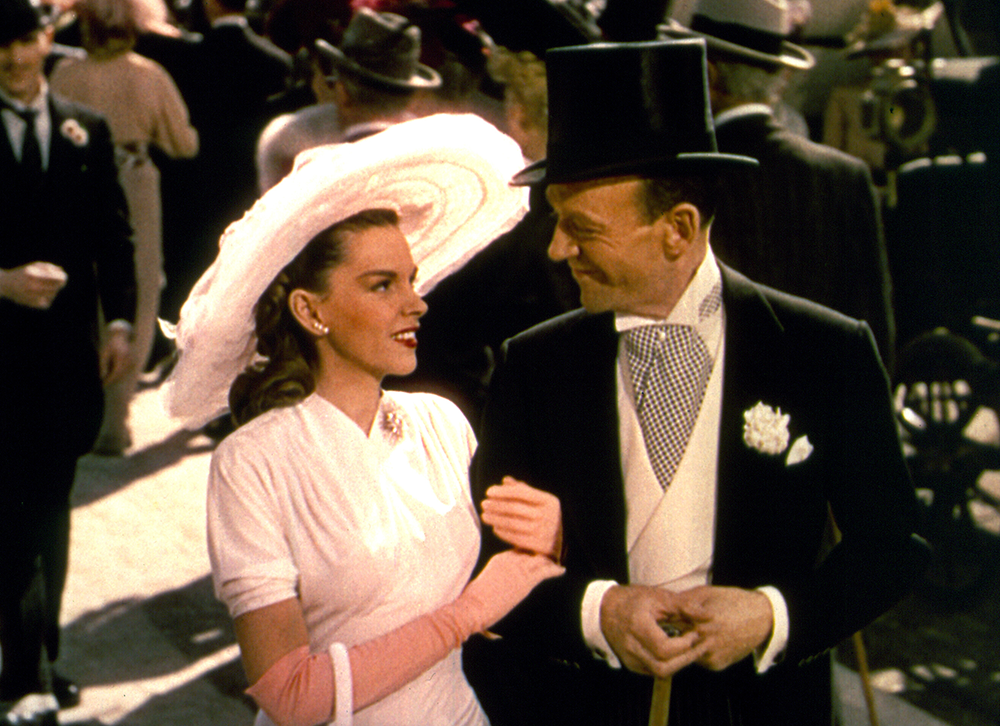 Like many Hollywood musicals of the 1940s and ‘50s, the 1948 film Easter Parade was created around the songbook of immensely popular composer Irving Berlin. It stars Fred Astaire as a well-known song-and-dance performer who recruits a chorus girl played by Judy Garland to be his dance partner after his former partner leaves him. Astaire came out of semi-retirement to play Don Hewes, after Gene Kelly, who was originally slated for the role, broke his ankle. It would be the most commercially successful film in both his and Garland’s careers ― indeed, Berlin himself remarked, “No one has ever sung my songs better than Judy Garland.” Despite the title, Easter features lightly into the plot, yet the spirit of the holiday is ever present in the pastel palette of this Technicolor film, which one BBC critic described as “the happiest of Arthur Freed’s MGM musicals.”