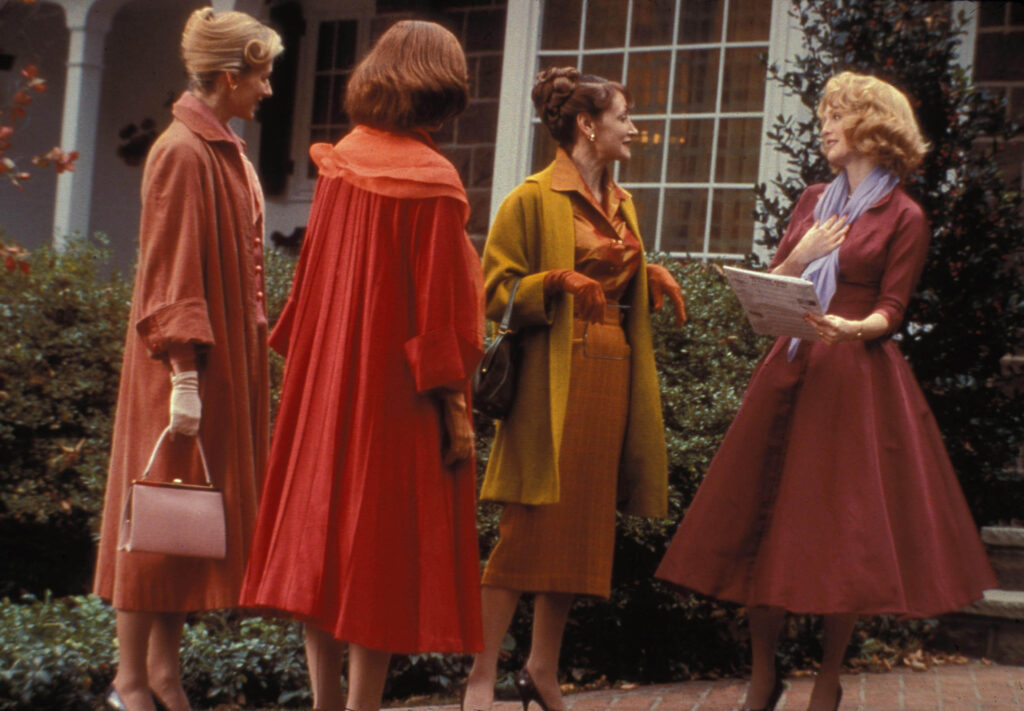 Inspired by the work of Douglas Sirk and Rainer Werner Fassbinder, Todd Haynes’s Far from Heaven takes melodrama to new heights. The story — which crosses both sexual and racial lines — revolves around a privileged suburban family whose lives are filled with daily family etiquette, social events at the club, and an overall desire to keep up with the Joneses. The family is turned upside down when both husband and wife are faced with choices that not only create a gossip mill for the entire community but also change their lives forever. Anchored by amazing performances by Julianne Moore, Dennis Haysbert, Patricia Clarkson, and Dennis Quaid; exquisite cinematography; and lush production design; Far from Heaven is a cinematic marvel.

“Todd Haynes has directed a miraculous picture which has dispatched the tired debate about postmodernism; he has given us a vivid human story and a compelling love-letter to cinema itself.”
— Peter Bradshaw, The Guardian