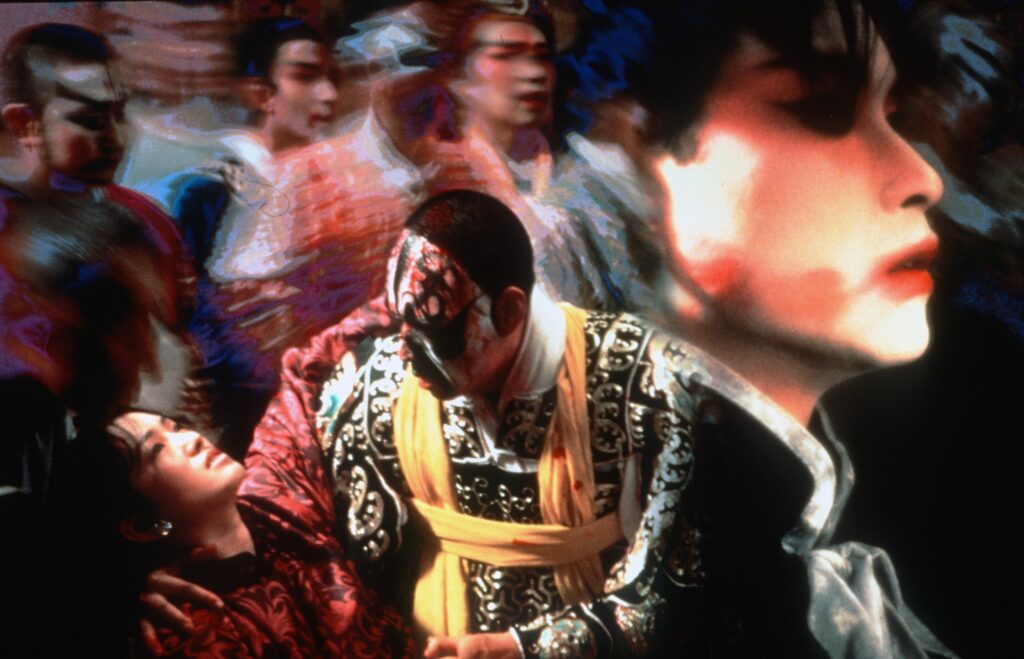 “Farewell My Concubine is two films at once: an epic spanning a half-century of modern Chinese history, and a melodrama about life backstage at the famed Peking Opera. The idea of viewing modern China through the eyes of two of the opera’s stars would not, at first, seem logical: how could the birth pangs of a developing nation have much in common with the death pangs of an ancient and ritualistic art form? And yet the film flows with such urgency that all its connections seem logical. And it is filmed with such visual splendor that possible objections are swept aside…We meet the delicate young Douzi (Leslie Cheung), who is assigned to the [cross-dressing] role of the concubine in a famous traditional opera, and the more masculine Shitou (Zhang Fengyi), who will play the king. Throughout their lives they will be locked into these roles onstage, while their personal relationship somehow survives the upheavals of World War II, the communist takeover of China, and the Cultural Revolution.

The movie’s director is Chen Keige, who knows about the Cultural Revolution first hand. Born in 1952, he was sent in 1969 to a rural area to do manual labor; the scenes involving the Peking Opera’s youth training programs may owe something to this experience.” (Roger Ebert)