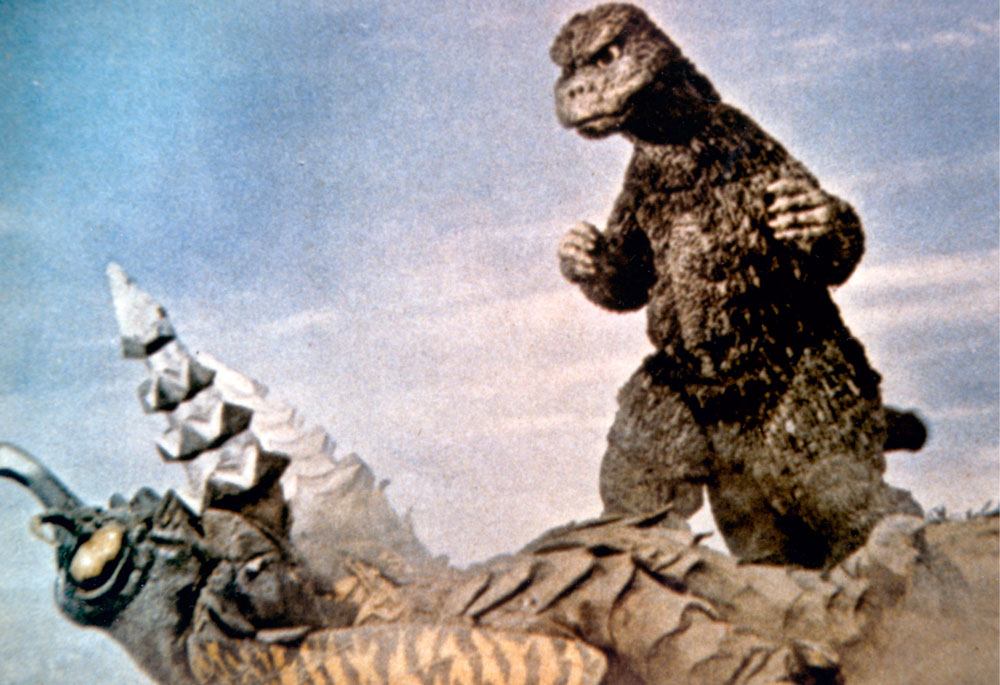 Nearly twenty years into the Godzilla franchise comes Godzilla vs. Megalon (1973), the thirteenth movie in the series. Since his cinematic birth, Godzilla has gone from havoc-wreaking monster to benevolent guardian, a sort of friendly giant mercenary for civilizations under threat. In Godzilla vs. Megalon, the citizens of the underwater kingdom Seatopia seek revenge for the damage that nuclear testing has wrought on their civilization. They unleash the monster Megalon to mete out their justice on humankind. Vincent Canby observed in the New York Times that this film was “wildly preposterous, imaginative, and funny (often intentionally).” With its noticeably archaic production value, including often-visible wires supporting the dueling monster, this film is certainly a cinematic period piece, yet the issues it brings up — the everlasting struggle between good and evil, the inescapability of death, and the geopolitical wages of offshore pollution — are timeless. Faded print condition.

Godzilla vs. Megalon played at the Loew’s Victoria Theater the weekend of July 23, 1976.