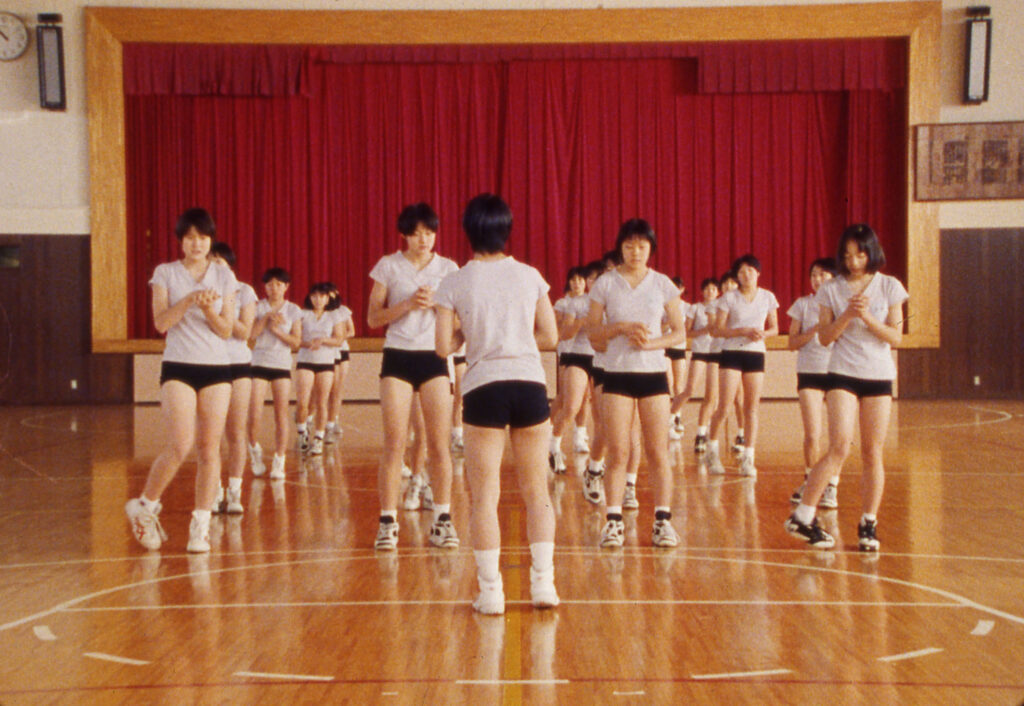 Sharon Lockhart’s film portrays the exercise routines of a girls’ basketball team in suburban Japan in six uninterrupted, ten-minute takes. As it unfolds, the drills reveal themselves to be subtly choreographed, creating a mesmerizing reflection on the musical, theatrical, and documentary qualities of cinema. With its elegant transformation of everyday movements into dance, Lockhart’s film simultaneously engages the traditions of experimental film, postmodern dance, and visual ethnography.

“At the time I was looking for ways to make an ethnographic film while on a residency in Japan. I was considering the ways cultures look at each other and also thinking about movement and reading about the pioneers of postmodern dance. After encountering the girls’ basketball team at this high school I thought that all the parts fit together perfectly. Their activities were themselves an interpretation of American culture, so I knew that interpretive models would be foregrounded.” — Sharon Lockhart, Goshogoaka