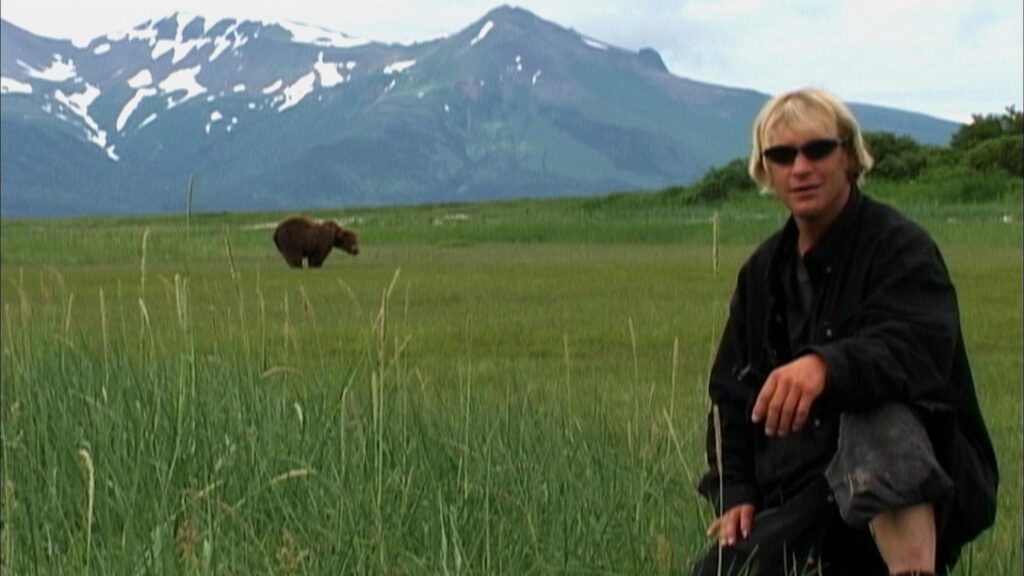 With introduction and Q+A by Werner Herzog

“The strange story of Timothy Treadwell, a Long Island native who came to see himself as some kind of ursine Dr. Doolittle, only to die at 46 from a bear attack, is the subject of Grizzly Man. As fans of the German New Wave know, the director has a fondness for stories about men who journey into the heart of darkness, both without and within…Treadwell’s journey is no less bold or reckless than these earlier Herzogian tales and certainly no less enthralling.

Mr. Herzog is no ordinary filmmaker. It is the rare documentary like Grizzly Man, which has beauty and passion often lacking in any type of film, that makes you want to grab its maker and head off to the nearest bar to discuss man’s domination of nature and how Disney’s cute critters reflect our profound alienation from the natural order.” — Manohla Dargis, The New York Times