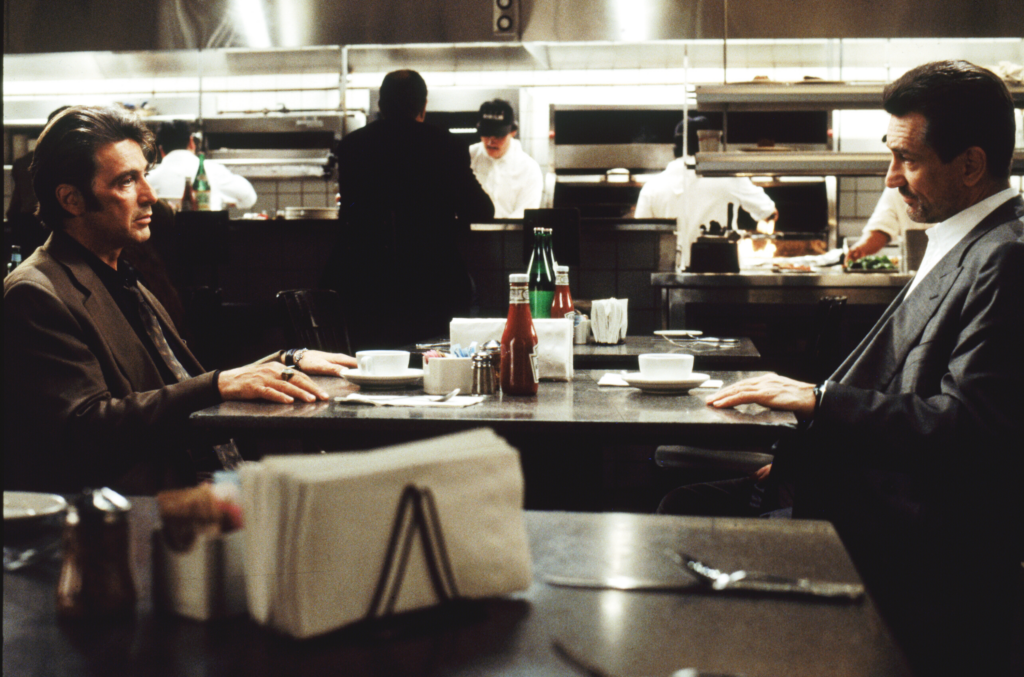 “A tightly wound professional thief (Robert De Niro) and a high-achieving LAPD detective (Al Pacino) are locked in deadly opposition as they vector towards each other in Mann’s modernist masterpiece. With his typically powerful choreography of action, sense of epic scope, and dazzling use of Los Angeles locales, the director transforms this gripping heist yarn into a fugue-like existential opera.”
— BAMcinématheque

“This is simply the best American crime movie — and indeed, one of the finest movies, period — in over a decade.”
— Time Out London

“Released in 1995, the movie remains the apotheosis of the director’s style — a muscular, outsized vision of laconic men at work. It is proudly old-fashioned and unabashedly movie-ish in its predilection for moments of pop cool and baroque grandstanding. Heat’s very scale announced its ambitions — the nearly three-hour film aspired to be the mother of all cop dramas. That made the gunfight at its center the mother of all shoot-’em-ups.”
— Elbert Ventura, Reverse Shot