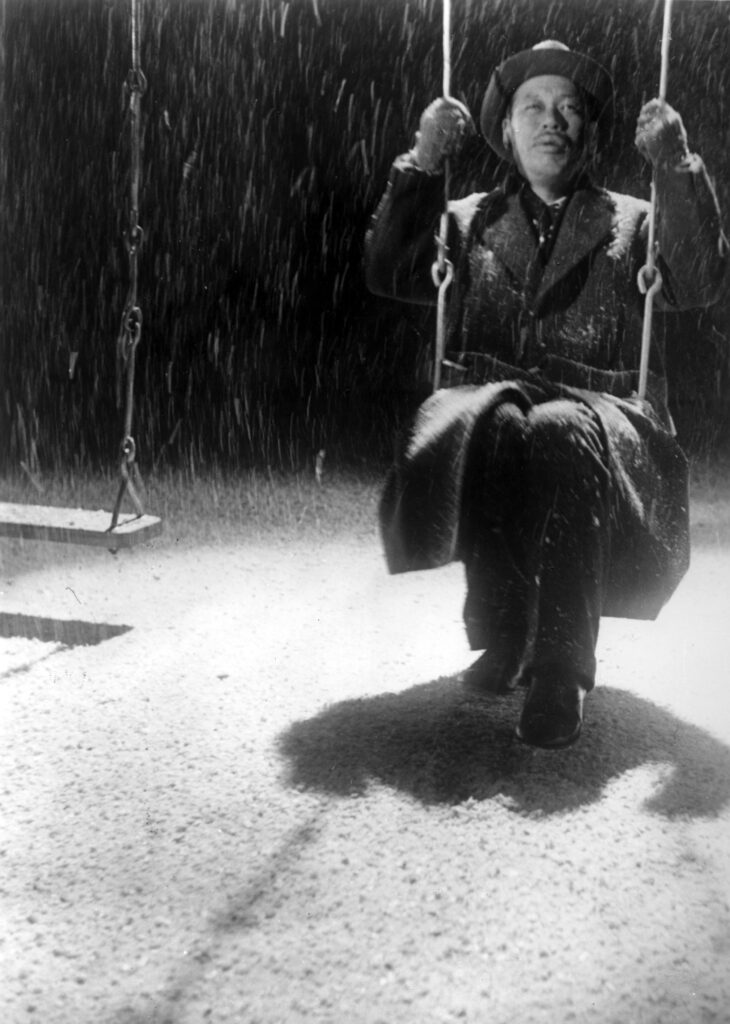 “Ikiru is a searing portrait of modern society in which individual will is the vassal to an impotent bureaucracy. It tells of a municipal government functionary, Mr. Watanabe (the marvelous Takashi Shimura), who wraps red tape around the most urgent entreaty: a mother’s plea for a park where a cesspool now exists. Watanabe is looking at his watch when we meet him, a habitual gesture that gains new meaning when he learns he has terminal cancer. Watanabe’s metamorphosis from Mummy (his office nickname) to conscious being is one of the great transformations in cinema, with no special effects required. As he begins to reject his past, into his life comes a curious novelist, a sort of kinder, gentler Mephistopheles who shows Watanabe a night on the town, dazzling in its possibilities, but also gleaming in mirrored reflections. Ikiru is a cinematic tour de force that travels in and out of timeframes like a camera of the mind.” — BAMPFA