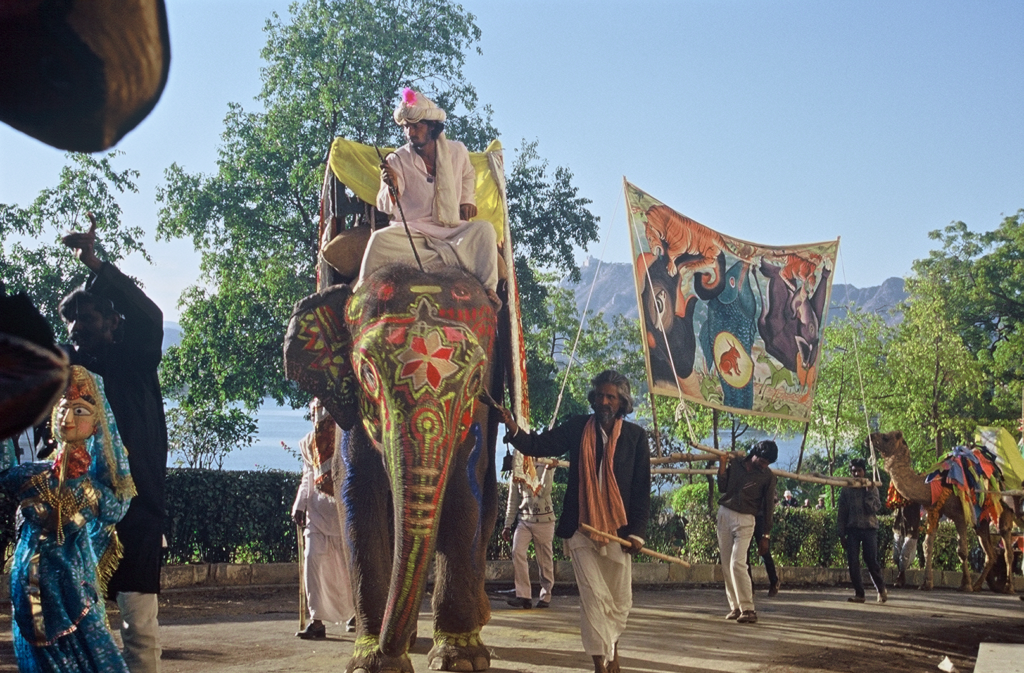 Jag Mandir: The Eccentric Private Theatre of the Maharaja of Udaipur

The distinction between reality and fiction is blurred in Herzog’s documentation of a grand folk-art festival of Indian culture. Allegedly organized and produced by the Austrian artist André Heller at the behest of the Maharana of Udaipur so that his son may experience the artistic diversity of the country before it succumbs to “McDonaldization,” the twenty-hour extravaganza is distilled by Herzog into a spectacular pageant.

“This is an especially straightforward film for Herzog because it seemingly exists wholly to document moments like this, to display the grandeur and beauty of these rituals and traditions. Jag Mandir is an interesting chronicle of a cross-section of Indian cultural artifacts, a document of various modes of expression and art that may be going extinct or disappearing from the cultural landscape of their own country.” — Only the Cinema