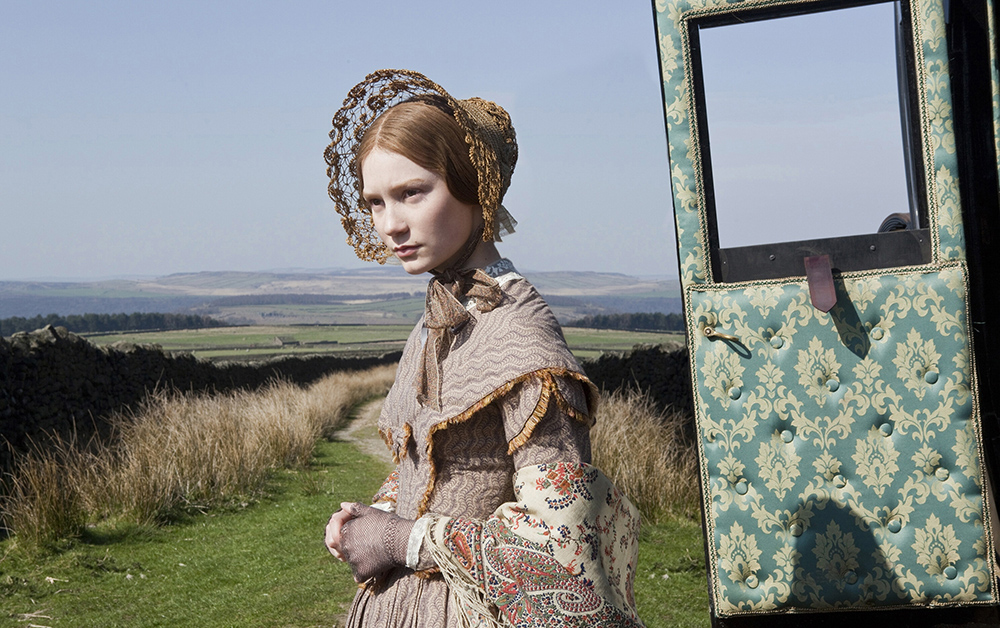 Piety and eros clash in Jane Eyre, Charlotte Brontë’s 1847 gothic romance novel adapted for the screen by screenwriter Moira Buffini. The story chronicles the tumultuous inner life of the titular Jane (Mia Wasikowska) as she recounts her transformation from abused orphan to fiercely independent governess living in a grand manor with a mystery of its own.