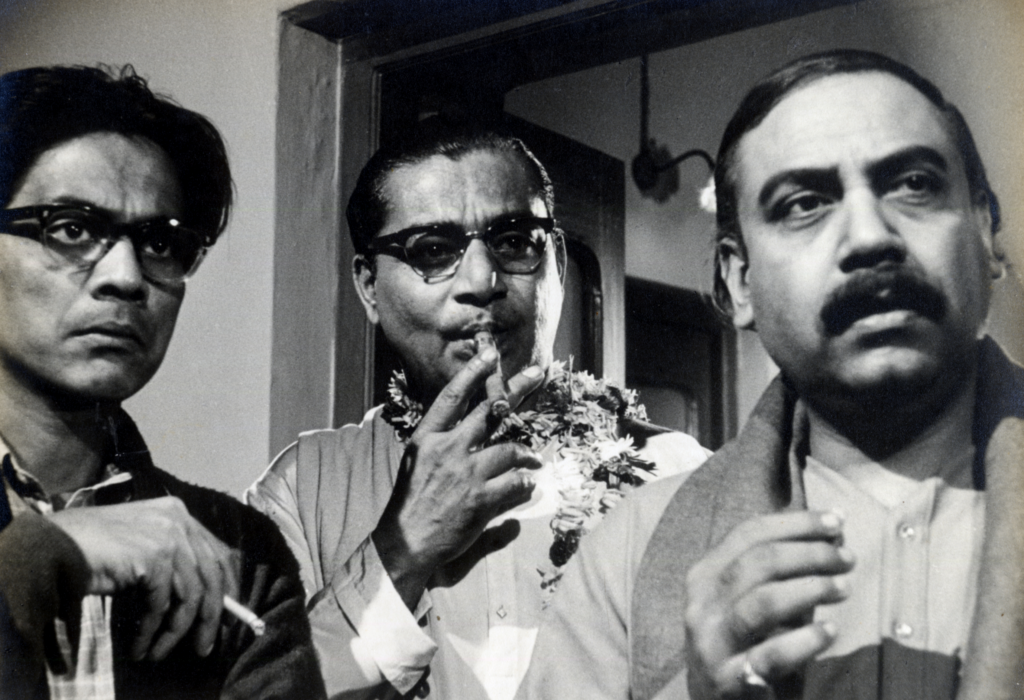 “A successful screenwriter (Soumitra Chatterjee) is traveling the country researching his next script when his car breaks down in a small town. The owner (Haradhan Bannerjee) of a nearby tea estate offers him a place to stay for the night, and the writer is surprised to discover that his former lover (Madhabi Mukherjee) is now married to the man. Ray makes the most out of this small cast and short time (the film takes place over the course of one day) to create an indelible portrait of missed opportunities.” — American Cinematheque