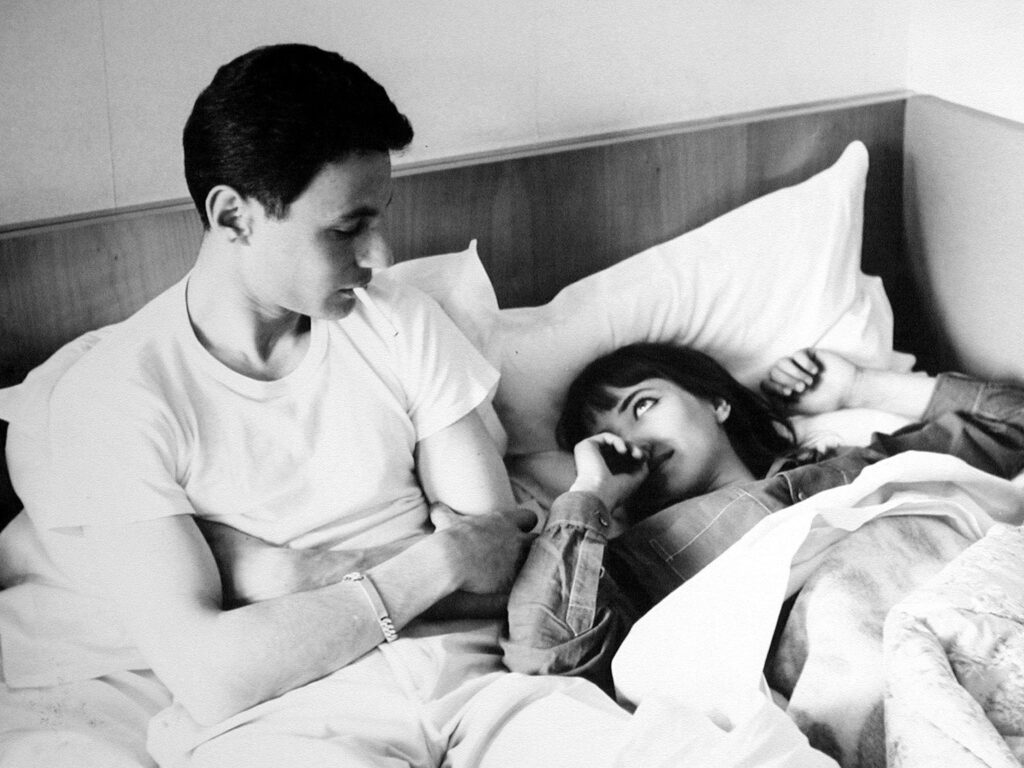 “Leave it to Godard to create a spy/terrorist ‘hero’ who’d rather moon over a woman’s eyes than fight. Disillusioned and in love with himself above all, young Bruno is a French spy (or counterspy, or something) in neutral Geneva during the French-Algerian War, blithely taking hit orders from his gun-toting superiors and doing his best not to follow them. Meeting the gray-eyed Veronica turns his mind further away from politics (she is Anna Karina, after all, in her first Godard role), but her involvement in an Algerian revolutionary group quickly has him running not just from the torturers on the ‘other side,’ but from his own supposed allies.”
— Jason Sanders, BAMPFA