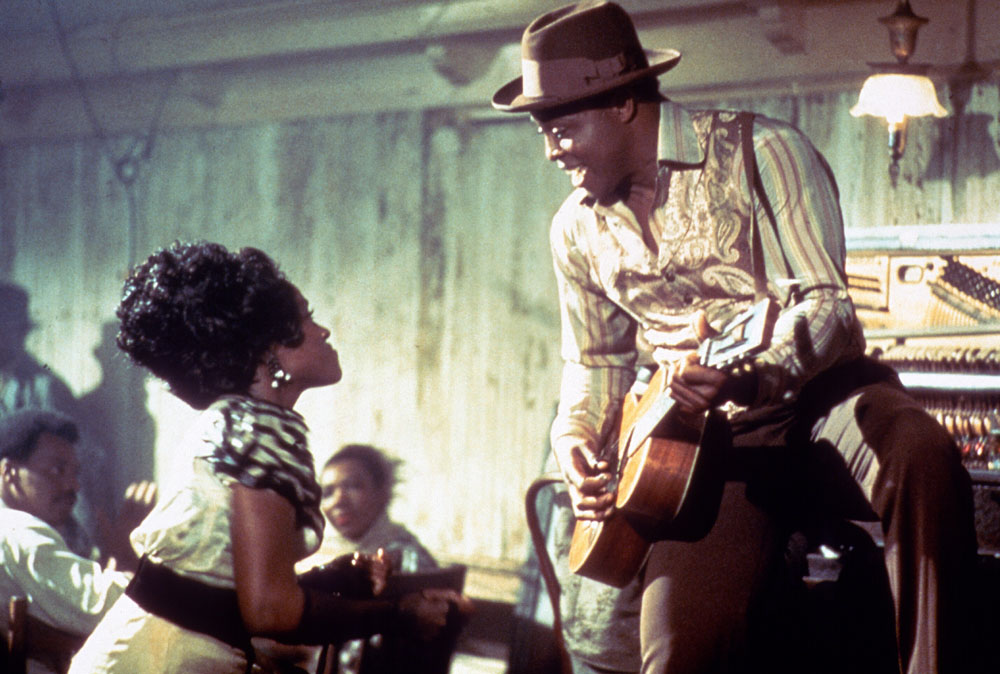 Gordon Parks’s 1976 film Leadbelly follows the story of the legendary folk singer, whose real name was Huddie Ledbetter, on his tortuous path to fame. Born in Louisiana in the mid-1880s, Ledbetter grew up in the segregated South. By his mid-thirties, he had already been to prison for assault, and was facing another thirty years of incarceration for murder. The film, mostly told in flashback, opens on Ledbettter (played by Roger E. Mosley) working on an Angola prison chain gang in 1933, well into his life with gray hair and a long repertoire of soulful songs, soon to be known to the world. One critic described the film as “a steel-string hymn to survival, defiance of the fates, and ultimate triumph of the artist and the man.”

Leadbelly played at the Loew’s Victoria Theater over the weekend of July 2, 1976.